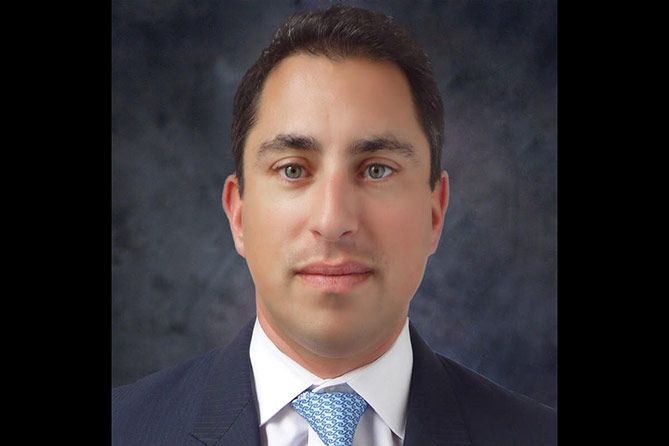 Jeff Schultz is a partner and general counsel at New York-based investment firm Navy Capital. The company has approximately $200 million invested in the cannabis industry across about 40 different companies. About 90% of those are in the United States, with more than half being plant-touching businesses. The rest of the $200 million is split between Canada, Europe and Israel.

ADVERTISEMENT
Schultz describes some of the recent changes in the industry, such as capital constraints, as “tectonic” and predicts there might be a large shakeout in 2020 as some companies fight a losing battle amid ever-fading chances of profitability. However, Schultz predicted investment opportunities will abound, and he addressed social equity in the cannabis industry.

What are some of the biggest changes you have seen in the cannabis industry during the past several months?

We’ve seen some tectonic shifts in the industry over a relatively short period of time, which is not atypical of a bourgeoning industry like cannabis. We’ve seen a transition from capital raising based on lofty expectations to a more grounded approach to focusing on a clear line of sight to profitability.

We’re also seeing increasingly fewer companies seek liquidity through Canadian exchanges, which are certainly not the panacea many hoped them to be. These exchanges are illiquid, and retail investors have had trouble opening brokerage accounts that permit trading on, for example, the Canadian Securities Exchange. This lack of liquidity, layered onto the fact that many of these companies have “gone public” perhaps prematurely, together have created tremendous volatility in the public cannabis markets.

Other factors have contributed here as well, including “Vapegate,” lack of progress of federal legislative reforms and the U.S. Food and Drug Administration’s failure to provide regulatory guidance on CBD and other hemp-derived products.

As a fund that manages both a public and private book, we try to take advantage of these periods of high volatility. While we wish the cannabis markets were a bit more stable, we view this is an opportunity to make money for our investors. As Warren Buffett once said, “Be fearful when people are greedy, and be greedy when people are fearful.”

The other shift is the focus on profitability. Investors rushed into West Coast markets and brands in 2018, but in 2019, the profitability story was really being driven by East Coast and Midwest vertically integrated operators. The importance of vertical integration from a supply and cost perspective was really highlighted in 2019.

Do you expect such trends to continue through the year? Or will other issues take on a bigger role?

While we don’t have a crystal ball, we expect to see more pain before the industry stabilizes. In particular, it would not be surprising to see a wave of bankruptcies in Canada and California. (We are closely watching trends in U.S. cannabis companies restructuring since they cannot avail themselves of federal bankruptcy relief).

We’re also keeping a close eye on adult-use legalization efforts on the East Coast and hopefully the passage of the SAFE Banking Act in 2020—both of which could be strong catalysts for a better year.

One trend we expect to continue to grow is creative, nondilutive financings. The well will eventually run dry on pure sale-leasebacks, so we expect to see more debt financings like the one announced recently by Curaleaf (for $300 million).

We anticipate that Tier 1 operators will be able to negotiate materially better terms than the rest of the industry, which will also likely seek debt financing but perhaps on much more onerous terms.

Likewise, we expect profitable, vertically integrated multistate operators (MSOs) to gain operating leverage in this environment and benefit from the lack of capital to finance competitors. We believe the moat for these operators gets deeper in 2020.

Lastly, we expect to see cultivation in particular as a highly profitable business in the near term in states that are converting from medical to adult use or where medical markets are first coming online.

Each state exists as its own unique commercial microclimate, and the supply chain build-out and maturity naturally takes more time than consumers, operators and investors often want or expect. This creates a supply shortage, driving up the price of wholesale flower, which is a trend we expect to continue in these states in the near term.

Which sectors in the industry interest you most as an investor, and why?

We are very positive on vertically integrated MSOs on the East Coast and Midwest. There are some very juicy markets coming online in 2020 and potentially even more in 2021.

We believe these operators will see some very exciting growth and profitability.

We are also excited for California brands to start emerging as winners. We are seeing several of our portfolio companies take market share and win from a positioning standpoint. Again, we believe this is an environment where winners pull away.

Have changes in the industry affected your company’s investment thesis?

The industry looks completely different from when Navy began investing in the industry in 2016. We’ve seen the less-than-perfect rollout of the Canadian legal market, a one-way trend toward legalization of both medical and adult-use cannabis in dozens of states, the initial attempts at both building brand identity and the creation of the multistate operator in the United States.

From a business-model standpoint, the irony of the market today is that vertical integration in the U.S. commands a premium because of the lack of capital and bumpy implementation of freshly legalized markets. Capital flooded into Canada to support capacity build-outs and created massive oversupply. The inverse dynamic exists in the U.S. today.

How can the cannabis industry become a more level playing field for all participants? Can investors play an active role in that aim?

Minority communities have had to bear the brunt of the war on drugs, yet their ownership of the cannabis industry is negligible at best.

Social equity programs will not be judged by how many minorities employed or how many licenses handed out; they will be judged on the long-term impact these programs have on the communities most heavily impacted by the application of the criminal justice system. It will be judged by what percentage of the industry is ultimately owned by minorities, and how many lives will be positively, permanently impacted by these programs.

Ultimately, nonpredatory capital is essential to the end goal of not just enabling minorities to compete but also to win in this industry, and we believe this is the key to any successful social equity program.

Programs that permit “straw man” minority ownership will fail. Programs that provide for social equity licenses but do not provide the resources needed to even turn the lights on will fail. Sustainable opportunities require support, training and other valuable resources. These resources all require capital, because, after all, cannabis and capital have converged and social equity programs will fail if they do not acknowledge this basic fact.

Navy Capital has invested in 4th MVMT, which is a social equity-focused cannabis business that operates similar to a franchise model. They empower licensee candidates to successfully own and operate their own business by providing the tools that enable professional and personal development, leadership training and, of course, access to back-office resources, real estate and capital required to win. This isn’t about handouts; it’s about changing lives.