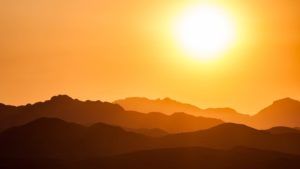 Nearly a year after giving its recreational marijuana program an early start, Nevada is making additional licenses available, but only for businesses that already have permanent or provisional medical marijuana certificates.

The program expansion comes at a time when the industry still is growing at a healthy clip: In March, medical and recreational cannabis sales totaled $49.6 million, up nearly 25% from $39.9 million in July 2017, according to statistics released by the state.

The application period for the additional opportunities runs June 13-23, according to Stephanie Klapstein, public information officer for the Nevada Department of Taxation.

In an email to Marijuana Business Daily, Klaptstein noted:

Under law, the Nevada Department of Taxation has 90 days to approve or deny an application.

Later this summer or early fall, the state will open applications for existing MMJ certificate holders to apply for any type and number of adult-use licenses, Klapstein said.

The state so far has issued 61 adult-use retail store licenses. Available licenses are based on population per county, up to the statewide cap of 132.

On Nov. 16, the statutory period of exclusivity ends. At that point, any person – regardless of whether he or she is already in the marijuana business – is eligible to apply for any license type.

But the state doesn’t know when it might hold an application period after that date, Klapstein said.