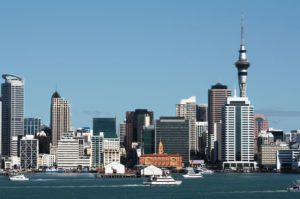 New Zealand has scheduled a date for its next general election, which will coincide with a referendum on the legalization of recreational cannabis.

On Sept. 19, New Zealanders will be asked to answer the straightforward question, “Do you support the proposed Cannabis Legalization and Control Bill?”

Two options will be on the ballot:

In December, the first draft bill was released to the public outlining a wide range of business opportunities if the country voted to overturn adult-use cannabis prohibition, including those related to cultivation, manufacture and retail.

The final draft bill is expected to be released “in early 2020,” which will contain more detail and take into account public and industry feedback.

“The government is publishing a draft bill at this point to ensure that New Zealanders are informed about the direction being taken and the decisions that have been made to date,” according to the referendum website.

The current government has said the vote is binding, but opposition parties seem less committed, according to industry sources.

“It’s still unclear just how binding it really is. Even the current government says that it will be up to the new government to work through when and how it implements the legislation,” Manu Caddie, CEO of Rua Bioscience, said in a phone interview with Marijuana Business Daily.

“I think it would be brave to ignore (the referendum result) if there is strong public support,” he said. “But it could be close, which would give room to wriggle out of it.”

If more than 50% of ballots are in favor of the draft legalization bill, the incoming government would be responsible for formally introducing a bill to Parliament.

The referendum is a wholly separate matter from the new medical cannabis scheme, which takes effect April 1.