Ohio’s Supreme Court affirmed that lawyers in the state will be allowed to serve medical cannabis business clients, much to the relief of hopeful cannabis entrepreneurs.

The justices amended the Ohio Rules of Professional Conduct to give attorneys clear permission to advise MMJ businesses and clients, Cleveland.com reported. The move reverses a non-binding advisory opinion issued last month, in which the court originally took the position that Ohio lawyers who worked with MMJ businesses would be violating state rules.

The new amendment reads: “A lawyer may counsel or assist a client regarding conduct expressly permitted under Sub.H.B. 523 of the 131st General Assembly authorizing the use of marijuana for medical purposes and any state statutes, rules, orders, or other provisions implementing the act. In these circumstances, the lawyer shall advise the client regarding related federal law.”

Chief Justice Maureen O’Connor said the amendment was fast-tracked because of the ongoing uncertainty between state and federal law where cannabis is concerned, Cleveland.com reported.

Ohio attorney Tom Haren applauded the move, but said the court could have granted more flexibility in interpreting the law for potential clients. “The only time that we may still have a gray area is on the margins where a client asks an attorney to determine whether something is permitted under the law and it’s not clear,” Haren told Cleveland.com.

Trademarks: Some, but not many, protections for cannabis companies 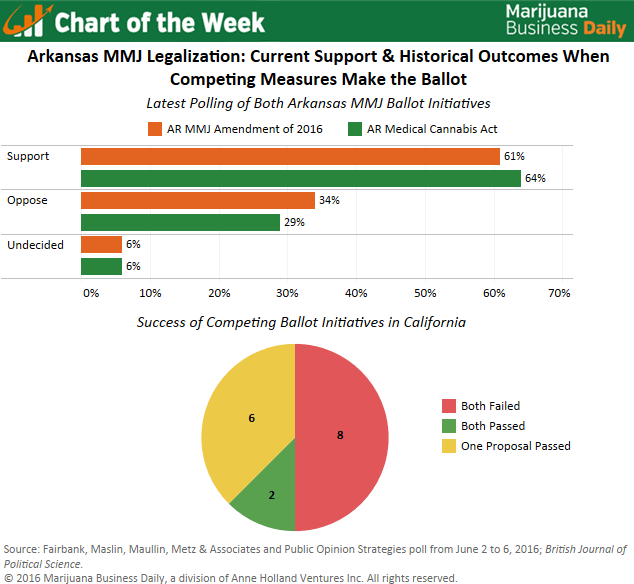 Week in Review: Michigan medical cannabis firms in limbo, MA to the rescue, Alaska crawls ahead