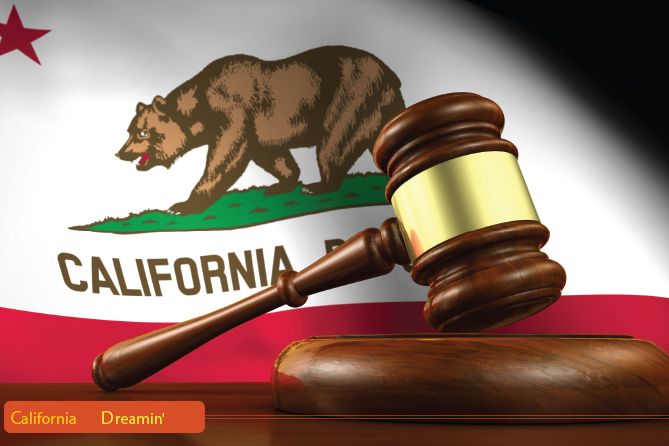 Non-California MJ entrepreneurs can set up shop in the Golden State, but local regulations, customs and other factors can present roadblocks

You don’t have to hail from California to get in on what will be the biggest cannabis market in the world.

The Golden State’s new medical and recreational marijuana programs do not have a residency requirement – a fact that could attract droves of out-of-state entrepreneurs to California and revive memories of the 1849 Gold Rush.

But does that mean cannabis entrepreneurs can stroll into California and open a business? Hardly. While there are no legislative or legal obstacles to non-California marijuana businesses at the state level, they do exist at the local level, in terms of regulations, real estate and culture.

“There will be tremendous opportunities,” said Avis Bulbulyan, CEO of SIVA Enterprises, a Los Angeles-based, cannabis-focused consultancy. “But California has its own unique rules and culture, and you need to be mindful of that as an out-of-state person, otherwise it’s going to be difficult to get traction and shelf space.”

While California’s new MMJ and adult-use law doesn’t mandate state residency, it does require business license applicants to first have a local MJ business permit before they can apply for a state permit. And many of those municipalities require marijuana business operators to be residents of California or the municipality where they want to apply.

“You can’t apply for a state license until you have a local permit. So, a lot of this is determined by a local permit,” said attorney Joe Rogoway, head of the California-based Rogoway Law Group.

“There are definitely cities and counties that are putting a premium on being a resident or being a local,” she said. “No two are the same.”

For example, some towns may ban non-California residents from holding a license altogether, while others may allow out-of-staters to hold only a minority stake of a license, attorneys said.

Take Los Angeles. Its draft industry regulations – which were still being finalized as of press time – say no out-of-state companies can come in and set up a business, according to Bricken. Businesses must have some California ownership. In Hollister, southeast of San Jose, a local resident must have at least a 50% stake in any MMJ or rec business located in the city.

Other municipalities may not have residency requirements but will put up other “protectionist” measures that give existing operators an inside track. For example, two of the three counties in the Emerald Triangle – Humboldt and Mendocino – will require medical and recreational business owners to prove their company has been operating since before Jan. 1, 2016, Bricken noted.

“While not a residency requirement, it’s definitely a protectionist measure to toss a bone to existing operators,” she added.

Some towns and counties, meanwhile, have no barriers to outside businesses.

The best way to know for sure if the locale in which you want to start a marijuana business accepts out-of-state applicants is to check its MJ-related ordinances, which are often online. If not online, a phone call to the local government offices should get you an answer.

“There are pockets that want the (economic benefits) and don’t care where the operators come from. But in more metropolitan areas you’re seeing cities and counties say, ‘Look, we trust the people who have been doing it. We want to make sure that they get in,’” Bricken said.

Of the communities that allow marijuana businesses, which ones are most likely to allow out-of-state license holders?

Economically slow communities – especially in Southern California and the state’s desert cities – “really want the economic boost so they’re not putting up these barriers to entry that other towns are,” Bricken said. “These smaller rural, desert communities are wooing anyone.”

Another consideration is how far along a municipality is in its decision-making process. If a city has already decided to allow marijuana businesses, it’s likely that many applicants have already lobbied local officials and have their ears, putting them at an advantage over other applicants, Bulbulyan said. They may want to shut the door to out-of-state entities, for example. So it’s better to look at cities that are considering accepting businesses but haven’t finalized their regulatory plans.

It’s also important to identify the sector you want to enter. In making that decision, out-of-state entrepreneurs will need to weigh some factors, including available real estate and its cost, other expenses such as local taxes, and the number of potential competitors.

For example, a cultivator could find it much more expensive than a rosin manufacturer to start from the ground up, since growers may have to construct a large building complete with heating, ventilation and air conditioning, among other costs. A rosin manufacturer, by comparison, can operate a press out of a relatively small room, Rogoway noted.

“Right there you have a much lower barrier to entry,” he added.

Under California’s new MMJ and rec regulations, however, growers may have the option to distribute their own products, and vertical integration is allowed, making growing more attractive under the new regime than what it’s been up to now, Bulbulyan said.

Another important consideration, especially if you’re in cultivation and/or manufacturing, is real estate availability, prices and tax rates.

In most municipalities, real estate usually starts off at $120-$150 per square foot, Bulbulyan said. But once those locales decide to allow marijuana businesses and start working on regulations, prices can “skyrocket” to $300-$400 per square foot.

“So you want to jump on that as quickly as you can,” Bulbulyan said. “In Long Beach, as long as you have the real estate, and meet the compliance requirements, you’re going to get your license. … But you won’t find anything for less than $300 per square foot out there, whereas six to 12 months ago, it was about $150 per square foot. Timing is everything.”

If out-of-state entrepreneurs are determined to get a toehold in a California local market that doesn’t allow out-of-state residents, there are ways it can be done.

The best opportunity, in Rogoway’s opinion, is for out-of-state businesses to acquire property and then lease it to an operator, such as a retailer, manufacturer or cultivator, he said.

Another possibility is to partner with a local operator, and those partnerships can take on different forms, including:

Again, remember that different municipalities will have different rules for out-of-state partnerships.

“Local government is not really concerned with corporate structuring and financing. Their job is to make sure you’re complying with rules and land use,” Bricken said. “But it depends on the city and county and how they interpret that. As long as the city doesn’t take issue with that partnership, then you’re fine.”

But those who aren’t residents beware: Many local California businesses casting themselves as potential partners for out-of-state entrepreneurs may be a source of pain.

Bricken said her law firm recently has done due diligence for several out-of-state clients on California cannabis businesses. But the firm has yet to finalize a deal because none of the business candidates passed muster.

According to Bricken, red flags can include operators who are inexperienced, have poor compliance standards or “don’t have the accolades that they claim to have.” Local operators also may inflate the actual dollar value of their business.

“There’s not always lots of transparency. So you could be walking into a big tax obligation, an illegal operation, or maybe the person who signed the deal didn’t have the authority,” she noted.

To avoid these pitfalls, Bricken said, business owners need to get “a thorough corporate and asset due diligence checklist.”

Further, Bricken advised, if the people you are vetting don’t answer questions, then you know it’s a bad deal. In a typical merger or acquisition deal, the seller should be willing and able to answer every single question you have.

“It’s potentially one of the best markets in the world, but also one of the most dangerous because of the people who are already operating in it. You need to be asking questions constantly,” Bricken said. “And if you’re not getting the responses you need, don’t be delusional. You’re probably walking into a trap.”