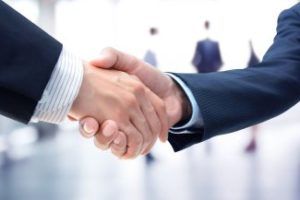 As the marijuana industry grows and new markets come online, many cannabis businesses are looking to expand outside their home states and develop far-reaching brands.

Doing so often involves hooking up with an in-state partner in the new market.

Many states have implemented some type of residency requirement for ownership or investment, while others favor applicants with a local connection when granting business licenses.

But figuring out whether or when you need a partner can be complicated, as can ensuring a smooth relationship once a deal is inked.

“Residents look for out-of-staters as much as out-of-staters look for residents to recruit,” said Avis Bulbulyan of the Bulbulyan Consulting Group in Burbank, California. “One compliments the other when the marriage is handled the right way.”

Each state has different rules when it comes to outside involvement.

Hawaii, for example, allows out-of-state entrepreneurs to own up to 49% of a licensed MMJ business, while Washington State currently prohibits non-locals from investing in recreational marijuana businesses.

In states that allow some type of outside participation and have caps on licenses, officials who determine winners are often torn between awarding permits to locals vs. entrepreneurs from other markets who already have cannabis industry experience.

“Of course I can understand (the motivation) to keep the money and the responsibility in the state,” said Greta Carter, president of the G. Car Companies, which operates marijuana businesses in several states. “What they also have to recognize is if they haven’t had legalized cannabis up until that time, there needs to be a cannabis expertise brought in to that team. And it’s highly impractical to believe that cannabis expertise is going to come from within the state.”

“They definitely want to keep it in the control of local folks, but at the same time they know that the local folks don’t have that experience necessary to take such a large operation and make it a success,” said Khalatbari.

Khalatbari noted, however, that in Illinois – where he was involved with successful cultivation applications – reviewers chose inexperienced locals over experienced teams from states with legalized marijuana.

He believes history will repeat itself in Maryland, which received 1,046 license applications, including 811 for dispensaries.

“Even though Maryland’s seeing a lot of these out-of-staters, my guess is they’re going to give preference to local people too,” Khalatbari said.

More than 89% of applicants in Maryland list themselves as being from the state. But many of them are driven by out-of-state entrepreneurs who found local partners and staff and incorporated in Maryland.

That’s the approach that Brian Fox used in Maryland, where he submitted four dispensary applications.

Fox is a St. Louis resident behind Illinois’ first operating dispensary, Harbory. Most of his proposed Maryland team is local, including the dispensary staff and a doctor from Johns Hopkins University in Baltimore.

“I wanted as much local representation as possible,” Fox said. “I don’t want to be an outsider.”

Khalatbari believes this is a winning strategy.

“I think it’s going to be a blend of having that local team with out-of-state experience, either as a consultant or minority partner,” said Khalatbari. “That seems to be the recipe for success.”

But some industry observers warn that application reviewers see through such a strategy and may even perceive it as a negative.

“People that parachute in from out of state with a lot of money, that could be frowned up,” said attorney William Askinazi, president of Cannabis Law and Business in Maryland. “And if you’re an out-of-state person who gets locals on your team, people see them as straw men.”

Steve White, CEO of Tempe, Arizona-based Harvest – which is involved with marijuana businesses in Arizona, Nevada and Illinois and submitted more than 20 applications in Maryland – said getting locals on an application isn’t as vital as it might appear.

“In Nevada, we ultimately approached that market with the assumption that a minority interest for an out-of-state partner like us would make it more likely that we would have greater success gaining license interests. And while the approach was successful, I’m not so sure that it was necessary,” White said.

If an entrepreneur has ambitions to go into another state and find a local partner, learning as much as possible about the other people involved, and where their money comes from, is critical, Carter said.

There may be people on the team who try to exploit loopholes that jeopardize the entire effort, while others don’t handle pressure well.

Given that it can take more than two years to go from application to dispensary opening, being with a team that you can get along with is paramount

“One of the very first questions that is asked in every application is if you’ve ever been denied a license or had a problem with another marijuana license,” said Carter, who added that she’s turned down more teams than she’s accepted to join. “The vetting process is more important than the business arrangement for me.”

“When it’s so incredibly competitive you need more than just a bunch of people with money who want to win,” she said. “It’s the balance of the right skill-sets. It’s the commitment levels. It’s the money. It’s the real estate. It’s your involvement in the community. There are a lot of moving parts to a winning application. And it’s not getting any easier because each state is more competitive than the last.”