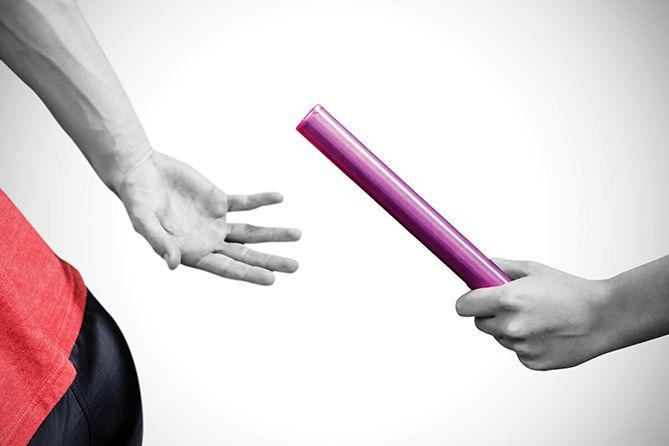 When is a good time to give up the responsibilities of the corner office? It’s a question that confronts a growing number of top marijuana industry executives who founded their businesses. As the cannabis industry matures, a number of the early companies have grown to the point where their founders are beginning to recognize they’re no longer the right person to run them.

But knowing when it’s time to give up the reins is not easy. “You have to learn to step out of the way,” said Andy Williams, who co-founded Denver-based Medicine Man. “That’s really hard for people to do. It’s kind of your baby.”

As a serial entrepreneur, Williams should know. He co-founded Medicine Man in 2009 with his brother, Pete, to produce high-quality, low-cost medical marijuana. When Colorado legalized recreational marijuana in 2014, Medicine Man jumped in, opening three retail shops in the Denver area.

As the years passed, however, Andy Williams realized he was no longer the best person to run Medicine Man. “You know it’s time when the work gets boring,” he said. “You have the company running on a routine basis. That’s the time you have somebody take your position. Most entrepreneurs aren’t happy in a CEO role; it gets monotonous. They envision the future and build the framework necessary to achieve it.”

While Williams still holds the title of CEO, he’s no longer involved in Medicine Man’s day-to-day operations. That responsibility has landed on the shoulders of his sister, Sally Vander Veer, who took over as president in 2014. “I went into it knowing I wanted to work myself out of the position,” Williams said.

Deciding when to go is just the first step for any CEO. The next step is finding the right successor. “You’ve got to be thinking about it when you start the business,” Williams noted. “You have to identify talent and mentor them.”

Tripp Keber, the co-founder and former CEO of Dixie Brands, a Denver-based edibles company, began thinking it might be the right time to pass the baton in late 2016, while reading an article in the Harvard Business Review titled, “Why Entrepreneurs Don’t Scale.”

“All of us have a little voice in the back of our heads that tells us the truth,” said Keber, who stepped down as chief executive in December after having co-founded Dixie in 2010. “That was in the back of my mind for most of 2017. We were dealing with lots of growth and expansion. We had trials and tribulations along the way, and I really started to do some soul-searching about my skill sets and professional experience.”

That soul-searching allowed him to have open and honest conversations with the Dixie team that were predicated on trust and ultimately determine that Chuck Smith, who co-founded Dixie with Keber, would be right person to take the company to the next level.

“Chuck is far more analytical than I and has a strong financial background,” Keber said. “We own more than two-dozen companies together. Dixie became the shiniest object in our portfolio and required more than my attention.”

Keber said he remains actively involved with Dixie. The business licenses remain in his name, and he has a seat on the board. But he knows it’s important to step aside and let Smith run the company.

“I have as much – if not more – to lose than anybody,” he said. “I’m still actively engaged, which is a delicate dance of ballet, because Chuck is extremely competent and a very capable leader. I have to be respectful of anybody who sits in that role.”

Once a CEO has determined it’s time to go, the next step is finding the right person to run the business.

Susan Heathfield, a Michigan human resources management and employment expert who writes for TheBalance.com, said handing a company over to a family member is often more comfortable for a business owner, because there’s already a relationship that’s been built on trust.

But if passing the company off to a family member isn’t an option, she said it’s critical that you’ve hired the right people.

“The key thing is to make sure you’ve hired the appropriate people that can actually build their talent and skills to replace whoever the current CEO is,” Heathfield said. “If you haven’t built that leadership, you’re going to have to seek a buyer or talent outside the company.”

If you have to look outside the company, Heathfield added, it’s best to stick to people already in the industry.

“With every industry, it’s knowing who the players are, knowing who has the experience and who has been successful,” Heathfield said. “Your best candidate is going to be somebody who is successfully working at another company in the job you are hiring to fill.”

Because the legal marijuana industry is so new, however, it’s often difficult to find someone in the industry who is qualified and willing to move to a new company, said Paul Seaborn, an assistant professor of management at the University of Denver Daniels College of Business.

“What I see happening is these firms looking outside the industry for someone who’s had success in an unrelated field,” said Seaborn, who’s been teaching the course Business of Marijuana.

But convincing someone to jump from mainstream corporate America into the cannabis industry can be a challenge.

“What I hear often is companies feel like they’re missing out on a big pool of talent because people aren’t interested in taking the risk,” Seaborn said. “To some extent, there’s still a stigma about being associated with the industry.”

Since Medicine Man, Andy Williams has started three other cannabis-related companies, which he has since turned over to other people who were promoted within the business:

Williams admits it can be tough to relinquish control of a company, but it’s the only way to get quality people to step in.

“It’s a leap of faith,” Williams said. “You have to give them the vision and direction, but for the most part, you have to get out of the way.”

Williams said he likes to promote from within, so he’s careful about the people he hires and keeps an eye out for talented individuals who can take on leadership roles. He then mentors them to develop those skills. When he’s hiring, he looks for intelligent people who have a good work ethic.

“You want somebody who is comfortable with chaos and has a level head, somebody who is able to deal with discomfort and uncertainty,” he said. “And you have to trust them.”