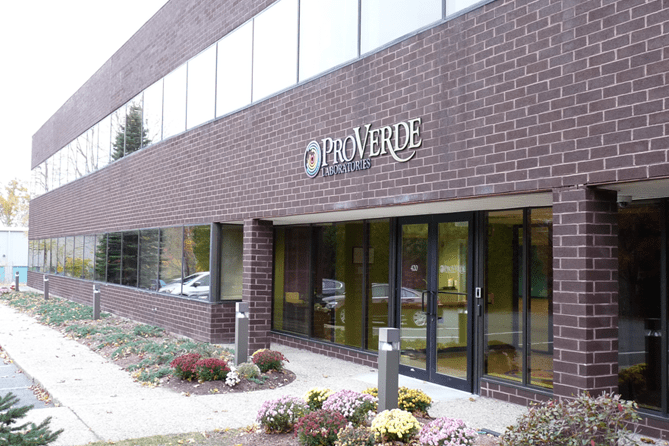 After signing a petition to get medical marijuana onto the Massachusetts ballot several years ago, serial entrepreneur Dorian Des Lauriers immediately began to consider the business opportunities. “I looked at the dispensary model,” he explained, “but the three worst words for a business are ‘not-for-profit.’” While some states allow for-profit dispensaries, the measure Des Lauriers backed – which voters ultimately passed in 2012 – stipulates that medical marijuana centers operate as nonprofits.

Des Lauriers then spent months researching other opportunities, networking and developing a business model. The result: He founded ProVerde Laboratories, a million-dollar facility to handle extractions, formulation and testing.

“On the medical side, it makes absolute sense because everything you put in your body is tested and should be tested,” he said.

The only problem? He got moving a little too early.

Although the state made medical marijuana legal in 2012, the licensing process for dispensaries has been bogged down by controversy and delays. As a result, the first dispensaries aren’t slated to open until well into the first quarter of 2015 – months later than initially planned.

“We were ready to go, but you could hear crickets outside the door” of the original Massachusetts facility, he said.

Des Lauriers, however, has a temperament suited for entrepreneurialism.

“I’m persistent. I can jump off a cliff and then make a parachute, or find someone to help me before I hit bottom,” he said. “I am a problem solver – I go over, under, around or through it until I reach my objective.”

In order to keep the business alive while Massachusetts meanders its way toward opening day, the ProVerde team sought out every possible alternate market, including:

In fact, the delay in dispensary licensing has opened up long-term business opportunities that Des Lauriers hadn’t initially considered.

“We would not have spent our time expanding north and south if Massachusetts had been ready for us,” Des Lauriers admitted. “Now we plan to expand nationally.”

Plus, he sees opportunities to expand services: “There’s a whole world of testing – edibles, soil, etc. There’s all this need,” he said.

Beating the Competition by Being Unique

Aside from persistence and flexibility, Des Lauriers shared others insights for success as an MMJ entrepreneur.

An important one: Seek out and focus on key differences that make your business unique in its field.

“To compete, keep your eye on the ball, not necessarily on everybody else,” Des Lauriers said.

For example, ProVerde is built around high-end services and is a member of the Massachusetts Biotech Council as a drug development company.

“We put technology at the forefront. The science is mind-blowing,” Des Lauriers said. The lab is ISO-certified for a variety of tests and can extract CBD at the molecular level. Its equipment is unusually efficient – samples only take five minutes to run.

“We use green technology that uses CO2 instead of nasty chemicals that are hard to store or dispose of,” Des Lauriers said. “We wind up with two to three gallons of waste after two or three years versus five gallons a week.”

Stop Fundraising and Get to Work

As a member of cannabusiness investing circles, Des Lauriers also has a first-hand view into what some describe as a funding feeding frenzy.

“I see more and more investors pouring money into the space. Investors have a fear of missing out, so they’ll pour in good money after bad,” he said. “Some businesses that will ultimately fail are being artificially propped up.”

Given this reality, a fair share of entrepreneurs are infatuated with the idea of raising money over building a business.

“They have great pitches about what the future will be like. There’s an adrenaline rush, a thrill in pitching,” Des Lauriers said. “Unfortunately they may have an idea but they don’t have execution. They keep pitching but not spending” the money they raise.

The take-away: Be prepared to turn your attention to the business after your initial capital raise.

“At some point you have to stop telling your story and start doing the work,” Des Lauriers said.

As for investors eyeing the cannabis market, Des Lauriers’ advice is to look for experienced entrepreneurs who not only have a defensibly unique business idea, but have proven they can “go over, under, around or through challenges” when inevitably reality doesn’t match plans.