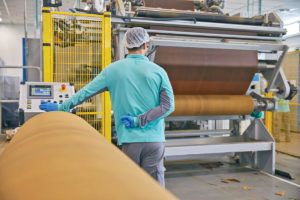 As fallout from the vape crisis persists, cannabis extraction companies can pivot to new products and less-common extraction methods

The business impact of the vaping health crisis is serious, but cannabis extraction companies that can find another way to generate revenue should be positioned to weather the storm.

Easley expects extraction companies will pivot to different consumer packaged goods similar to what the tobacco industry has created—specifically, a product similar to Philip Morris’ Heets, a single-serving unit that heats the plant material in a “plug” at much lower temperatures than burning it.

“Anything that’s heat-not-burn is going to be great,” he added.

Easley advised vape companies to look for alternative products that aren’t oils but still offer the convenience and discretion of vape pens as the industry continues to move away from flower and more to packaged goods.

He also said changing regulations at the state and local level will probably have an impact on extraction companies. For example, expect to see states adding more stringent regulations that tighten restrictions on companies using volatile extraction methods such as hydrocarbon extraction.

“It’s really time to start thinking about differentiation,” he added.

Moving Away from Solvents

Extraction companies looking to sidestep the regulations may want to move away from solvent-based extraction methods, he added.

“The industry is going to move away from the ‘Everclear’ distillate,” Holliman said, meaning that the high-potency oils that need added flavors for vaping would be out of fashion.

Holliman said that’s not necessarily because the distillate flavoring is what’s causing illnesses. Rather, as consumers become more sophisticated, they are likely to ask for products that are broad spectrum and contain more cannabis-derived terpenes.

“We’ve hit the plateau of where that THC distillate is going to take us,” Holliman said.

Companies that want to continue to make distillate won’t have much luck with adding cannabis-derived terpenes because of the high cost, he added.

The vaping health crisis has accelerated the maturity of consumer-buying behavior. More consumers are asking for broad-spectrum oils rather than distillate, according to Holliman, and retailers are responding in kind.

“Most vendors have already started to get out in front of that from a retail perspective,” he said.