MJBizDaily » Seed to CEO » Elev8ed Entrepreneurship: How to Build the Green American Dream 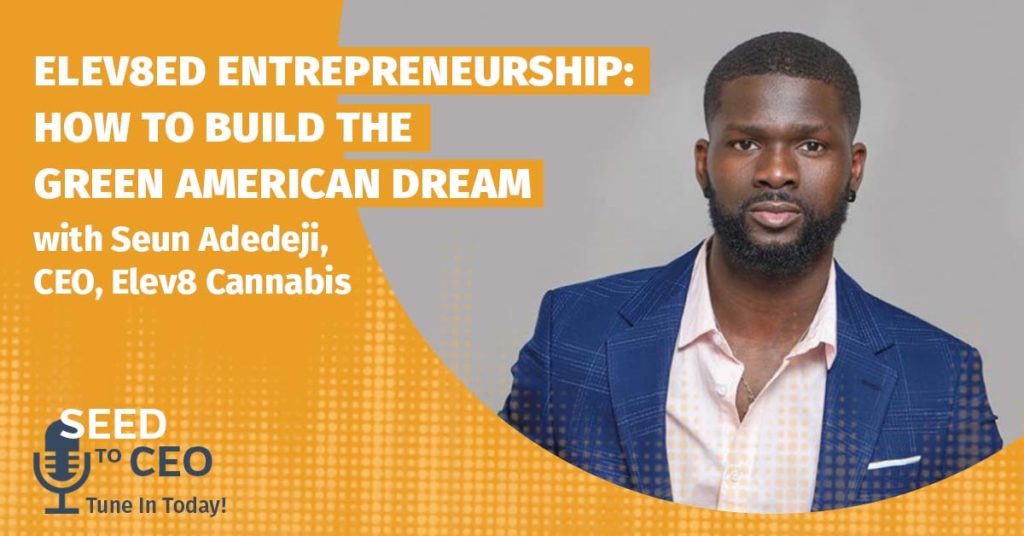 Starting a cannabis retail business with only $50,000 may seem impossible, but that’s how Seun Adedeji got his start in the Oregon adult-use market at just 23. Today, the 28-year-old’s Elev8 Cannabis has locations on both coasts (Oregon and Massachusetts) and plans for further expansion. In this episode of Seed to CEO, Seun talks with MJBiz CEO Chris Walsh about how he leveraged lessons from some early foibles to become one of the most successful young entrepreneurs in the U.S. cannabis industry.

Who is Seun Adedeji?

Seun came to the United States from Nigeria as a child and embraced the entrepreneurial spirit by selling candy to his classmates at school. He stepped up to selling marijuana and got arrested at age 13. Today, a legit Seun operates retail stores in Oregon and Massachusetts – and he’s not even 30. He’s closing this year with a renewed sense of energy and gratefulness after returning from his first visit to Nigeria in 21 years.