MJBizDaily » Seed to CEO » Growing Off Grid: How to Build a Sustainable Cannabis Cultivation Facility 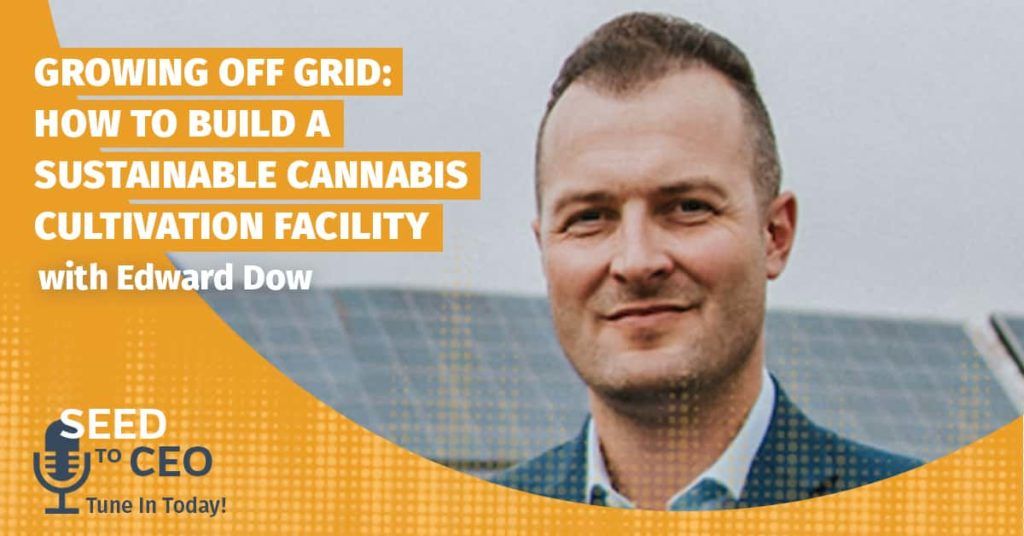 In this episode of Seed to CEO, Edward Dow, CEO of Massachusetts-based Solar Therapeutics, talks with MJBiz CEO Chris Walsh about how he built his “island microgrid” to support his cannabis company’s sustainability strategy – from unexpected expenses and pitfalls to the creation of a scalable, repeatable model for new markets.

Who is Edward Dow?

Ed Dow left a job with the Woods Hole Oceanographic Institution tagging whales and driving underwater vehicles to break into Massachusetts’ highly regulated cannabis industry. His first attempt at securing a medical license ultimately failed, but it helped Ed impress investors who enthusiastically bought into his next – and current – endeavor. Today, Ed’s operations model could be the future of cannabis cultivation.