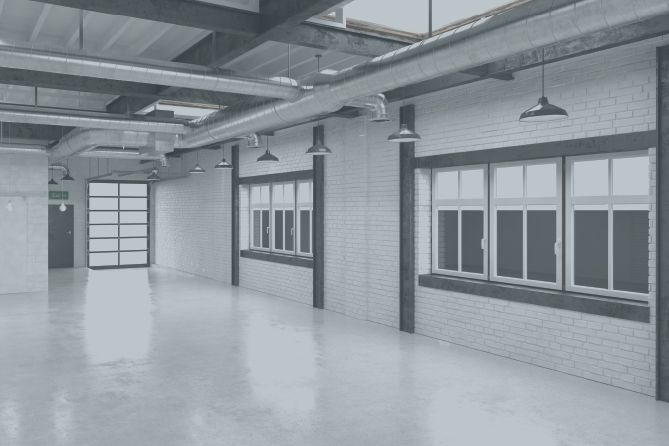 It can take months for a marijuana dispensary or other business to get its license approved by regulators. A key requirement: A company must first have the location for the business nailed down. Paying rent on space before you have your license can cost a lot of money, unless steps are taken early in the process to minimize costs.

The good news: By choosing the right place, working with the current building owner and having a knowledgeable team in place, it is possible not to pay rent before the license is approved.

However, be aware that a landlord has less incentive to work with you in a tight real estate market. Still, there are ways to mitigate the upfront costs, even in such a market.

And, when you make the right moves, the savings can be substantial.

“In Illinois, our rent was $9,500 a month (for a medical medicinal dispensary), and we didn’t pay any rent during the year we spent waiting for our license to be approved,” said Brian Fox, managing partner of St. Louis-based Greene Fox Enterprises.

“You can do the math and see that we saved more than $100,000 by not paying rent in the first year,” said Fox, who also is CEO of Cannavations, which recently opened medical marijuana dispensaries in Maryland. Cannavations also didn’t pay rent during its one-year waiting period for license approval there.

In many markets, prospective businesses can’t even begin the licensing process until their locations have been decided.

Daniel Shortt, an attorney with the Seattle office of law firm Harris Bricken, said it typically takes three to six months to get a license approved, but he has seen it take as long as a year in Washington state.

“In Washington, you are required to have your real estate identified before you can apply for a license, and I suspect that is true” in most states, Shortt said.

That is because real estate is an integral part of the licensing process, he said. For example, the building for a dispensary must meet state and local requirements, such as not being too close to a park, school or day-care facility, he said.

Cannabis entrepreneur Fox said: “I don’t like to throw away money, and you are throwing away money if you are paying rent before you are even 100% certain you are going to open.”

Location will play a large role in finding a suitable property that won’t require upfront rent. “The key for us is that we would find property that is not in high demand,” Fox said.

Those properties can be in a city where many buildings suffer from a high vacancy rate because of low tenant demand. Fox said that was the case in all the properties he took over. The lack of demand meant the properties either were vacant or the tenants were on a month-to-month lease. However, free rent isn’t without risk.

For the Illinois property, Fox had a “first right of refusal” clause in his letter of intent to lease the building. That meant if another business was willing to rent the space for the same amount of money during the waiting period, Fox would have to decide whether to match the offer or walk away.

“Luckily, no one else came along, so I didn’t have to make the decision,” Fox said. He wasn’t surprised that no competing offer for the space surfaced, because there wasn’t much leasing activity in the area.

Fox interviewed 25 commercial real estate brokers in 2016, when he was entering the Ohio medical marijuana market, before he found the right fit. The broker he chose was eager to carve out a niche in the cannabis industry. Fox did not want to use a broker who just wanted to cash in on a growing field and wasn’t passionate about the industry.

Fox told the broker he didn’t want to pay rent until he had his licenses in place, which happened in 2017. That guidance helped the broker find a suitable property. Fox didn’t pay rent during the waiting period.

Shortt said you need to have an attorney who is familiar with all marijuana-related state and local regulations and zoning rules. He said it’s also helpful to have a real estate attorney experienced in negotiating leases or purchases.

By contrast, an attorney who isn’t familiar with all the nuances of the appropriate rules and regulations would likely have too steep of a learning curve to be helpful, he said.

“A lease agreement is a contract, and no two leases are alike,” Shortt said. “A good lawyer will be your advocate as far as getting realistic concessions, such as a period of time when the lease payments are abated (not paid), if that is important to you.”

Agree to a Longer Lease

Another option for marijuana business owners is to agree to a longer lease, especially because MJ tenants typically pay rent that is above the market rate, Shortt said.

“I see a lot of five-year leases signed, but a 10-year lease could be a negotiating chip to convince the landlord to abate your rent payments while you are waiting for your license approval,” Shortt said.

Shortt noted that landlords often like longer lease periods, if they’re convinced a viable, long-term business will be occupying the space.

It’s expensive for a landlord to switch tenants, because the landlord isn’t collecting rent if the space is empty. Also, the landlord likely will have to pay for improvements to the building when a new tenant moves in – on top of paying a broker a commission.

Leasing in a Hot Market

A hot real estate market presents its own challenges.

Shortt noted that downtown Seattle is “one of the hottest commercial real estate markets in the country,” and with the strong demand for space, owners aren’t necessarily willing to offer free rent periods – even to traditional tenants.

Still, one strategy to try to wrangle free rent in such a market could be leasing space in a building that is off the beaten track, he said. For example, a building that is several blocks away from streets that have a lot of foot and automobile traffic will command lower rents than buildings in the heart of the action.

“In real estate, location is everything,” Shortt said. “If you choose a space that is not in a high-traffic area and is less visible, you will pay less in rent, and you might be successful in negotiating a period of free rent.”

Still, leasing in a hot market is more challenging than doing a deal in an area where there is a surplus of empty buildings. If prospective tenants are knocking down the landlord’s door to rent space, the landlord will have little incentive to cut you a rent-free deal.

“We are not fooling anybody with the real estate deals we have done,” Fox said. “The owners are OK with not charging us rent, because the buildings have been sitting around empty. But that’s probably not the case in a hot real estate market.”

Be Willing to Walk Away

Sometimes it pays to say no.

One owner of a former restaurant building in Ohio wanted Fox to pony up $50,000 in a nonrefundable deposit. That meant if he did not get his license for whatever reason, the building owner would keep the money.

“I walked away,” Fox said. “You can’t be afraid to walk away, but that can be pretty frustrating if it is a building you really want. But if you can save money by not paying rent or risking losing your deposit money, in the long run your business will be better off.”