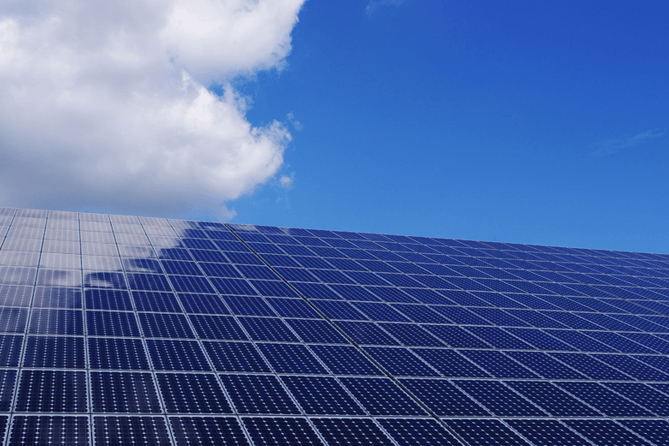 From advanced lights to solar arrays, there are many ways to cut energy use in MJ cultivation – but challenges exist

“The weed is legal but the herb ain’t green.”

That’s how Gina S. Warren, an associate professor at the Texas A&M University School of Law, sums up the cannabis industry’s energy requirements. As every grower knows, indoor marijuana cultivation requires ample amounts of energy for lighting and temperature-control systems, and of course the plants need plenty of water as well.

Add it all up, and indoor cannabis cultivation “is one of the most energy-intensive industries in the U.S.,” Warren wrote in a report on energy use in the industry.

Outdoor cultivation and the use of greenhouses can drastically lower energy needs, but 63% of commercial grows are completely indoors, according to the 2016 Marijuana Business Factbook. Another 20% grow mostly or at least partially indoors.

Growing in warehouses is the primary method largely because of state regulations that prohibit outdoor cultivation and the high up-front costs of greenhouse operations.

Yet cultivators and industry vendors are increasingly coming up with – and using – green solutions, from energy-saving lights to automated systems that maximize efficiency to advanced nutrients and alternative power sources such as solar.

With good reason: Not only can conservation methods save cultivators money and protect the planet, they can help offset a potential backlash from politicians and voters concerned about the industry’s heavy energy use. From a longer-term perspective, many experts believe that cutting energy use will be critical to the industry’s success.

“The cannabis industry has a unique opportunity to establish early on an environmentally responsible community of businesses that have addressed their energy consumption and the impacts to their neighbors, community and congested energy grid,” said Kathleen Hokanson, president of Minneapolis-based Koan Energy Consultants.

So how big of an issue is the industry’s energy use?

These stats don’t sit well with politicians and the public, which are both integral to the future of the cannabis industry. And the recent drought in California as well as overall energy concerns nationwide have increased scrutiny on industries that use large amounts of power and water, including the cannabis sector.

Many growers only now are starting to focus on energy conservation, Hokanson said.

Instead of conservation, they have been working “very, very hard” to cost-effectively cultivate the product, find real estate and follow the ever-increasing and complex rules and regulations that are cropping up, she said.

“The industry is a bit new to the concept of energy management and conservation,” Hokanson said.

The costs can vary widely depending on various factors. A smaller site might get a system installed for somewhere in the low five figures, while larger operations can pay exponentially more, according to experts. A report released last year by the Solar Energy Industries Association indicates that small-scale systems with installation can cost about $3 per watt, though costs can hover closer to $2.60 per watt in some cases. Prices are also expected to dip substantially this year and next.

As far as the benefits go, cultivators might be able to find energy savings of anywhere from 5% to 25%, depending on geographic location, the utility provider and rebate incentives that may be available, Hokanson said.

In addition to solar, other renewable energy production sources she expects will be soon embraced by growers include wind turbines, combined heat and power systems, geothermal and even biofuels and thermal (ice) energy storage. They might be able to get energy credits from state utility companies for these systems as well.

Before conservation steps are taken, it is important to get a handle on how much energy is being used.

That requires measuring and analyzing energy consumption, ideally on a minute-by-minute basis. The decision whether to use solar to offset some of the cost of electricity, for example, might hinge on whether the grower owns the building or is renting – as well as how long the company plans to stay there.

Fortunately, there’s an immediate impact in taking this first step. An analysis of energy consumption and proper management alone can shave energy costs by 15%, Hokanson said.

Strides also are being made in storing energy, which growers should consider, especially as battery and other storage technologies improve and costs come down, Hokanson said. If you can capture and store energy, like with a Tesla battery, you won’t save energy when you are capturing it during the day when the sun is shining. But you could use that stored power during off-peak hours when the sun is not shining, which will save you energy – and money.

Tim Keogh of AmeriCann believes the future lies in greenhouses, which can cut energy use by 60% to 70% for growers cultivating indoors.

“The opportunity, from our perspective, exists in designing sustainable greenhouse facilities” for cultivating cannabis, he said.

AmeriCann currently has a million square feet of sustainable cannabis production infrastructure in various stages of development across the country. The company is based in Denver but is focusing much of its efforts in the emerging regulated markets on the East Coast. It also sees a lot of opportunities to improve conservation efforts in the “more mature” western state markets.

Aside from greenhouses, Keogh said there are a number of innovative ways to save energy and reduce the amount of water used. He suggests implementing “robust monitoring and control systems.” This technology can keep tabs on and adjust light cycles and temperature and can be fine-tuned to decrease electrical consumption.

A well-designed fertigation system can save on labor costs and track to the milliliter the amount of water delivered to each plant, he said.

Plants that get too little or too much water require more electricity for lighting and cooling.

Shelly Peterson, vice president of sales for lighting at Colorado-based Urban-gro, said some growers mistakenly think they can just switch to LED lights to cut their energy costs.

“In your home, it is easy to do, because you might be able to switch out a 75 watt bulb for a 7-watt LED,” Peterson said. “But crops see light differently than humans. You must make sure crops are seeing the light in the most efficient way.”

One important step is to reconfigure space to maximize the amount of light that each plant receives from each lighting fixture, she said. If possible, it makes sense to use light during off-peak demand times, although that can impact workers, she noted.

While solutions exist, energy conservation is often a learning process for cultivators.

Hokanson said most cannabusinesses only have a “smattering of knowledge about how energy is generated, procured and stored.”

Christopher Macaluso – president of the Canna Group, based in Pleasanton, California – agrees that while conservation should be at the forefront of everyone’s approach in the industry, it is challenging.

Most growers are focused on yield per lighting fixture in a bid to keep prices low and competitive. Energy savings often do not offset the loss in yield from a financial and operational perspective, Macaluso said.

“The decreased yield is tough to justify,” which often is the case when growers switch to LED lights, he said.

But that is changing.

Macaluso is re-writing software that he is developing to include the “exponential waterfall effects of incorporating sustainable and conservation approaches,” such as using the latest breed of LED lights. Some manufacturers are on the cusp of launching more technologically advanced LEDs and other products that will give growers more bang for the buck.

At the same time, the need for energy conservation is real – and growing.

Much like the space program brought technological advances to consumers, so can the marijuana industry, if it demands more cost-effective, conservation-minded methods to grow crops, according to Hokanson.

She thinks advances in cost-effective, sustainable cannabis growing technologies, for example, will be embraced by the “farm-to-table” trend in restaurants.

Law professor Warren said Boulder, Colorado, has taken steps to require 100% renewable energy for indoor marijuana cultivators and Washington State “is in a good position to do so as well.” Such requirements will ensure that the financial cost will be borne by the industry and not the general public, according to Warren.

And that is not all bad.

As Warren wrote, if cannabis cultivators adopt energy-saving technologies, “marijuana can continue to tout itself as the green industry that it is perceived as being.”