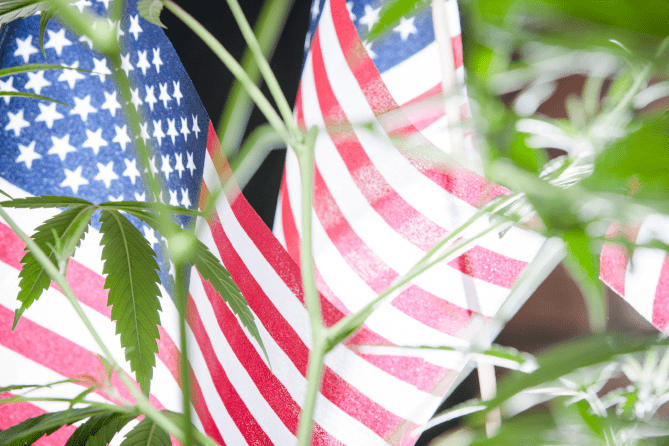 They’re a diverse group of movers and shakers. They’re adamantly for – or adamantly against – legalizing marijuana at the state level. And they hail from the world of cannabis advocacy, politics, Silicon Valley, casinos and real estate.

Several powerful individuals are helping shape the politics that will determine whether voters in several states say yes or no to legalizing recreational and medical marijuana this November. Here are thumbnail bios of some, though certainly not all, of the key players to watch heading into the elections.

Orlando-based attorney John Morgan isn’t used to losing, but he tasted bitter defeat in 2014 when a Florida medical marijuana ballot measure he spearheaded fell just short of the 60% threshold needed to pass. Morgan doesn’t plan to lose again this year. He has contributed more than $1.8 million to United for Care, the group he chairs that is leading Florida’s legalization effort in 2016.

That may sound like big money, but it’s a lot less than the $10 million medical marijuana opponents have promised to raise to quash the effort. But Morgan understands that it takes more than just money to win.

“One of the things you hope is that truth trumps money,” Morgan told Marijuana Business Daily in April. If Florida voters do push medical marijuana legalization over the top, the state could become one of the largest medical marijuana markets in the country, potentially generating hundreds of millions of dollars in sales.

Since founding the Marijuana Policy Project two decades ago, Rob Kampia has made his organization a force in cannabis lobbying and advocacy. MPP has played an instrumental role in helping many states legalize medical and recreational marijuana, shaping the industry as we know it today.

This year, Kampia and MPP are behind the measures in California, Arizona, Nevada, Massachusetts and Maine. Despite the magnitude of this election, however, fundraising has sometimes proven difficult. And Kampia’a threat to pay people to defame an Arizona legalization advocate with whom he had philosophical differences created a scandal that, at least at the time, undermined the effort.

If the MPP-backed campaigns and other legalization efforts prevail, their success will validate Kampia’s leadership. But if they fail – especially at a time of record public support for cannabis legalization – it could lead to scrutiny of the group and Kampia himself.

Tech billionaire Sean Parker is the money man behind California’s ballot initiative to legalize recreational marijuana. He’s also, arguably, the campaign’s linchpin. Parker was the co-founder of the file-sharing website Napster and Facebook’s first president. More recently, he’s made a name for himself as part of a new generation of wealthy philanthropists. And he’s made legalizing cannabis in California one of his causes.

As of July, Parker had contributed more than $3.3 million to three of the six committees registered in California as supportive of Proposition 64, the Adult Use of Marijuana Act. Many expect he’ll pump even more of his own cash into the campaign. Given that the California race could get expensive – and the state is the biggest prize by far in the election – legalization proponents may want to be thankful that they have a billionaire in their corner.

The photogenic and outspoken lieutenant governor of California, Newsom has served as the public face of marijuana legalization in the state for over a year. He was a prominent member of the steering committee of the Blue Ribbon Commission on Marijuana Policy, created to study policies surrounding legalization and the best ways to implement it. Newsom also was one of the first politicians to get on board with the Adult Use of Marijuana Act.

Newsom has traveled up and down California advocating on behalf of legalization. And he’s almost certainly helped bring on many of the other big-name politicians – congressmen, state lawmakers, mayors – who have endorsed the proposition.

Newsom is trying to rally the industry to financially support the initiative. “Don’t just think that … this is going to be easy,” he told cannabis professionals at a conference recently. “We’ve got work to do.”

Both will play a role in marijuana legalization come November. In 2014, the duo narrowly defeated a Florida ballot initiative to legalize medical marijuana. Sembler, founder of Drug Free America, helped raise roughly $7.5 million to kill the measure, while Adelson shelled out roughly $5 million.

Adelson’s checkbook and newspaper ties could prove important this year in Nevada as well. The Las Vegas Review-Journal, which Adelson owns, published an editorial in June opposing the state’s recreational ballot initiative. In 2014, before Adelson bought the Review-Journal, the paper had supported legalization.

Less than a year ago, it appeared that Massachusetts voters would approve a ballot measure legalizing recreational marijuana. But the political dynamics have since changed, which can be attributed to some of the state’s top politicians. Now, Massachusetts is no longer a strong bet, with some polls showing support in the state for marijuana legalization at less than 50%.

Massachusetts Gov. Charles Baker and Boston Mayor Martin Walsh have helped tip the scales against cannabis. They are the state’s best-known politicians, and they have recruited other Massachusetts heavyweights to join their anti-legalization efforts, including Attorney General Maura Healey and House Speaker Robert DeLeo.

The well-publicized growing abuse of opiates in New England has made the region’s lawmakers and public officials more wary of legalization, even though marijuana advocates argue that cannabis can help reverse the problem. These politicians knew it would take money to derail the Massachusetts legalization effort, so they formed an anti-legalization committee – Campaign for a Safe and Healthy Massachusetts – that is raising funds to sink the recreational measure.