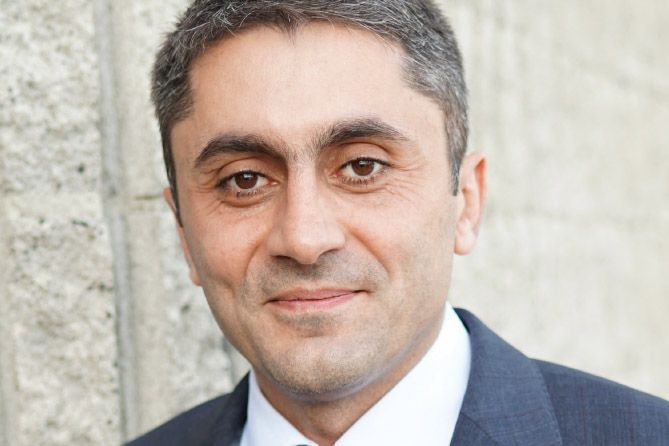 As the calendar flipped to 2017, marijuana executives and investors had one question on their minds: What will happen to the cannabis sector under Donald Trump?

It’s possible President Trump or someone in his administration has already said something about cannabis by the time you read this – or it might be a while until the new commander in chief gives any indication of how he’ll approach the marijuana industry.

Regardless, there likely will be a hefty amount of uncertainty ahead, and many scenarios could play out.

We spoke at length with cannabis consultant Avis Bulbulyan as part of our extensive research for the report “Trump & the $5 Billion Marijuana Industry,” released in early January, to get his advice on how businesses should proceed and what might play out under a new administration.

Here are excerpts of that conversation, edited for length and clarity:

Do you think life is going to get more difficult for plant-touching companies in the coming years under Trump?

I don’t think so. It’s too big of a beast to contain. Shutting it down isn’t going to be as quick and simple as you would think. If they decide to go after the industry, I think they’re going to have a pretty big fight on their hands. So personally, I don’t think much is going to change.

Without Trump, we may have been moving a little quicker toward rescheduling or de-scheduling, but that’s probably slowed down. So I think it’s going to be another four years of what we’re experiencing right now, which is pretty steady growth.

If there is a crackdown, which types of marijuana businesses are the safest?

As far as the three main sectors, dispensaries will have the most to think about, because they make for a much easier target than the manufacturers and cultivators. I think the ancillary companies are going to see the biggest boom. You’re going to see a lot more of them popping up because it’s a much safer bet. If there is a crackdown, what are they going to do with ancillary businesses? They’re not touching the plant, and they would not be in violation of any of statutes.

If you were running a plant-touching company, what steps would you take right now based on the uncertainty created by Trump’s lack of a solid cannabis policy?

Make sure that your internal compliance program is airtight and that you’re compliant in every single possible way you can think of. I would not necessarily slow down, but I would make sure all your ducks are in a row, all supporting documentation is in place, and that you have some sort of crisis-management plan in place in case, god forbid, this thing turns on its head, so you’re not rushing to put it together.

Should companies temper growth plans until the Trump administration gives some kind of sign of how it will approach cannabis policy or should they move ahead full steam?

On one hand, you don’t necessarily want to slow down your growth because the opportunities are there now. It’s a risk-tolerance issue. If you don’t have a high risk tolerance, you might be better served slowing down and taking a more tactful, systematic approach to expansion.

If you’re OK as far as risk tolerance goes, I wouldn’t necessarily slow down the growth, but I’d be a lot more diligent with the strategy than before … and go about it in a lot more systematic and controlled way.

Any particular signal you’re waiting for from Trump on marijuana policy?

My opinion is that Trump is so opinionated, that if this was on his agenda, we would have heard it by now. Any industry that he’s willing to go after, he’s been pretty vocal about it, and he’s not one to be a politician about it.

My growth strategy or any other strategy related to the industry is not dependent on what he puts out there. Obviously, once he does, we have a crisis-management plan in place, so we do know how to pivot when he does make an announcement. But we’re not necessarily sitting around, waiting to figure out what we’re going to do. We’re continuing to go about our business, and when (Trump) comes out, one way or another, we have a plan in place. If he does come out (with a policy announcement), that’s going to dictate which way we pivot.