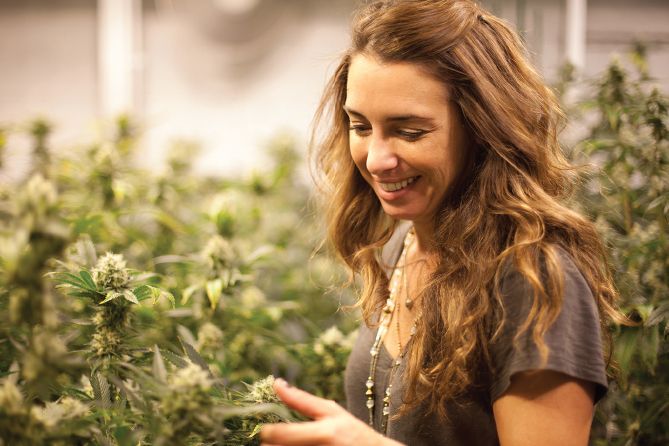 Cannabis that fails to pass state requirements can be salvaged to avoid a costly catastrophe. But preventive measures – including investments in infrastructure and increased vigilance in cultivation operations – are a better long-term strategy for growers. They can also save your bottom line.

Jerry Velarde, president of Nevada’s Evergreen Organix, can attest to that. The company grows and processes cannabis and produces edibles and other products. During Evergreen Organix’s first growing season, nearly 130 pounds of product failed state testing.

“That’s nearly $325,000 in lost product, not to mention the cost of getting out of our hydroponic system and bringing in permaculture, starting all over again, waiting another 120 days until our first harvest and the cost of labor and operations until we were able to make our first sale,” Velarde said. “That mistake cost well over $3 million in capital. Factor in lost time and revenue and add another $2 million to that. That money is just gone.”

After the setback, Velarde chalked up losses to winter humidity, too few dehumidification units in his grow and a cultivation team that was unprepared to manage the size of the facility – factors that could be combatted with a new strategy.

He overhauled his cultivation team, converted his grow from deep-water culture to no-till permaculture soil and put safeguards in place to avoid future failed tests.

Velarde and other cultivation gurus shared tips to help ensure your product earns a passing grade at the testing lab.

Mold and powdery mildew are common culprits that cause cannabis to flunk lab testing.

Mold thrives in hot, moist environments. In a grow, standing water and a lack of humidity and temperature control are often to blame, said Ian Barringer, the founder of Rm3 Labs in Colorado. Barringer’s labs test for biocontaminants – including the state-mandated tests for yeast, mold, E. coli and salmonella – in addition to pesticides and residual solvents.

Mold is more common in summer and in older buildings that have poor electricity to power moisture control as well as heating, ventilation and air-conditioning systems (HVAC), according to Barringer.

“Once the temperature is in the high 70s with more than 50% humidity, it takes a huge amount of HVAC to keep conditions that encourage pathogens from happening,” he said. “Generally, once growers are aware of these situations, there’s a lot they can do to improve, as long as the building is in good shape.”

“Frankly, a lot of times we walk in and it’s clear to see with the naked eye what the problem is: There’s dust in the HVAC vents or standing water in the grow rooms,” he said. “Those are tell-tale signs, but we see them a lot less often now because people are using 24-hour-a-day temperature and humidity monitoring in their grows.”

It’s critical to have those systems in cure rooms, too, Barringer said. Plants have built-in defenses; they’re able to change their cell walls and mobilize chemical defenses while they’re still in the ground. Once the plants are harvested, these systems degrade or are lost entirely, which means they can’t fight pathogens. In a warm, humid cure room, mold and bacteria form quickly, he warned.

In the early years of legal medical marijuana sales in Denver, most grows were housed in older industrial buildings. Significant renovations have been needed over time to build more suitable facilities, Barringer said.

Newer lighting systems also are effective combatants. They create less heat, which makes it easier to control the temperature in a grow, and they save on energy costs related to HVAC systems.

“Instead of chasing remediation, management teams and businesses should spend their time, energy and money on prevention,” Andrle said.

L’Eagle’s cultivation team scouts its grow every morning, looking for warning signs: irregularities in its plants. If a cultivator spots something that makes a plant susceptible to mold, mildew or yeast, the team culls the plant so it doesn’t endanger others around it, Andrle said.

That kind of vigilance is important, she said, and it requires educating your cultivators to know the difference between a potential disease and something that’s normal, such as browning on a leaf.

“Scout and don’t be afraid to cull,” she said. “You have to consider what it saves you in the long run.”

Managers can’t be afraid to remove certain strains from a grow because they may be more susceptible to disease, Andrle noted.

They also should require cultivators and guests to change their clothes or wear protective layers before entering the grow to prevent cross-contamination, she added.

Investing in a high-quality HVAC system checks a lot of boxes, too, Andrle said. It’s energy efficient and better for the health and wellness of the plants.

L’Eagle has invested in beneficial insects for its grow because they prey on mites and aphids and provide a good “first line of defense,” Andrle said. L’Eagle uses predatory mites in its facility, but ladybugs and praying mantises are beneficial, too.

Andrle suggested growers create a healthy environment for the insects by using safe, nontoxic sprays and oils that won’t kill the beneficial bugs. L’Eagle’s cultivators use Venerate, a bioinsecticide that’s nontoxic to most beneficial insects, including predatory mites and honey bees.

While such investments may seem costly, they can save money in the long term.

“Part of why we grow the way we do – work so hard and take the extra time, spend the extra money and invest in the product – is because it’s a long-term return on investment,” Andrle said.