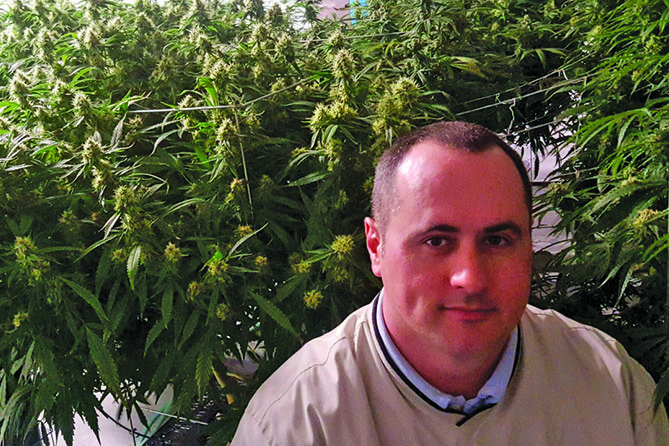 Your cannabis company thrives, or dies, on the products it produces.

Product development leads help firms dream up new goods to sell, including infused products and accessories, as well as services such as technology platforms for ancillary software companies.

When it comes to choosing the right person to develop your products, you need someone who is:

“You’re looking for someone who has a wide range and an ability to work in various media,” said April Pride, founder of Van der Pop, a Seattle cannabis lifestyle brand.

Tim Shaw, the company’s chief operating officer, searches for a candidate with artistic leanings who can put a cannabis spin on products commonly found in mainstream sectors, such as medicine for children with epilepsy.

Shaw said he looks for “creativity, first and foremost.” He added that the ideal candidate is “someone who thinks out of the box.”

He’s looking for someone who can think innovatively about the brand, the product name and how to roll out the product. Candidates also must be able to work with the marketing and branding team.

A good product development lead also will know how to work with test groups, including monitoring online feedback, and develop a product that’s repeatable and won’t cost the company an exorbitant amount of money to make, according to Shaw.

The right candidate can find easy solutions, such as automation, to creating products.

“Simplicity is one of the hardest parts in any industry,” Shaw said.

At Confident Cannabis, a Palo Alto, California-based company that provides marketplace software to help growers, labs and retailers buy, sell and trade, the product development lead takes feedback from customers and then builds products based on their comments.

CEO and co-founder Steve Albarran looks for product development leads who can communicate their ideas effectively. The products this person builds are typically software features that customers have requested.

“They have to be an excellent communicator,” he said, “because they’re listening to users who are communicating in an unstructured way, and they have to form structure out of that.”

That person also should be capable of explaining the product to several people in the organization, including the marketing team.

To determine whether a candidate can articulate the ins and outs of a product, Albarran asks that person to prove, as part of the interview process, that he or she is a good fit for the company by building a case study and presenting it. The person proposes an addition to the company’s software, for example, then demonstrates how to build it and why it would work.

The process starts with email then goes to a video call – or, if the candidate is in the Palo Alto area, they will meet in person.

“If people aren’t able to explain why (the product is necessary), then they’re clearly not going to be able to communicate,” he said.

When Pride recently was hiring for a product development lead, she looked for someone who had experience with mainstream product design.

The candidate she selected brought a sense of humor to his design sensibility and also kept his product simple enough that it could be maintained easily.

As one example, he designed wedges that fit under the legs of wobbly tables that were intended to look like sugar packets.

Pride also liked that he was submitting his designs for awards. “That’s super savvy when you’re building a business,” Pride said.

She also wanted a new hire who was creative but had ideas that were marketable. And a collaborative spirit is crucial.

Shaw has different background criteria based on the product that’s being produced.

For example, if the candidate will be creating a new edible, experience working in a kitchen as a sous chef would be desirable because that person has worked with ingredients and recipes and can create repeatable results.

“That attention to detail is sought after when you’re creating a new product,” Shaw said. “I want to make sure that if you buy our branded product here in Massachusetts or out west in Nevada, you’re going to get the same experience, both in dosage and taste.”

Albarran said he doesn’t rely much on resumes but instead prefers experience. A good hire might not have gone to college or worked at a well-known company but could still do a good job, he added.

Pride would like to see a potential hire with experience in the cannabis industry, but she knows that’s hard to come by.

“Most people don’t have a background that’s applicable to this space,” she said.

Shaw has had good recruitment success using online job boards such as LinkedIn and ForceBrands.

He’s finding a lot of candidates who are coming from successful careers in mainstream industries such as medicine and finance and are looking to get into cannabis. Those new hires are the result of referrals in his network.

“A lot has been word-of-mouth through friends, family and employees within the organization,” Shaw said.

Albarran agrees about finding candidates through LinkedIn and also advocates for the websites Stack Overflow and AngelList.

He frequently asks his staff, “Who are the top people you’ve worked with, and do you think they’re available?”

Employees at his company do a lot of networking, including professional gatherings involving product managers.

Pride also likes to draw from her team now that her company has grown to include many employees with a lot of connections.

“We’ve asked people on the team: Do you know somebody who fulfills these needs?” she said.

About half of Pride’s successful hires have come from staff referrals and the other half from online job postings, she added.

At MariMed, Shaw runs a 90-day tryout phase to make sure the new hire is a good fit.

For the product development lead, he’ll take the trainee on a tour of the company’s operating facilities to see products currently under development, such as edibles or other infused products.

“Really bring them into the fold and let them understand the culture behind each brand,” Shaw said.

If the new hire can grasp the message and direction of the company, the training period ends in about four weeks. If they can’t get on board in 90 days, they part ways.

Albarran encourages the new hire to feel comfortable sharing ideas from the outset.

He said he’s a proponent of the maxim “strong positions, weakly held.” In other words, the new employee should have a clear point of view and defend it with data. But if somebody presents a stronger case, the new hire should feel free to abandon the original idea and jump onboard.

The product development lead will spend lunch and dinner for a few days getting to know everybody on the engineering, support and management teams.

“For them to get to know everybody down to their hobbies and interests is valuable, because they need that trust and respect very quickly and early on,” Albarran said.

Pride said it’s important for the product design lead to be well-informed about the behavior associated with cannabis consumption and trends to monitor how they impact R&D.

She wanted more of a generalist and not someone who had worked only in plastics, or only in wood, because they shifted Van der Pop’s strategy based on what they found in the stores that season and what people were buying.

“I’ve developed a project-management system of spreadsheets that we review and revise to include suggestions,” she said. “The important thing is to make sure we can both track the system.”

Shaw prefers to offer encouragement in the form of verbal positive reinforcement.

“We’re pretty good at keeping a happy-go-lucky work environment and getting everyone incentivized to want to do well and buy into the company,” he said.

To do that, he pays attention to small successes and those who overcome small obstacles.

“Incentivizing through positivity is proven to be very helpful in the workplace,” Shaw said.

Albarran tries not to micromanage.

“Letting go of our baby to some extent is difficult,” he said of expanding the staff. “But we do it because it’s the right thing to do, and we like to hire people who are better at things than we are.”

He sets the high-level direction and tries to empower his employees.

“They own it,” he said. “And if it works, then great. If it doesn’t work, then we’ll fix it together. We have a certain tolerance for mistakes because we want to move quickly and innovate and generally do good work.”

Pride tries to let her team work and checks in regularly.

Before these meetings, she has thoroughly discussed the briefs to ensure she has “as much information as possible, so the committee is efficient.”

Character traits or actions that might disqualify a candidate for a job as a product development lead are similar to those that would work against someone applying for any typical job.

Shaw would decline a candidate who:

“We’re all pulling on the same rope to get to the same goal,” he added.

For Steve Albarran, CEO and co-founder of Confident Cannabis, a Palo Alto, California-based company that provides software to marijuana companies to simplify wholesale and testing, the easiest filter is the candidate’s desire to work in the marijuana sector.

“They have to want to work in this industry,” he said.

A candidate who can’t write a helpful, thorough email won’t make it far with Albarran.

“If they don’t do little things like suggest times with the time zone in it if they’re in a different time zone,” that is a bad sign, he said. “Or just really short, incomplete sentences that come across as rude, those are all huge red flags.”

“Absolutely not,” she said.

She also would throw out the resume of a possible new hire who seems like a control freak.

“That kills it,” she said. “They might be a fantastic designer but not a good product development lead.”