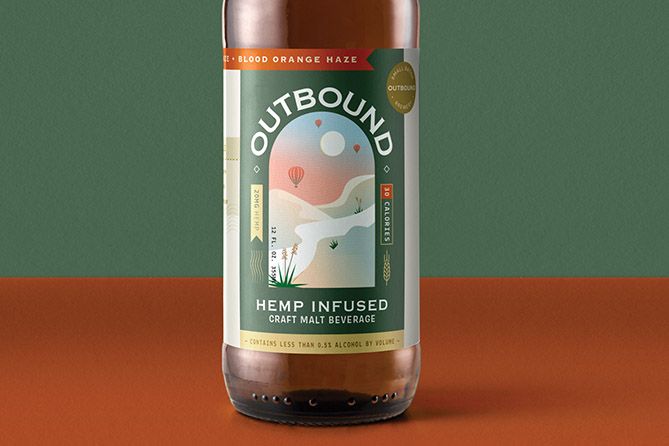 The illicit market takes a large chunk of sales away from licensed cannabis businesses, but products that are difficult to replicate or require expensive equipment to manufacture generally are found only in legal marijuana shops.

Manufacturing and selling such products is one way for legal cannabis businesses to draw new customers and get a leg up on the illicit market.

Products that aren’t easily duplicated include:

Outbound Brewing is vigilant about working only with licensed distributors to get its infused beers onto store shelves, according to Henderson. The extra step provides yet another way to ensure business goes to state-legal cannabis companies.

“Before the track-and-trace system was implemented, we would collect retail licenses and cross-reference them against the BCC (Bureau of Cannabis Control) website to make sure the company name matched up with what is licensed in the state,” Henderson said.

Outbound’s beers would be difficult to replicate because there is a significant amount of chemistry involved in extracting cannabis oil and turning it into a water-soluble solution, to say nothing of what it takes to brew the beer.

“There is a considerable footprint for a brewery required,” Henderson said. “They would have to develop a nonalcoholic recipe and get a brewer on board, but no brewer would put their license at risk to do” business with an illicit operator.

Untested and Tough to Produce

Aaron Riley, CEO of Los Angeles-based testing lab CannaSafe, said the least likely products to be found on the illicit market are topicals, but all other cannabis goods are available illegally.

For example, transdermal patches aren’t commonly sold by illicit retailers because it’s difficult to manufacture an adhesive formula that sticks to skin when it’s dosed with cannabinoids, said Nial DeMena, co-founder and CEO of Manna Molecular Science, a Massachusetts-based manufacturer of transdermal patches and infused products.

“We add this really oily, gooey cannabis substance that causes it to slide all over the place,” DeMena said. “If you put it on a Band-Aid, it’s not going to stick. You can make fakes, but there’s a big difference between using the real McCoy and using something that’s adhesive with a bunch of stuff on it. Good adhesive is really hard to manufacture, and it’s really hard to make it look like a factory-made patch.”

Medicinal products and those made to look like pharmaceuticals also are difficult to reproduce, said David Spreckman, director of retail for Chicago-based vertically integrated cannabis company Verano Holdings. Verano’s line of Avexia Medicinal Cannabis offers topicals, tinctures and tablets in various ratios of CBD to THC.

“I think it’s much easier for the (illicit) market to reproduce flower strains and even vape cartridges,” Spreckman said. “The big issue is that while a vape cart might look and smell legitimate, if it hasn’t been bought from a licensed dispensary, it hasn’t been tested” for contaminants.

NEXT: Using Packaging to Stop Fakes