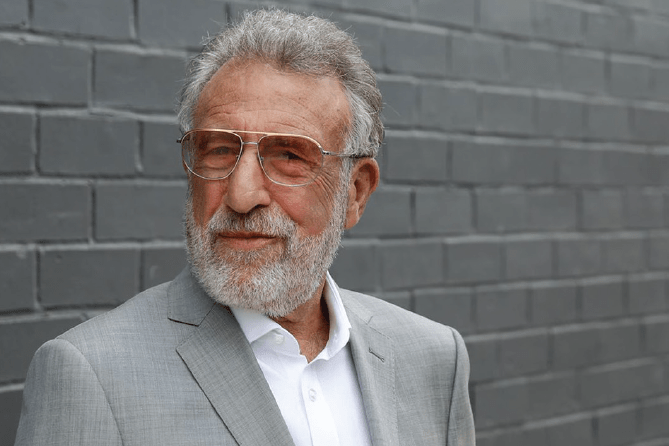 “You’re going to like the way you look, I guarantee it,” Zimmer said in the commercials, which ran for more than two decades.

The 68-year-old Zimmer, a longtime marijuana legalization advocate, built Men’s Wearhouse into a company that generated $2.48 billion in sales for the fiscal year ending in February 2013, about four months before his board fired him.

He has since moved on from the brand he helped define to start two new clothing companies based in Oakland. That’s given him an up-front view on California’s efforts to legalize recreational cannabis this fall and the state’s evolving medical marijuana industry.

Marijuana Business Magazine recently caught up with the business icon to talk about legalization, product safety and other cannabusiness topics.

Do you think the legalization initiative in California will pass, and what’s the public climate?

I am forecasting that it will pass, in a significant way, because of the combination of 15 years of medical marijuana without any significant problem, the recent legalization of marijuana in Colorado and Washington State – again without any significant problems – and the changing demographics in America. Baby boomers like myself grew up more with the demonization of marijuana. If you weren’t smoking it you believed it was devil’s weed. That polarization seems to have been much reduced with the millennials, so that today young people who don’t smoke marijuana don’t have a strong negative feeling about it.

I speak at various gatherings, and I do make financial donations as well. I don’t think I would ever start (a marijuana company) on my own. I might invest with friends once it’s legal.

Are there any threats or dangers that the cannabis industry should be concerned about?

There are always dangers. There is always the danger of market domination that might emerge in a more regulated, legal market. There is also the danger of quality issues because the regulations are modest. But I look at it in terms of the fact that we have this large opiate problem now in the United States that is killing thousands of people, not to mention the suicide problem in the United States. And I think when you put everything in context appropriately it becomes obvious that legalizing marijuana, although not perfect, is far less dangerous than other things that are readily accepted in society.

Some people fear newer consumption methods like infused products and concentrates. What can the industry do to allay public worries about these types of products?

It’s about two things. It’s about not targeting minors, and insisting on a labeling system that is accurate as well as informative. There’s this whole gamut of levels of intoxication that people are looking for, so the best is try to make sure that we do not promote candy to children. Maybe we should even change the whole genre, maybe it should not be in fake candy packages because it is kind of sending a wrong message. Maybe it should be boxed like regular medicines, so that the dosage is clearly identified and people could buy what they want.

What in your mind is one of the biggest issues facing the industry?

Because marijuana businesses are not allowed to take the same tax deductions that regular businesses take, it creates an artificial tax for the federal government, which is the equivalent of taking money out of the state programs for education and drug education. That is something that has to be addressed.