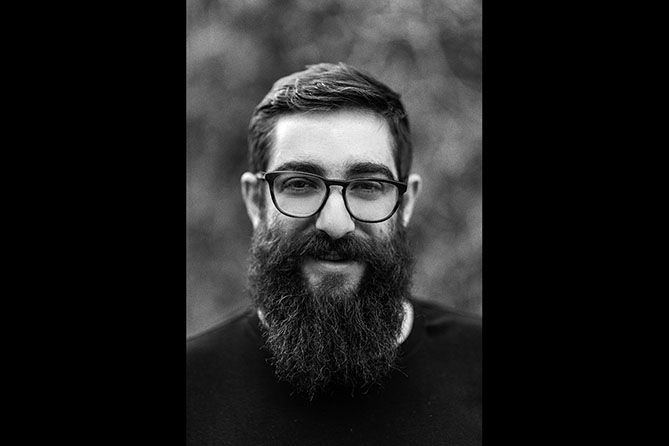 Rusty Wilenkin’s California-based cannabis flower and oil brand, Old Pal, might be the envy of his professional peers, but it’s for a slightly unorthodox reason: The business is structured in such a way that he doesn’t hold any state or local marijuana business permits.

That means Wilenkin’s company doesn’t have to deal with all the red tape that plagues plant-touching businesses: none of the zoning worries or mandated security measures for the office, no fretting about site inspections from state regulators or bureaucratic headaches.

Rather, Old Pal has taken white labeling to a new level. The company relies on 10 business partners and about 100 different farms that hold licenses for cultivation or manufacturing in the states where it operates—including California, Nevada and Washington—and provides packaging for flower and vape cartridges to those producers. For its part, Old Pal simply promotes the brand and sells flower and oil through marijuana retailers.

For anyone familiar with the complex regulatory scene in the marijuana space, it’s easy to see the upsides of such a business model—not to mention the possibility of perhaps being exempt from Section 280E of the U.S. tax code (a topic Wilenkin declined to discuss).

The model is working well enough that it’s allowed Old Pal to expand into Nevada and Washington state less than two years after its March 2018 launch, and the company already has signed partners in Florida and Michigan. As of mid-March, Wilenkin said Old Pal products were on shelves in about 350 retail shops.

Marijuana Business Magazine sat down with Wilenkin to get more detail about the pros and cons of Old Pal’s approach to the industry.

Your business model allows you to operate in the marijuana industry with no state licenses such as those required for retailers, growers, manufacturers and so on. How does that work?

By partnering with best-in-class operators in different states around the country, we’re essentially able to license the SOPs for the Old Pal brand—as well as the packaging—and make sure our partners are aligned with the Old Pal brand. Once we do that, we sell that partner packaging. … They’re the person cultivating, manufacturing, distributing on behalf of the brand. What that allows us to do is move into new markets much quicker, in that we don’t have to go build a cultivation facility, get permitted, do all those steps. We go to a new state, find a partner that aligns with our brand, that we get along with, and sort of move into a market using their (infrastructure).

What are the biggest upsides to that business model and to not holding any state licenses?

There are a few things. The first was, when we were starting this business, we simply didn’t have a ton of resources. And in early 2018, licenses in California were prohibitively expensive. In California, we partnered with another group to help us bring product to market, and we saw that allowed us to get to market quickly. It allowed us to be pretty adaptive and flexible but, at the same time, still allowed us to work with great operators and have an amazing quality product and really let our brand shine. For us, the upsides are that it allows us to focus on what we’re good at, which is building this brand.

At the end of the day, we think most of the value we’re creating today is in the brand, so we want to focus as much of our resources as we can internally, to really get our name out there, as opposed to building farms all over the country and dealing with regulators and permitting. We want to focus on being in markets. With that in mind, we really didn’t want to get involved with playing the licensing game early in states. So it worked out well for us to start in California without a license, and then an opportunity to move into Nevada came along shortly after we launched. That sort of solidified the model for us, and we got to go through the process of bringing our SOPs to a new state and seeing what the process was. Since then, we’ve really just doubled down on pushing that model nationwide.

Are there any obvious downsides to not having state licenses?

Being a licensing partner through someone else means you don’t have 100% control the way you do if you own a facility. When we look at some of these more supply-constrained markets like Illinois or Massachusetts, if we had our own cultivation facility, we could come into the market, set our price and launch our brand the way we’d like to. Given that we don’t have that control in our supply chain, we have to go out and find the right partners in those markets where it makes sense and figure out a launch plan that works for everyone. But we’ve been really fortunate that our partners around the country have been really great.

How has the model worked out so far?

So far, I think it’s been going really well for us. We ended 2019 being the largest flower brand by volume in California. I think we were 3% or 4% of total flower sales by volume. Nevada has really taken off for us as a state. I think we’re in 40 of the 65 stores there, and the market has been really receptive to the brand. I think we have four or five of the top 10 SKUs on Headset at the moment. The cool thing for us about Old Pal was when we went to Nevada, it worked really well and validated for us that the brand could go national and resonate with people. So it’s been exciting.

We launched in March 2018, and we’ve built a healthy following. We have a healthy retail presence in California, and things have been going smoothly, ramping up. We have a couple of new states on the horizon this year. It feels like a good time to be in cannabis.

Do you expect a lot of other companies to follow similar models, where they don’t need to obtain state licenses?

We’re seeing more brands like ours starting to emerge. The reality is, as the infrastructure of manufacturing partners matures around the country, this model becomes easier and easier and makes more sense to people.

In the early days, it was a bit tricky because we were trying to figure out which partners were real and who actually had the balance sheets to invest. But as true, best-in-class manufacturers start to show themselves, I think more and more brands will take a path like this.