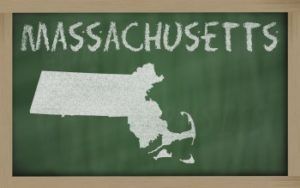 Less than a week after a trio of high-level politicians in Massachusetts bashed recreational marijuana legalization, a special committee of nine state senators weighed in on the issue by releasing a 118-page report on Tuesday.

But instead of coming out against a proposal to legalize adult-use in Massachusetts – as the governor, state attorney general and mayor of Boston did – the report lays out a series of recommendations on how the industry should be regulated.

Industry observers said the recommendations are fairly reasonable, for the most part.

“I can’t say the report is balanced, but I can understand it,” said Robert Carp, an attorney who has advised some of the state’s medical marijuana businesses. “It tells me they know (legalization is) coming, but unlike last time, when medical marijuana was legalized, they’d like to be a little more prepared.”

Indeed, the lawmakers crafted their recommendations after studying the Colorado and Washington State recreational markets.

And you can tell.

“I don’t think any of the recommendations seem excessively burdensome,” said Kris Krane, managing partner of 4Front Advisors, a cannabis consultancy firm in Boston. “Some of them seem unnecessary, but there’s nothing wildly different than what already exists in Colorado or Washington.”

The report comes as the state legislature considers a proposal to legalize recreational marijuana in Massachusetts. The group behind the proposal gathered enough signatures last year to advance the measure.

The state legislature can now approve, reject or take no action on the measure by May 3. If legislators approve the measure, which some say is doubtful, it becomes law.

If they reject it or take no action, the campaign behind the proposal will have until July 6 to collect 10,792 more signatures to get the measure on the November ballot.

The special committee of state senators was created last year to provide regulatory recommendations if Massachusetts legalizes recreational cannabis. (Note: It was not charged with providing an opinion on whether or not the state should actually legalize.)

The legalization proposal already addresses many of the issues the senators bring up in the report, said Krane, who helped draft the measure. Examples include mandates on child-proof packing, bans on edibles that might look appealing to children, and limits on how much THC an infused product can contain.

The proposal also already acknowledges several other key recommendations from the report but would leave the regulatory details up to a proposed Cannabis Control Commission.

Such is the case when it comes to pesticides.

The initiative calls for cannabis testing by licensed laboratories for pesticides. But it does not provide a list of pesticides that could be used on cannabis, leaving it up to regulatory experts to determine. The Senate report also addresses pesticides, recommending that Massachusetts coordinate with states where legalization does exist to try and come up with a harmonized list of approved chemicals.

While most of the proposed regulations in the report are understandable, Carp and Krane disagree with one that calls for a ban on home growing.

But while a ban on home growing means less competition for retailers, it also could actually bolster the black market instead of crushing it.

Allowing locals to cultivate their own cannabis “brings down illicit sales, because if you can grow your own, why are you going to buy something off the black market?” Carp said.

Krane was also critical of the report’s proposal to increase the taxes that were proposed by the initiative, asserting that such a measure would likely be the culprit behind a sustained black market. Nevertheless, he said senators made the proposal not out of ignorance, but out of a belief that higher taxes were needed to raise revenue to implement a regulatory framework.

“They’re trying to strike a balance between a tax rate that can pay for regulation and education, which is reasonable. But they also recognize that if you do tax it to high, you encourage diversion to the black market,” Krane said. “I think the initiative already sets a tax rate that is sufficiently high enough to pay for the regulatory system, but low enough that it won’t support the black market.”

The report also noted positive aspects of the vertical integration model, which currently exists in the state’s medical marijuana market, but stopped short of recommending that it be mandatory. That’s a good thing, Carp said, because having more businesses, not less, would be better for state tax revenue.

“I think there’s a very strong argument to be made that we ought to move away from vertical integration,” Carp said.

While Krane isn’t worried about whether the report will hurt the referendum’s chances, he’s concerned that state legislators might try to change the initiative in a way that will be bad for consumers and businesses.

“The big question is that if this initiative passes, will the legislators have the political will to alter the will of the voters?” Krane said.  “There’s really not a whole lot of disagreement between those who support legalization and the senators who wrote this report, aside from a couple of issues that reasonable people can disagree on.”