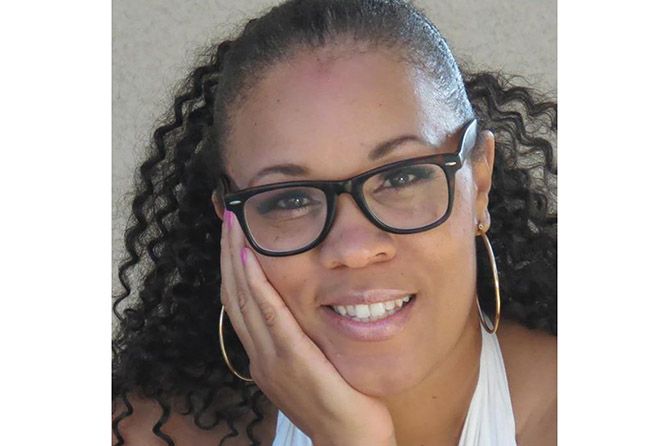 Systemic racism in the United States has long held back entrepreneurs from socially disadvantaged groups. And for farmers of color, prospects in the agriculture sector got worse—not better—through the 20th century, even as the civil-rights movement opened opportunities in other sectors.

That’s why Angela Dawson of Minnesota left a career in food writing and marketing to start a farming cooperative.

Farming co-ops were once common across the United States as farmers pooled resources to acquire land and equipment. In the Black community, co-ops were a way out of sharecropping and tenant-farming agreements that left them mired in poverty.

But throughout the 20th century, racist policies at the U.S. Department of Agriculture shut out minority-run cooperatives from accessing government assistance. Recent changes to USDA policies aim to address historic disadvantages for farmers left behind, but farmers of color haven’t caught up. Black farmers now comprise less of the population than ever before in American history.

What’s a farming co-op, and why did you start one for hemp?

The co-op model is a way to distribute responsibility and ownership to people who are most impacted by whatever the cooperative is producing.

The co-op model in general has so many flexible applications to so many different business types. A mobile-home park can be a co-op. An apartment building can be a co-op. A grocery store can be a co-op. It works really well for our business model to achieve economies of scale within our membership base.

Our members have some ownership and some responsibility and some financial participation within the cooperative structure. We chose that model because of the issues with distributing economic resources, especially for socially disadvantaged farmers in agriculture.

There’s a pretty complicated history—especially between Black farmers and socially disadvantaged farmers—with the USDA when it comes to the distribution of agricultural resources.

This is the first Black-owned farming co-op in this country since the Reconstruction. Why did they go away?

It’s been 150 years since people have thought about addressing some very urgent needs, especially as it relates to the food system and as it relates to the environment. It’s a big deal because back at the turn of the 19th century, (co-op farming) was actually a model that was used to facilitate a lot of economic development in the United States, especially in the South.

But entering the 1900s, there was a lot of pressure on the co-ops—especially any that were organizing for Black farmers. Oppressive outsiders just didn’t like the co-ops being used in that way.

And you had a lot of people leaving rural areas and leaving farms for urban jobs.

That combination of the intentional exclusion and the withholding of financial and technical resources for Black farmers just made it a really painful career choice. You really had to have either some outside resources or an extra set of energy to operate as a Black farmer without any resources.

The USDA now sets aside money and assistance for socially disadvantaged farmers, and the 2018 Farm Bill boosted those programs quite a bit. What’s the role of the private sector here?

I’m really excited about the 2018 Farm Bill. It has really made a lot of changes that I wasn’t even expecting in this round—both in terms of the hemp regulations and also in terms of socially disadvantaged farmers.

What we’re waiting is for some of that to trickle down to us everyday farmers. It hasn’t quite made it. One of the challenges in the USDA structure is that you have this federal policy, which is really progressive and smart, and we’re so happy that the senators were able to figure that out up in DC. But they have to be implemented here in these small towns. What we find sometimes in these rural areas, where programs are managed on the county level, some folks don’t really care about federal policy too much.

Your co-op started something called the Rebellion Relief Fund. What is that?

Our farm is located in Minnesota, pretty much at ground zero of civil unrest around community violence and public safety for Black and brown people.

We started this Rebellion Relief Fund, and in eight days it raised $20,000. And so far, 125 families have been supported by the Rebellion Relief Fund. This was just an immediate community response; we decided to help out when we saw that neighborhood stores were shut down. I like that as a mom and as a businesswoman in this industry, I can jump in, pivot and respond to needs as they come up.

What market trends are you seeing?

We are way too early to say that CBD is a bust. Because one of the fastest-growing consumer market groups for CBD products are women of color over the age of 40.

I feel like the general hemp market is missing it. Marketers are going to find out as an afterthought that there are a lot of baby boomer Black women and other women of color who are just getting into CBD and understanding the wellness benefits that are involved.

Kristen Nichols is editor of Hemp Industry Daily. She can be reached at kristen.nichols@hempindustrydaily.com.