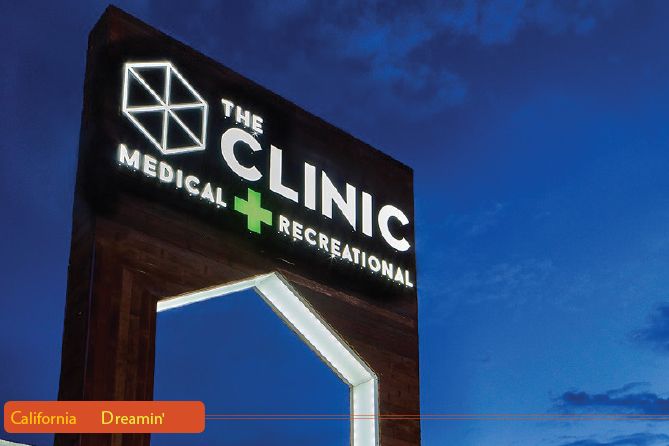 California MMJ businesses preparing for recreational sales must prepare for a surge in demand, changing regulations and numerous other bumps

Fasten your seatbelts – it’s going to be a bumpy ride.

Take it from cannabis industry veterans in other states who have already gone through the ordeal: Don’t expect smooth sailing as California transitions from medical marijuana to recreational sales.

What should you expect?

Marijuana business owners – from growers and retailers to lawyers and testing labs – also should expect the adult-use rules to change over time. The initial regulations are likely to evolve as the rec program develops and policymakers work out the inevitable kinks that will emerge.

As those regulations evolve, MJ business operators should remain flexible and be prepared to adapt. Moreover, entrepreneurs must aggressively stay on top of the changes.

“Be prepared. Be ahead of the game. Be compliant,” said Frank Falconer, managing member of Denver Consulting Group. Falconer worked with an infused product company when Colorado’s recreational marijuana sales began in 2014.

“Make sure you adhere to the regulations that are on hand,” he added. “That will create opportunities for success.”

Retailers, in particular, need to prepare for a demand surge. In early July, for example, Nevada marijuana retailers were deluged with customers after the start of adult-use sales – a situation that left dispensaries with dwindling product inventories.

Before the first day of adult-use sales, Falconer recommends that California shop owners stock up on as much product as possible. In his mind, it’s impossible to have too much product on hand.

“Plan for the Armageddon of weed,” he said.

In January 2014, The Clinic in Denver was one of the first 10 locations that opened for recreational sales when Colorado launched its adult-use program. CEO Ryan Cook remembers a line of about 1,000 people by 8 a.m. the first day. It stayed like that for about week and a half, he said.

“It was obviously a pretty exciting time,” Cook said. “We had to make sure people were still happy, that we could process them through the line while still giving them a real dispensary experience.”

The Clinic’s customers were kept happy with food and attempts at entertainment. For instance, a map was placed in the hallway of the shop so people could place pins marking where they were visiting from.

“Everyone had driven for quite some ways to stand in line for hours to say that they purchased product on the first opportunity in the United States,” Cook said.

Budtenders also hung out in the hallway handing out strain books and providing information to help ease the amount of questions.

“You had to go above and beyond,” Cook noted.

Cook said many of these customers hadn’t been to a dispensary before and they wanted to “at least have an opportunity to explore and see if the product was going to work for them.”

Customers came in with countless questions related to medical issues, either for themselves or family members. It took a few days of working through that before Cook and his crew could understand what the recreational customers really wanted, which was mostly flower of all kinds.

He tried to take care of his budtenders by adding extra staff and making sure all their meals were provided, and the excitement of the first days helped propel everyone through.

“It’s historic,” Cook said. “You don’t get that many times in your life to experience something like that.”

For Sam Chapman, a principal at New Economy Consulting in Portland, Oregon, it’s important to remember the truism that all politics are local when working with regulatory authorities.

“One of the biggest variables when you have a transition from a medical to an adult-use market is how local governments play into the equation,” he said.

Additional rules and regulations beyond the state level – from counties and municipalities – are changing “all the time,” Chapman said.

To engage at the local level, Chapman recommends calling the city planner and the city recorder who takes the minutes for city meetings. Ask for information.

From there you can learn what’s being considered. For example: Will there be license caps? Or: Is there a timeline you aren’t aware of?

It’s not difficult to stay up to date, he added.

“But it starts with picking up the phone and getting engaged with your local government,” Chapman said. “Going to meetings, testifying before city council.”

However, avoid giving government officials blunt advice about what they should do.

“It has to be a collaborative effort,” Chapman said. “You have to help them understand that you want to help create a better industry, you support regulations and licenses, that we’re all in the same boat about not letting cannabis fall into the hands of children.”

Be Prepared for Change

And remember that not all regulations are going to stick. According to Jerry Derevyanny – an executive at Northwest Cannabis Solutions, a grower and processor in Tumwater, Washington – requirements will emerge that are ineffective, too expensive or overly strict.

Oregon is a case in point. In December 2016 – following the state’s launch of adult-use sales two months prior – regulators revised testing rules to get more flower, oils and marijuana-infused edibles on depleted store shelves.

As a result, Derevyanny doesn’t recommend building your business model around static regulations. If something does need to change, regulators typically are at least willing to listen and perhaps make needed modifications.

“If California’s anything like Washington, the regulators will listen to you,” Derevyanny said.

He owes part of his state’s success to the Washington CannaBusiness Association. He recommends that California businesses utilize a well-organized coalition trade group to work with the regulators as well. But use tact when attending any meeting of government officials or regulators.

“Without being vitriolic about it, you come in and lay out what the problem is, what you think a reasonable solution is, that addresses their concerns,” Derevyanny said. “Don’t come in like you’re going to war. Come in like you’re working together.”

Chapman, the Oregon consultant, recommends hiring a full-time person to track changes to rules and regulations.

“It’s not only keeping up, but there’s an opportunity for those people who want to influence and do this right to shape the future of their business,” he added.

“If you’re flat-footed, it’s going to cost you a lot of money and a lot of time,” Chapman said.

“That’s a nuance of the cannabis industry,” he said. “Being a chameleon and being able to adapt to these different environments and regulatory changes is part of your day-to-day activity.”

He advises that you should react as soon as you learn about any regulatory changes.

“The companies that are more successful are the ones that make changes a month or two before those changes are required,” Falconer noted.