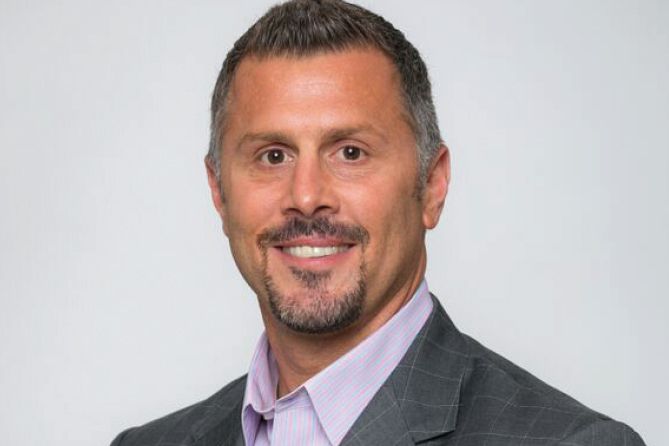 Derek Peterson is the head of one of the largest and most stable plant-touching cannabis companies in the United States – California-based Terra Tech Corp.

Terra Tech has acquired 10 marijuana retail and cultivation permits in California and Nevada since its founding in 2008, along with an organic lettuce and herb greenhouse business to diversify its portfolio. Over the past decade, Peterson has grown the company from $7 million in revenue in 2014 to more than $25 million in 2016.

Though Terra Tech’s complete financials for last year were not available as of press time, the company reported revenue of nearly $25 million for the first three quarters of 2017. The company trades on the over-the-counter market as TRTC.

In an interview, Peterson addressed the challenges of heading a publicly traded marijuana company, Terra Tech’s plans and other topics.

What are the biggest challenges in running a publicly traded plant-touching company?

Banking. Because we’re publicly traded, we have quarterly reviews and annual audits. And because we have to deal in cash at almost all of our locations in some capacity, the reality is we have no long-term banking solution in any market, which means a lot of cash handling. That adds a ton of time and complexity to the audit. When you add complexity to the audit, it raises the cost. When you add time to the audit, it raises the risk of not meeting your filing deadline.

(Lack of access to banking) also makes M&A challenging. There are maybe three or four companies out there that I would want to buy. … But if they don’t have books and records that are in order because of their own banking, I can’t buy them. If I buy them and I bring them in and I can’t audit them within 72 days, it puts my filing at risk.

What banking provides is a statement, and off a statement I can get an audit done relatively easy. It’s easy for them to validate cash in and cash out, because it’s done with an unaffiliated third-party entity.

Terra Tech’s revenue more than tripled from $7 million to $25 million between 2014 and 2016, and you were at nearly $25 million during the first nine months of 2017. What do you attribute that solid growth to?

It was the opening of Nevada. That was a huge opportunity for us, the migration from medical to adult use. We saw that thing go from 10 mph to 100 mph. Business went up 200%-300% with the adaptation and early implementation of adult use.

Which states or countries are you targeting for expansion?

The original idea was, let’s just maximize California and Nevada – they’re close to each other, we can share a corporate headquarters, so there were a lot of economies of scale working in those two markets. We were really avoiding all the other states, because every new state, it’s a new attorney, a new lobbyist, new headquarters, new staff, new accounting.

But in New Jersey … we’ve got 250,000 square feet of engineered greenhouse (where we grow Edible Gardens produce), plus a bunch of office space and a big staff. Now Gov. (Phil) Murphy is expanding medical and fast-tracking adult use at some point this year, so by default we’re going to go to Jersey, because we’re there already.
We’re not really focused on jumping into any other major markets right now.

What are your ambitions for Terra Tech?

We want to get up on the (New York Stock Exchange) or the Nasdaq, and we want to really fund the company at that point. We’ve raised $80 million over the last few years, and that’s great. But our longer-term aspiration is to get to $100 million in revenue, get up on the Nasdaq, really fund the company and truly grow (by raising significantly more capital to fund expansion).

Longer term, we’ll probably spin off retail into its own entity and keep wholesale with its suite of brands as a separate entity. But I want to build a nice portfolio and a nice suite of brands – from concentrates to vape products to edibles to beverages. A lot of our focus is on increasing our footprint in cultivation and extraction so we could bring a breadth of products and brands to the table. That’s where the real long-term value is.

What do you think Terra Tech may have to do to compete long term on an international scale, given that Canadian companies are expanding their footprints so quickly and taking the lead globally?

Its access to capital. We’ve built out an amazing footprint just nickel-and-diming our way through small-cap financing. So real institutional support will change that paradigm drastically for us. If I had a bankroll of $300 million, I could go on an acquisition tear and really consolidate the areas and businesses right now that I think are ripe for consolidation.