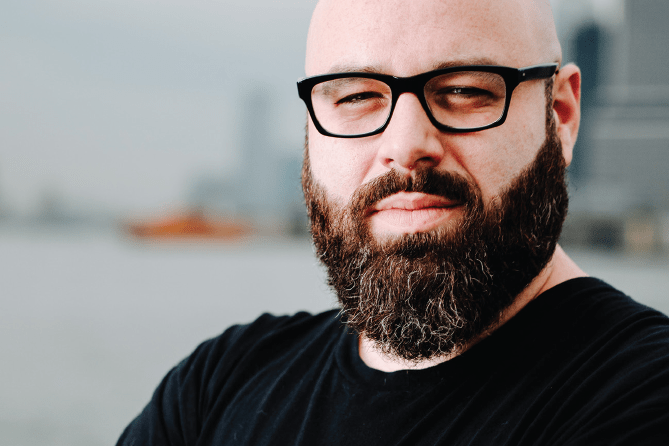 In 2015, Roger Volodarsky’s New York-based Puffco released a vape pen that was an immediate hit with cannabis critics and consumers. But back-to-back manufacturing mishaps in China nearly toppled the young company.

How you do business with Chinese manufacturers and suppliers from the get-go is critical to your ancillary business’ success. The city of Shenzhen in China has become the world’s capital of vape pen production, but shoddy, unreliable manufacturing practices there have dealt serious blows to foreign businesses.

Volodarsky learned the hard way when the Chinese factory that manufactured the Pro suddenly shuttered and left Puffco with just three weeks of inventory on its shelves. After finding a new manufacturer, Puffco’s follow-up product, the Puffco+ – a coil-free vape pen with a ceramic chamber – was released with a production defect plaguing the first 2,000 units.

“At that point, we needed to make a choice – sell a product we know has an issue that we don’t yet understand, or halt all sales and just help every single customer get a working unit,” Volodarsky said.

Volodarsky opted to halt sales and zero in on consumer satisfaction. That resulted in six months without a Puffco product on the market – a development that could doom some companies. But the foul-up forced Puffco to change course and, ultimately, primed the company for future success.

After the hiccups in China, Volodarsky spent the rest of the year investing in its legal strategy with manufacturers, mobilizing a team in China and keeping close tabs on its Chinese supply chain to head off potential production glitches. Calling it a lesson in scaling while failing, Volodarsky shared tips with Marijuana Business Magazine for navigating relationships with Chinese suppliers and manufacturers.

When Puffco released the Pro, it contracted with a trader, which is a common practice for U.S. companies that do business in China. The trader connects foreign companies with Chinese factories and suppliers and runs interference between the parties. Volodarsky thought it was an ideal partnership because it bridged the communication gap – at first.

Over time, Volodarsky was disappointed by the lack of transparency, the missed opportunity to negotiate directly with the factories and suppliers, and the increased liability for his business.

English-language contracts with traders rarely protect companies from changes in the manufacturing or supply chain – and those changes can affect the quality of the end product.

“Stop letting a middle man make it 10% easier to communicate with China and 100% harder to deliver a quality product,” Volodarsky said in advising against the use of a trader.

Instead, hire legal counsel that is experienced in representing foreign businesses in China. Have your legal team draft Chinese-language contracts with your factories and suppliers (English-language contracts are often impossible to enforce). Do your due diligence by visiting China to tour facilities where your products will be made. And assemble your own team on the ground there to check in with manufacturers and suppliers.

That’s what Volodarsky did. He spent more than a month in China regrouping after Puffco stopped production of the Puffco+.

While there, Volodarsky researched legal teams online and found one in Hong Kong he felt confident working with.

He also began assembling a team of mostly expats – from France, Canada and the United States – who were living in China and comfortable working there. He hired them as project managers and electrical engineers to connect Puffco’s Brooklyn, New York, design team and operations with its Chinese supply and manufacturing chains.

“Start by looking at your own network and choosing people who you know can do great work on the ground in China,” he said. “Milk your network to find the right people.”

Tighten the Supply and Manufacturing Chain

Volodarsky’s team in China regularly visits Puffco’s suppliers and manufacturers to monitor the quality and consistency of the supplied parts and production.

“You have to know everything that’s going on in your supply chain,” Volodarsky said. “Our people are in the factory before and after workers are assembling our products.”

It’s particularly important in China to fragment your supply chain so no one supplier knows what specific parts are used for. That protects the end product. If you rely on a single supplier and create a product that’s easy to assemble, you’re priming it to be scaled by copycats there, Volodarsky said.

“Every hand touching an individual part has no idea what that part is being used for,” Volodarsky said.

Also, be specific when you spec your products, and don’t allow factories or suppliers to make decisions for you, Volodarsky said. If you want a particular type and grade of metal – Grade 1 or 2 titanium, for example – say so. Draft contracts that give you leverage in conversations with suppliers and manufacturers. One of Volodarsky’s suppliers recently contacted him about a change the supplier wanted to make. The contract didn’t allow it, so the change wasn’t made – it was that simple.

“You have to have something you can enforce,” Volodarsky said.

And be sure your contract makes the factory liable for any error or interruption in manufacturing. If a factory fails to provide a product that will be satisfactory to consumers, your contract must hold the factory accountable. Do a stock check with your manufacturer before you order. Check a percentage of the product to avoid a high fail rate, and make sure the product meets your spec sheet.

“We’ve removed all of the decision-making from our factories,” Volodarsky said. “All our prototyping happens in Brooklyn with 3D printers and molds. It all starts here and we’re protecting it with patents until we have a direct path for how it’s going to be built. … We run a really, really tight ship in that regard. That’s important when you’re making innovative products.”

When the factory that produced the first Pro pen closed, the remaining inventory went quickly, and there was little Volodarsky could do. Puffco’s contract was with the trader, not the factory.

The lesson learned: Forecast a world where everything goes wrong and plan for it accordingly, Volodarsky said.

“Do proper forecasting,” particularly with regard to inventory and your exit strategy, Volodarsky advised.

“You should never have too much or too little (inventory). … Enter the market knowing that too much inventory can break you and too little inventory will do the same,” he said.

“It’s easier to do business (in China) when you scope out the terms and plan the end,” Volodarsky added. “You have to plan the exit strategy hoping you never have to use it.”