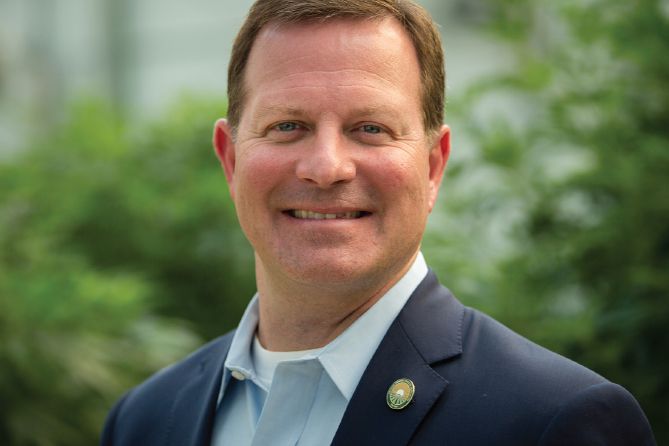 Lessons learned by lawyers from launching a marijuana business

It was big news back in 2015 when my law partners and I left a prominent national law firm in Chicago to build a medical marijuana company, PharmaCann LLC.

With six separate state administrative agencies regulating the business in Illinois, not to mention the various local and federal issues we had to keep in mind, we figured that we had a certain advantage as attorneys in managing all that legal complexity.

Indeed, we did find some early success, raising $20 million from investors and earning licenses from Illinois regulators to operate two cultivation sites and four dispensaries.

But as we quickly discovered, in the cannabis industry nearly everything is more difficult than you think it’s going to be. Our regulatory acumen did little to help us handle the daily challenges of starting and operating our business. Instead, we had to learn some hard lessons for ourselves, ranging from finding quality partners to improving the flow of communications within our new company.

As we looked at vendors and contractors to work with, we met a lot of people who were incredibly enthusiastic about our venture but not experienced enough to understand the complexity of our undertaking. At the time, nobody in the Midwest had any cannabis experience whatsoever. Many assumed that our operation would resemble what the western U.S. cannabis industry looked like.

And we briefly met a lot of very experienced people who had absolutely no enthusiasm for working with us because they were scared off by even the idea of being in the marijuana business. This included professional services providers, such as lawyers and IT consultants, and also vendors, like voice/data providers. Indeed, even buying Post-it notes is more complicated when one has a cannabis company.

That left us struggling to find people to work with us on building out our facilities and managing our operations. At first, we leaned on friends and friends of friends, but eventually we figured out that we had to specifically solicit recommendations from people with operational expertise and get their guidance on identifying suppliers who had both enthusiasm and competence.

A referral from one of our board members, whose company had built out some complicated high-tech work spaces, led us to the team that eventually took on oversight of a lot of facilities challenges.

Having someone who could corral the architect, contractors and boots on the ground to keep a project moving forward and ensure that responsibilities were being divvied up to the right suppliers meant that we had more bandwidth to deal with other things, such as recruiting top talent, navigating the whims of newbie regulators and drafting the 40,000 pages of our New York state medical cannabis license application.

We’d already built our two Illinois cultivation sites by the time we found the right partners, but they were able to make a “second pass” on some of the design decisions we’d made and really refine and improve things. Going forward, we are bringing them in from the beginning on other projects.

Lesson 2: Be Honest About What You Don’t Know

In starting up our operations, we were very conscious about keeping things on time and on budget. We were probably less conscientious about staying “on knowledge.” We didn’t think about things like service contracts. In fact, we didn’t have any in place. We pretty much said, “Just leave us the three-ring binder and we’ll do it all ourselves.”

Too often, that led to operational problems, lost time and, in the end, additional expense. For example, when you buy a state-of-the-art environmental control system to operate a 25,000-square-foot greenhouse, make sure you spend the money to purchase the installation and maintenance plan.

We’ve learned that we have to be brutally honest about our own skill sets and, when we don’t know how to do something, we’re probably going to have to spend time and money to address that gap. There’s only so much learning on the fly we can do. In the cannabis space, time and bandwidth is by far the most valuable asset there is. Investing in resources to do things right the first time will pay dividends down the road.

Lesson 3: Watch the Calendar and the Clock

In Illinois and New York – where we expanded in the summer of 2015 – we were given six months after getting our licenses to become operational. That’s a pattern we see repeated all over: States agonize over the laws and the regulations and then, having eaten up all that time, press a breakneck pace onto the businesses because there’s pent-up pressure from the public for these programs to get rolling. People have been waiting and waiting.

We learned that operationalizing our business was like standing up a three-legged stool comprised of cost, quality and time. You do what you can to balance them appropriately, but when the state saws the “time” leg off, then the stool isn’t always easy to stand on.

We knew the numbers we had to manage on costs. And, for quality, we understood that we were going to have to take care of vital needs in our facilities first – humidity control, water treatment, security – and that some “wants,” like ergonomics, might have to wait until we had more money and time to devote to them.

Managing time was a tougher and more dynamic challenge. You can lay out a project plan by weeks or by days, but it really gets managed in hours. You need to see how long tasks are taking as they’re being done in real time and adjust accordingly. With such a tight time frame – and six months seems to be the norm, as we’re seeing in Ohio, where we aim to expand next – one must look at ways to be nimble and efficient in managing time, like having some work done in parallel, not just in sequence, such as the development of multiple sites simultaneously. Figuring out how to do that well, without people bumping into each other, took a really deep dive into project management.

In building out and beginning to run our facilities in Illinois and later New York, issues would pop up from time to time, like a piece of equipment not performing. In the beginning, we approached those problems in a very reactive mode. Everything felt urgent and personal.

One example: We were having a recurring problem with the lights in our greenhouse. The control panel for the automated system they were connected to was blowing circuits and regularly failing.

We were ready to jump to the conclusion that the lights were bad or the automated control system was faulty, but the truth was that the whole setup had never been “commissioned” or stress-tested in the way it should have been and we simply had too many lights wired in to too few circuits. Every time it happened, we were ready to blame one component or another, but we were missing the real issue – one created by a breakneck installation done with poor communication among subcontractors.

Instead of having whoever was “in the moment” trying to handle a problem, we realized we needed to have a slightly more formal chain of communication, so that the right messages got to the right people in the right way. Indeed, establishing organizational “lanes” of responsibility and enforcing those lanes; creating reporting chains – these are the hallmarks of successful organizations.

On the facilities side, that meant having our ACRE project manager reach out to the responsible subcontractor to come back in and rework our control electronics in a more systematic manner. For other issues, we’ve had to identify a single point person who has the right knowledge and is in the right place to fully assess a situation and find a solution. This can be as simple as having an operational technician who is cross-trained on industrial equipment and prepared to spot issues and problems as they occur.

All these lessons probably boil down to one. We love being entrepreneurs, and we love the creative spirit associated with building a new industry. But even as passionate and smart as we are, we’ve had to recognize our limitations.

It’s humbling, sometimes, to look back at all the mistakes we’ve made, but, in this venture, we’ve also had opportunities to learn and grow far beyond the four walls of our old law offices. ?

Jeremy Unruh is general counsel of PharmaCann LLC, a medical cannabis business with existing operations in Illinois and New York as well as operations under active development in Maryland, Pennsylvania and Massachusetts.