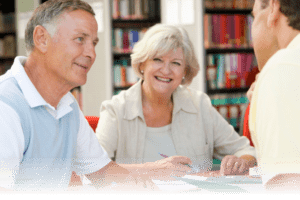 Dispensaries can cater to older patients by focusing on education, outreach

In 2009, 55-year-old California resident Bob Leber visited a dispensary for the first time after receiving a medical marijuana recommendation from his doctor to help with nausea.

“A kid handed me an edible with 75 milligrams of THC and said ‘you’ll be out for two days,’” Leber recalled. “That wasn’t what I was trying to do. I was trying to take care of my medical issue and hoping I wouldn’t get stoned.”

Leber had similar experiences at other dispensaries he visited and occasionally ran into fellow senior citizens who were just as turned off as he was.

“The budtenders were all college-age kids with bloodshot eyes talking about ‘dude this’ and ‘chronic that,’” he said.

Those experiences motivated Leber to start the Golden Angels Seniors Collective, a medical cannabis delivery service focused primarily on serving seniors, many of whom are homebound or can’t drive.

Although there’s been some progress in recent years, dispensaries often overlook, or even unintentionally alienate, seniors. But the 60-plus demographic makes up a big part of the MMJ patient base in many states, and catering to this group can pay big dividends.

Leber and other owners have developed some tried and true ways to cater to seniors – and boost sales along the way.

Many senior citizens are afraid to even walk into a dispensary in the first place given that marijuana is still illegal at the federal level. Others worry about how the drug might affect them.

Dispensaries therefore need to go out of their way to make seniors feel comfortable, and that starts with communication.

“The number one thing for seniors is being able to educate them,” Leber said. “There’s a huge educational process at the beginning, and this lowers their anxiety and their apprehension.”

When Leber meets a senior customer for the first time, he spends about an hour explaining what they should and should not expect. He also gives them time to ask questions. Often, seniors ask about how cannabis will interact with other medications they’re already taking. They also want to know if MMJ will help them get off opiates and whether they can function normally and drive if they consume cannabis.

Aron Swan, general manager of Silver State Relief in Sparks, Nevada, has seen many nervous seniors walk through the doors since his dispensary opened last year.

“A lot of the older patients who come in need a lot of coaching, and they’re very uneasy about it,” he said.

Swan estimated that about half of his customers so far have been at least 50 years old, with a good portion of that group over 60.

To help allay their fears, Silver State offers classes for seniors two weekday afternoons per month. Each class usually draws five or six people, who gather around a table in a conference room. A dispensary worker then provides an overview of cannabis, explaining the different types of strains and products, how to use them, and what aliments they work best for, Swan said.

“A lot of these people think it’s just smoking a joint, but when they hear that there are non-smokable options, and more discreet, healthier, more convenient options, that’s something that really appeals to them,” Swan said. “We want people to be comfortable and a lot of people aren’t comfortable smoking. Part of our job is to educate them that there are other options besides smoking.”

Indeed, seniors often have different product and consumption preferences than other customers.

“If they’re new to cannabis in general or coming back to cannabis, they’re definitely less attracted to the smokable products. I think this is true of most people in general but definitely seniors,” said Meghan Walstatter, co-owner of the Pure Green dispensary in Portland, Oregon. “It’s not often you see a senior citizen start picking up cigarette smoking, so it’s the same with cannabis in that way.”

Walstatter estimated that about 20% of her clients are 60-plus.

“If you have arthritis and you find a good topical, that’s lifesaving,” Walstatter said.

Some dispensary owners said they didn’t see a major difference in senior demand between CBD and THC products. Leber, however, said his senior patient base leans heavily towards CBD-rich strains and products.

“You’re not going to find someone who’s 75 years old and wants to ingest as much THC as they possibly can,” Leber said.

Swan noted that among his senior clients, women are particularly interested in CBD medicines.

For a dispensary to be able to recognize these senior customer preferences, it should hire people who are conscientious to begin with and then train them to be mindful of older patients’ needs. This involves helping employees understand that seniors are often nervous about trying medical marijuana. Workers should also be taught how to talk to and treat seniors in a way that puts them at ease.

Some stores even have a dress code, because how your employees appear may appeal to or repel older customers. At Silver State, all workers wear collared polo shirts “to give it a professional look,” Swan said.

Perhaps most importantly, dispensaries should hire at least one or a few senior citizens who are knowledgeable about the ailments suffered by their peers, and who can also relate to them better than a twenty-something.

Steven White, CEO of the dispensary Harvest of Tempe in Arizona. said his oldest worker is a 72-year old senior patient adviser who was hired specifically to connect with older patients.

Raising awareness among seniors that medical cannabis is a viable option for pain relief remains a challenge. Leber, for example, has repeatedly reached out to local assisted living facilities and retirement communities to see if they will let him make a presentation to their residents, but he has always been rejected.

“They just say that it’s against federal law and they won’t allow that kind of talk in their facility, which is horrible,” Leber said. “The seniors need this education. They need to know what’s out there because they’re also the biggest target for being ripped off. My fear is that you’re going to get a 75-year-old with a heart condition, and some kid is going to recommend something with 100 milligrams of THC, and it’ll do something to their heart.”

Leber noted that a local advocacy group in his area, Project CBD, has been able to present to seniors. One event at the Laguna Woods Retirement Community drew more than 100 senior citizens.

In Arizona, Tempe of Harvest employs a patient outreach coordinator that has also been able to make presentations at assisted living centers.

“From the get-go, we’ve always considered seniors an important part of our patient base,” White of Harvest said.

Even without getting access to assisted living facilities and retirement communities, dispensary owners can take some relatively easy steps to bring in seniors, such as offering discounts to older patients.

Silver State offers a 10% discount to seniors every Monday, which has become “one of our busiest days of the week,” Swan said.

Harborside Health Center’s dispensaries in Oakland and San Jose offer seniors as 15% discount, as does Breakwater Treatment and Wellness New Jersey. Many other dispensaries, such as Patriot Care in Massachusetts, offer 10% discounts.

Dispensaries should also create a more welcoming environment for seniors, aiming for an ambience that resembles a professionally run medical clinic vs. something that feels more like a headshop.

“Our store is very much like a pharmacy, very clean, not cluttered. We do have music, low volume. It doesn’t look like a head shop,” Swan said.

Creating an area conducive to conversation – with both employees and other patients – can go a long way as well.

“Some of our senior patients just want a place where they can socialize. Because they’re retired, or because they can’t get out as much as other people, they don’t have the social contact that other people have,” White said. “So they come here for that, and we realized that early on, and we try to make the atmosphere as welcoming as possible.”

For Harvest, “welcoming” includes having three handicapped parking spaces and attendants that can escort patients into the building. If a frail, weak patient arrives, they are offered a chair so they won’t have to stand, or they can even go into a side room with comfortable chairs to relax.

Gestures like these can go a long way toward making senior customers feel comfortable in your dispensary.