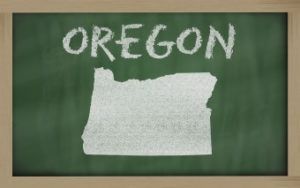 Oregon dispensaries hoping to fully tap the state’s recreational marijuana market may have to wait longer than initially expected.

Many businesses had hoped to receive recreational marijuana licenses by now and start full sales in October, but it could take months for the lion’s share of them to get final approval. Full licensing is expected to trigger an increase in adult-use sales in Oregon because MJ businesses will be able to sell larger amounts of rec products to customers than they can now.

Existing dispensaries in Oregon have been allowed to sell to adult-use customers for almost a full year, but they’ve faced various restrictions – such as a limit of a quarter-ounce of flower per customer – until the full rec program is up and running. In June, the state began allowing dispensaries to sell small amounts of edibles and other infused products to rec customers, but the purchasing restrictions have kept the adult-use market relatively constrained.

Mark Pettinger, spokesman for the Oregon Liquor Control Commission (OLCC), said the rec industry’s full rollout won’t occur Oct. 1 as expected in part because his department has granted rec licenses to only a handful of existing medical dispensaries. But, he added, licensing is being fast-tracked.

“We did license two retailers last week, and I know that there are more on the way (this week),” Pettinger said.

Until dispensaries get a full license, they will continue to face curbs on the amount and types of marijuana they can sell to a customer.

Peter Gross, the chief operating officer of Green Valley Wellness in southern Oregon, said he conservatively expects to see his company’s sales go up between 25%-30% after it receives a full rec license from the OLCC.

He predicted sales will go up for cannabis retailers across the state once applicants begin receiving their full OLCC licenses, instead of the temporary Oregon Health Authority permits that allow them to sell quarter-ounces.

But the OLCC has been taking its time with regulations and licensing.

“I expect to see the first OLCC retail licenses issued by late October, if not sooner,” Chapman said, and added that “at one point, there was a lot of speculation around the OLCC not being able to license retailers by” the start of 2017. That’s when retailers with only an OHA medical dispensary license have to stop selling to rec customers.

According to the agency’s website, since it began accepting applications in January, the agency has received nearly 1,400 adult-use business applications as of Sept. 23. But only 296 had been approved by the same date. Of those 296, the vast majority are for cultivators, with a handful of testing labs and wholesalers also included.

That kind of timeline is why Green Valley Wellness waited until a few weeks ago to turn in its retail application to the OLCC, Gross said. He’s not expecting to receive a retail license until November or December.

“We’re certainly not going to be done by Oct. 1,” Gross said. “I’m not willing to trust that bureaucracy to get it done in time … I think they’re going to be dealing with it for quite some time. Even through the spring.”

Gross said that the OLCC was late this past spring in licensing the first adult-use growers, and didn’t award the first cultivation permits until late April when the agency had said it was shooting for March. That didn’t give him much confidence in the department’s ability to move quickly on licensing and red tape in general.

“I know that our inspectors were out this weekend at dispensaries. They’re making themselves available, not 24/7, but close to it,” Pettinger said. “We never expected that the full market was going to light up on Oct. 1, because the way the rules had been in place, dispensaries were going to have to get through their existing inventory before coming over to our system.”

To ease that problem, Pettinger said, the OLCC is permitting dispensaries that are going through the adult-use permitting process to continue selling any inventory they have on hand as of Oct. 1, as long as that inventory – whether flower, edibles or something else – comes with a label that states that the product predates the new rules, including mandated testing.

Gross lauded the department for the move, and said it was a “huge” break for Green Valley Wellness – and, most likely, other retailers and businesses.

“To be able to basically just keep doing what we’re doing and switch licenses, that’s … really great,” Gross said. “There’s a lot of unknown in the rec realm, so the fact we can ease into that makes it a little less trepidatious.”

Dispensaries will be allowed to sell existing inventory until either the end of the year or, if they begin the licensing process with the OLCC, until March 1, 2017, Pettinger said. If dispensaries opt to continue selling only to medical patients, they’ll be cut off from rec sales at the end of 2016.

Adult-use sales in Oregon are expected to hit between $180 million and $220 million this year, according to the Marijuana Business Factbook 2016. By the end of July, rec sales had already surpassed $100 million.

Pettinger added that some of the logistical issues have also been coordinating with the Department of Revenue – which will be responsible for collecting rec sales taxes – and the Oregon Health Authority, which will continue to oversee the state’s medical cannabis industry. The OHA also has been collecting taxes on rec sales since January as part of the transition.

As a result, Pettinger said, the first day of October has “a degree of ambiguity” to it with regards to the state’s adult-use.