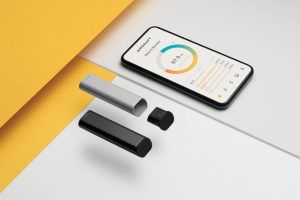 To reassure hesitant consumers, cannabis vaporizer companies are turning to technology to combat knockoffs and provide detailed information about their products, including test results and ingredients.

“For us, and increasingly for the general industry, it all comes down to trust and transparency,” said Paul Botto, co-founder and president of New York-based cannabis tech platform Lucid Green, which offers smartphone-compatible tech solutions to provide product information to consumers, among other offerings.

Vape companies looking to add transparency can use scannable QR codes to give consumers detailed information about the products
they’re using.

He noted such information can be invaluable at a time when vaping-related illnesses have landed more than 2,600 people in hospitals across the nation and caused dozens of deaths, according to federal data.

“This kind of crisis is absolutely unfortunate, but it’s forcing the industry and the brands to take this seriously,” Botto said.

The technology offers another bonus: Retail cannabis employees such as budtenders can scan a vape’s QR code to educate themselves about the product. That information can then be shared with consumers interested in the merchandise.

“This transparency has really started to matter at the consumer level,” Botto said.

Depending on the state, a certificate of analysis (COA), which gives detailed lab results, is available for every marijuana product, but sometimes consumers don’t have access to it.

By providing ease of access through a smartphone app, vape companies can encourage consumers to read the COA and learn more about the cartridge, its ingredients and test results.

The app, which allows consumers to access information about the pod they’re using, is available on smartphones using the Android operating system.

Amid the vaping crisis, counterfeit products have been another major concern among consumers.

Airgraft, a Montreal-based vape technology manufacturer, has developed vape pods outfitted with an encrypted chip that communicates with a vaping device, so only legal-market pods can be used with the product.

The chips are connected to a specific batch of vape oil, and when the user activates the device, Airgraft’s servers confirm the oil is legitimate.

In a move designed to provide reassurance, a customer can use a smartphone app to access the pod’s COA and evaluate the contents—including the lab test results.

Next: 6 Strategies for Surviving the Next Crisis