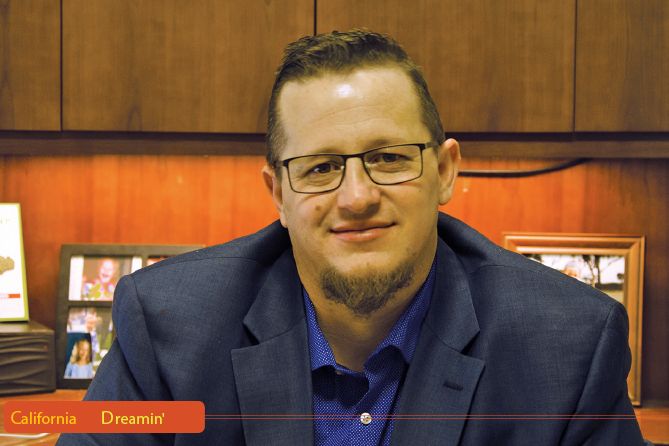 California’s new medical marijuana regulatory landscape will squeeze out many existing MMJ dispensaries that fail to play by the rules. But the medical cannabis industry that emerges will thrive and coexist alongside California’s new adult-use industry

That’s the view of an expert who witnessed the launch of Colorado’s recreational market in 2014 – and its impact on the state’s existing MMJ industry. Greg Gamet is a co-founder of the Denver Consulting Group who opened the firm’s California office last year. He also is a founding partner of a “cannabis campus” known as Gold Flora Farms, a large grow site in the Southern California town of Desert Hot Springs.

Will there be much of a medical marijuana market in California after adult-use launches?

It’ll be similar to Colorado. The Colorado medical market is still there and thrives for an obvious reason: the tax rate. In California, they still have to work out the final rules and regulations – like who’s getting taxed where and how many cities will flip to recreational right away rather than just stay medical. But I think it’ll thrive.

How will the evolution of California’s medical market in a rec environment be similar to Colorado’s?

In Colorado, we can serve medical patients 18 and up, and recreational (customers) 21 and up. That’s a three-year gap, and there’s a lot of millennials in that gap in California. There’s a lot of young people that move here. It depends on how the rulemaking goes here, but I can’t imagine they’d deny an 18-year-old a product that’s been medically approved. So I think that market’s going to be pretty good.

The way the Colorado market has evolved is, if you’re buying a quarter ounce a month, it’s really not worth getting a doctor’s recommendation. But if medical is taxed at 10% and recreational at 30%, you’re going to want to get that medical card.

Will there be reciprocity so that California dispensaries can cater to tourists with medical cards?

More than likely it’ll be a little bit like Colorado. In California, you don’t have to be a resident to get a medical card. I think they’ll change that, especially if there’s a difference in tax rates between medical and recreational. But I think reciprocity is going to happen more.

If you’re a medical (marijuana business) owner, what factors should you consider when deciding whether to stay in the medical market or leave it?

That was a tough decision for us in Colorado. In Colorado, you were allowed to apply for a recreational license if you had a medical license, and then were given the option of keeping medical if you wanted to. In California, you have to start from scratch in most places. You have to get local approval and then you can apply for the state license.

And we really don’t see a big change in the market until June or July, because it’s going to take a while for local governments and the state to enforce the rules and regs.

We felt like we built our business on the backs of our medical patients, so we want to make sure we always have a place for them to go. If you have a store in Colorado that does both medical and rec, you’re doing $50,000-$100,000 a month in the medical store and between $400,000 and $700,000 on the rec side. It’s a lot more lucrative on the rec side and a bigger customer base. But at the same time, wholesale prices are little bit better on the medical side, you get to know people, and that’s where you can really dial in treatment for people.

Are there ways to identify the best areas to try to start a business?

You can call a consultant or a lawyer. Find somebody out here who knows more than you and pay them some money. Don’t do it alone.