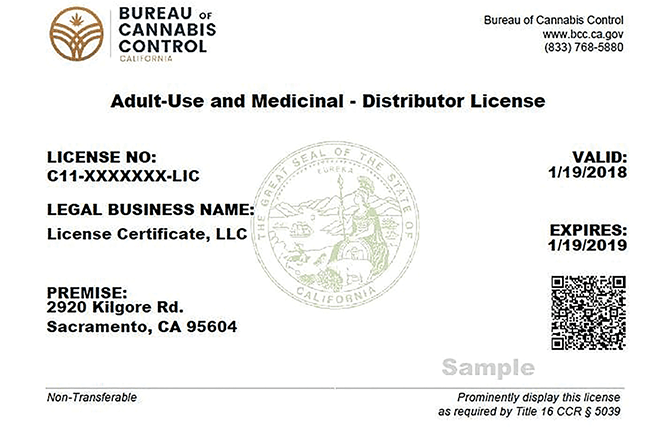 Debby Goldsberry, the CEO of Magnolia Wellness in Oakland, California, and a longtime champion of cannabis and social equity, had a realization while viewing videotape of looters robbing her store in June amid protests against the killing of George Floyd in Minneapolis.

“I saw people who probably sell marijuana for a living and cannot access a permit because they’re too expensive,” she said. “The illicit market exists because the licenses are nearly impossible to secure.”

Many marijuana business owners such as Goldsberry and public-policy experts argue that one of the best ways to shrink the illicit market is to get illegal operators to join the legal sector. In fact, many do. But a scarcity and high cost of licenses has made going legal impossible for many more aspiring cannabis business entrepreneurs, leaving them stuck outside the legal market while looking in.

In markets such as California and Massachusetts, the lack of licenses is less a state-level problem and more a local issue because many local governments—upwards of 60% to 80%, some experts say—have prohibited or limited marijuana businesses from opening. The results are vast “legal pot deserts” where illicit marijuana dealers are the only sources of cannabis for miles around. Goldsberry speculated that many looters of marijuana companies included people from these “deserts.”

Offering more affordable licenses is one solution, and there are precedents for how that might be done. Before Proposition 64 legalized recreational cannabis in California, both San Francisco and Berkeley offered what Goldsberry called “marijuana cottage industry licenses.”

For example, before 2018, San Francisco issued cottage-industry permits to people who made edibles in their kitchens. Like larger businesses, they had to follow standard health codes and other compliance measures.

“Let’s do that,” Goldsberry said of licensing small marijuana businesses. “I think that’s the solution.”

Berkeley also issued permits for what were essentially home-based delivery services. “You buy it in your front living room. You store it in your bedroom and you take it out to your buddies and sell it in their living room. That is how the market is operated. So legalize that,” Goldsberry said.

“It worked fine—really great, actually. And as those companies get bigger, they can graduate into their own spaces. And it was really a good scheme.”

These programs no longer exist, however, and the companies had to close—although many probably continued operating illicitly, Goldsberry said.

Zachary Pitts, the president of Ganja Goddess, which operates a statewide delivery service in California and a Seattle recreational store, agreed more licenses would be helpful—but not just any kind.

“If you don’t offer them an option to operate legally, they’re not going to operate legally,” Pitts said. For example, Washington state doesn’t allow delivery, so the illicit market is almost exclusively conducted by dealers who meet buyers in homes or on the street—unlike California, where that situation also exists but there are many unlicensed storefronts serving customers.

Pitts believes that if Washington state allowed deliveries, the practice would seriously hurt the state’s illegal market. “If Washington started licensing delivery, they’d probably have a lot more success in getting rid of the illicit market almost completely.”

Kris Krane, president of 4Front Ventures, a multistate operator headquartered in Arizona, agreed more licenses would help, but he also issued a warning: “When there is no interstate commerce but too many licensed vendors, you could end up with a glut of product,” he said, pointing to Oregon, which many industry observers believe sends its surplus marijuana to states with no legal cannabis market.

“It’s kind of a balancing act,” Krane said. “If there is too much production, and the prices come down too much, some of that might actually wind up in the illicit market and put the programs themselves in jeopardy. You’ve got to find that right balance.”