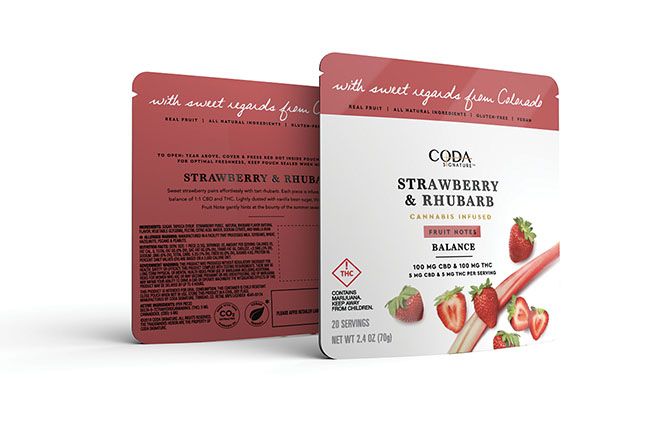 Cannabis companies in the United States started the year scrambling after manufacturing was temporarily halted or limited in China and other countries as authorities worked to reduce the spread of the coronavirus.

The pandemic caused factory shutdowns in China, a major source of packaging materials, vape hardware and other products relied upon by U.S. marijuana companies. Similar disruptions followed in Italy, India and scores of other countries.

Some U.S. cannabis manufacturers were able to sidestep issues in their supply chains by stocking up on inventory and establishing partnerships with multiple suppliers. In other cases, U.S. marijuana businesses nurtured strong relationships with their foreign vendors. One vaporizer company, for example, sponsors a Chinese rugby team in the city of Shenzhen and invites suppliers to the games.

“This situation specifically outlined the need for resiliency and redundancy in the supply chain, and it was a big wake-up call for the entire industry, who had not planned for any of this,” said Arnaud Dumas de Rauly, CEO of The Blinc Group, a New York-based cannabis vape hardware manufacturer.

What follows are tips and lessons gleaned from domestic cannabis companies forced to navigate obstacles while sourcing products from vendors in China and other areas dealing with the coronavirus pandemic.

SparqOne, which serves hundreds of California cannabis business, shifted some of its sourcing of cardboard boxes, child-resistant bags and other packaging and hardware materials from overseas to domestic suppliers. The company’s clients include infused gummy maker Kushy Punch, chocolate maker Mindset Organics and vape companies Church and Smoakland.

Before the coronavirus pandemic, Andrew Dorsett, general manager at SparqOne, worked with his executive team to create supply-chain redundancies so the firm had options in the event of international disruptions.

“We maintain these partnerships with local and regional suppliers,” Dorsett said. “Every once in a while, we will submit orders to them just to keep that relationship going. … When we have to pivot quickly, we’re able to reach out to these people right away, and they can fulfill what we need.”

In January, SparqOne reached out to its domestic partners to let them know it was expecting disruptions from China. The company switched to getting most of its packaging and raw materials from vendors in the western United States.

“By making a pivot early, we haven’t had any disruptions,” Dorsett said. “Everybody we deal with has been deemed an essential business in their area due to their support of different types of industries. We’ve been good to go.”

TIP 2: Go out of your way to create strong vendor relationships by visiting overseas suppliers and having boots on the ground.

The team at The Blinc Group has a decade of experience working with Chinese assemblers and suppliers on vaping products. That experience has provided the firm with a greater understanding of how to minimize disruptions from its international partners, said Blinc CEO Arnaud Dumas de Rauly, who also chairs the International Organization for Standardization (ISO) vaping products standards committee.

Blinc maintains an apartment in China for U.S. team members who visit the country to meet with international partners. The firm also sponsors the Shenzhen city rugby team and invites associates from its supplier and factory partners to the games. The investment in the local community has reduced communication barriers that other U.S. cannabis businesses face when working with overseas companies, Dumas de Rauly said.

“When the coronavirus pandemic was winding down in China, we quickly understood through our discussions with the Shenzhen city government and Guangdong province that not everyone would be able to immediately open their operations back up,” Dumas de Rauly said.

Blinc dedicated two production lines within partner assembly lines to making face masks for the local population. The goodwill effort gave the team leverage to open the rest of the factory for producing its vaping products, he said. “That’s one of the reasons we were able to get operational right after Chinese New Year, whereas a lot of players weren’t (manufacturing) for the entire month of February.”

Grove Bags continued to operate at full capacity in March, running three shifts a day, seven days a week to try to keep up with demand resulting from the lack of packaging available from China. In addition to manufacturing packaging, the Ohio-based company acts as a broker and sources products for customers. Grove Bags was able to fulfill orders in part because of its strong ties to international suppliers, CEO Jack Grover said.

Other companies might have struggled to communicate with international suppliers in a crisis or get their orders fulfilled if they demanded the lowest prices and were difficult to work with, Grover said.

“A lot of companies got themselves into big trouble by not carrying inventory, not having a good handle on their packaging supply chain and not having dedicated partners,” he said. “They didn’t have relationships with vendors. They also didn’t have a lot of vendor loyalty, so they didn’t have their vendor saying, ‘Hey, we’re expecting turbulence here.’”

Grove Bags has a team member in Southeast Asia who handles sourcing for the company. He works directly with suppliers. Additionally, Grover and others on his team have flown to meet its international partners.

“That creates a complete paradigm shift in terms of how the partners view you and work with your firm,” Grover said. “And that’s something that we used to get a lot of flak for from our board: flying around so much and having all these face-to-faces. But those relationships that we were able to strengthen and set up have really allowed us to keep delivering to our customers.”

TIP 3: Plan ahead to ensure your product inventories are adequate, anticipating holiday delays and other factors that can affect supplies.

Pantry began selling cannabis-infused olive oils, ganache bonbons and other food products in California in 2019. The startup quickly noticed inconsistencies in how long it took to receive chocolate from Italy, packaging from China and other orders from its international suppliers.

“Early on, we were waiting on product—whether it was chocolate or packaging or whatever—and seeing the lumpiness in the supply chain made us carry more inventory,” said Scott Jennings, CEO and founder of Pantry.

Pantry aims to hold enough packaging inventory to last roughly three months. Because food products have a shorter shelf life, the company tries to keep enough ingredients in stock to last one to two months.

“Not everybody has the money to do that because inventory is expensive. It’s money that’s literally sitting there until you sell it,” Jennings said.

Although Pantry has explored other suppliers for its ingredients, the company’s inventory cushion has not yet required a vendor switch, he said.

“We try to build in cushion models. If somebody says they can deliver in a certain amount of time and they were late before, then we build in a little variance around what they say and what we’ve seen them do,” Jennings said. “Then we add a little bit more variance to that time estimate depending on if there’s a pandemic or something else going on.”

Getting shipments out of China during the coronavirus pandemic is taking 11/2 to two times longer than it typically would take, Jim Makoso, vice president at Lucid Lab Group, said in late March.

The company, which extracts cannabinoids and manufacturers vape products, had some inventory cushion amid the coronavirus pandemic because it placed a larger order during the fourth quarter of 2019 to ensure it would receive vaping hardware during “the very small window” between Christmas and Chinese New Year.

“We’re really pretty proactive in terms of making sure our inventory stocks are adequate to handle any demand that we can foresee,” Makoso said.

“We’ve got it down to a science. We take whatever it is we think we need, multiply it times 1.5, add in the growth factor—however fast our businesses is growing—and that’s what we make sure we have on hand,” he added.

TIP 4: Think outside the box and work with local suppliers.

Environmentally friendly packaging inadvertently helped Coda Signature circumvent inventory shortfalls for its new line of gummies. Before the coronavirus pandemic, the infused chocolate maker worked with a domestic vendor during the fourth quarter that could supply the firm with compact pouches for the gummies it calls Fruit Notes.

“Interestingly, first we looked at round tins and square tins,” said Marji Chimes, chief marketing officer for Coda Signature. “We’re very concerned about the environment, and we want to have a packaging that has a smaller footprint.”

Coda settled on mylar pouches from a U.S. company for its coconut and lime, strawberry and rhubarb and other gummies. “They’re really flat, and you can store a lot of them,” Chimes said. “Bigger picture, we’re starting to look at the compactness of packaging for storage in addition to the environmental aspects.”

While Coda works with a mix of domestic and international suppliers—an Ecuadorian food producer, for instance, to import chocolate and a Chinese cartridge maker for its flavored cannabis distillates—dealing with local suppliers allows the firm to easily communicate the goals for its product packaging, quickly respond to regulatory changes and reduce shipping costs, Chimes said.

“It was a collaboration (with the domestic vendor) to get us to where we really wanted to be,” she said.

Next: Keeping Safe and Informed