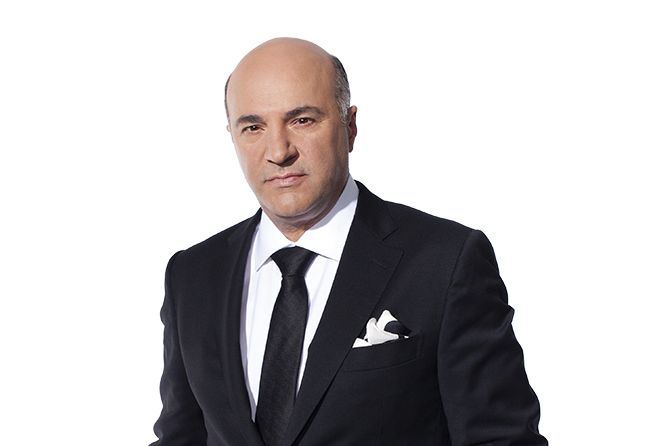 Kevin O’Leary has had a fair bit of success in the business world. A deep-pocketed investor whose net worth is estimated at more than $400 million, O’Leary has made his fortune through a variety of ventures during the past three decades – though he may be
best known for the American reality TV show “Shark Tank.”

O’Leary also happens to be the keynote speaker May 9 at MJBizConNEXT in New Orleans.

Marijuana Business Magazine spoke with O’Leary to get some of his thoughts on the investment opportunities and pitfalls in the marijuana sector.

If there weren’t concerns about marijuana being illegal at the federal level in the United States, what types of ventures would interest you as an investor?

Definitely on the growing side. The ones that look interesting are where you can really put large amounts of capital to work. That would be on providing equipment and growing facilities for medicinal marijuana. You think about where you can deploy a large amount of capital: It’s going to be in optimizing the growing procedures and standards. I see double-digit returns in that space. You may be right down to the level of buying land and setting up real estate facilities for that. And that, for institutional investors, is really intriguing. Infrastructure investing is always the most interesting for large pools of capital.

What about investing in ancillary businesses that don’t touch the plant?

Ancillary companies have a different type of risk: executional risk. You find all kinds of mixed-management skills in those companies. What really matters for investors is scale, and when you start talking about ancillary services companies, what matters more is the executional skill set of the management of each of those companies, and that’s all over the map.

I think you take much more risk going into smaller ancillary opportunities, even though you may feel from a compliance basis that you’re better off. I see a lot of deal flow in this space, and … because there’s so much excitement for potential growth, I’d argue that there’s a whole lot of mediocrity in terms of management coming into these opportunities, and you need a tremendous amount of due diligence before you put capital to work. This happens all the time.

When a new industry is born, you get a whole lot of growth, but you also get a whole lot of mediocrity attempting to capture some of that growth. I’m a venture investor, and I have dozens of portfolio companies – and at the end of the day, you can tell the good ones from the bad ones based on executional skills. This is one of the core areas to discuss, because executional skills in high-growth markets really determine winners and losers. There’s no question about it.

Do you have any tips on how to evaluate those possible skills, or lack thereof, before investors commit to a deal?

The trouble is, most of these are nascent businesses. So, when you’re looking at a new business, or one that’s being acquired by new management, you have to go back and see what their skill sets were prior. Very often, when you think about the challenges of growing or distributing or logistics of selling, you want skill sets that have already achieved that in other commodities. So, did they come out of the tobacco industry? Did they come out of the liquor industry? Did they come out of some other industry? That’s what I find so concerning about all these deals: There’s a whole lot of people who have never done this before. So, 18 months later, there’s just roadkill all over the place in terms of money invested that failed.

What kind of ROI do you typically look for, and what range do you think would be reasonable to expect in cannabis this year, within the current atmosphere?

Private capital is looking for 11%-17%. That’s sort of the range. Certainly, the industry has provided better than that to early investors. But when you start to think of an infrastructure play – growing, distribution, logistics, quality control of medicinal products – over time, as more competition comes in, and when it becomes (federally legal), this industry will return, like many other commodity industries, about 10% pretax. So, if you go and look at a mature sector in the S&P, and you find large tobacco companies, you’re lucky to make 15% pretax. After the cost of distribution and legal and compliance, you’re looking at 10% pretax – 11% or 12% to the bottom line of income. So, if you’re selling $100 million, you’re going to make $11 million pretax. And that’s where this industry will eventually peddle.

But along the way, there will be much more money made in picking the winners from the losers. The deal flow is unprecedented right now because once California tipped, that was the signal for a lot of people to start to deploy capital.

You worked with Vintage Wine Estates to create a line of wines. Do you think there could be some valuable lessons to be learned from the wine industry for cannabis businesses?

Yes, and the answer is scale. You can’t make money in the wine business unless you achieve scale. Scale to me is 150,000 cases a year. It is so difficult to make money with less than that. The majority of wine – 97% of wine sold in America today – is sold for under $14 a bottle. People don’t understand that. It’s only 3% that is done at these stratospheric prices north of $14, so your ability to make money has to be determined on how much scale you can get from a $14 sale. And that’s going to happen to the marijuana industry, too. Prices will come down very quickly when it gets a federal mandate. It will be based on returns after taxes are paid.