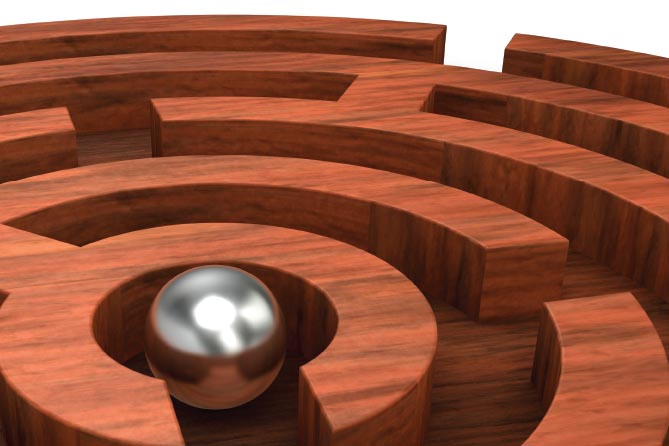 Medical marijuana business owners in California, Michigan and Montana are undergoing a huge transition as they move from a largely unregulated environment to one governed by comprehensive statewide rules.

These new regulatory frameworks, which stem from recently passed laws in each state, will no doubt require many changes in how existing marijuana companies operate.

Some – perhaps many – businesses won’t be able to win licenses or successfully make the transition to a regulated market, which could be a costly and complicated endeavor. How companies prepare for and handle this significant shift will help determine whether they thrive or fail.

“This is a historic change – a massive change in terms of legislation, regulations and the relationships between cities and states,” said Austin Hice, co-founder of Breez Mints, a Southern California edibles producer.

Luckily, MMJ business owners in these states have some breathing room. While lawmakers and regulators draw up a regulatory framework, entrepreneurs have time to strategize a calculated transition, partner with other entrepreneurs and share knowledge that will allow them to make the leap to a newly regulated market.

“If you’re a cannabis business owner, an entrepreneur or an interested party, you can’t go at this alone,” said Ariel Clark, a Los Angeles attorney and chair of the Los Angeles Cannabis Task Force. “It is incredibly important to find lawyers, accountants, communications firms, other professionals and trade organizations to help you gather good information. You really need a team of people to gather knowledge and understand how to get on the grid.”

The most critical factor in being successful, of course, will be compliance and a thorough understanding of any new laws and regulations.

“Read the law and read it again, then read it again, and read it again,” said Jamie Fricke, the owner of Holistic Earth in Davison, Michigan, a state that is introducing new regulations on the industry. “If you’ve read it a hundred times, that still isn’t enough. You have to know the ins and outs of every single requirement.”

Study Other Markets to Prep for the Application Process

One way to anticipate application requirements and new regulations is to keep a close eye on other regulated markets – such as Colorado and Arizona – as well as newly launched medical markets like Pennsylvania and Ohio. Benchmark regulations in other states can provide insights as to what might come.

For example, some states deny permits to applicants with felony convictions, outstanding tax debt or a history of bankruptcy. Know the nonstarters in other states before you invest time and money in your state’s application process.

Also, use other states’ regulations to anticipate zoning changes and scale your operations accordingly, said Fricke. She mentioned Pennsylvania as a state she’s watched closely. It’s a brand-new market that requires growers and processors to have proof of funds of $2 million, with $500,000 in the applicant’s bank account. Dispensaries must have proof of funds of $150,000 in an applicant’s account.

Based on that information, she’s anticipating that Michigan may require similar liquid and tangible assets on hand, so she is vetting potential business partners. Fricke also moved Holistic Earth away from a school zone and is planning to open in a larger facility, based on zoning regulations she knows exist in other markets.

“Laws are different in every state,” said Matthew Abel, a Michigan attorney who owns Detroit’s Cannabis Counsel, which represents dispensaries, collectives and others in the MMJ industry. “It is useful to be familiar with the diversity of regulation, but until rules are drafted in (unregulated markets) there is no certainty about how one might prepare for the application process.”

That said, it’s best to overprepare, Abel advised, so that it’s more likely your application meets all your state’s new requirements.

Avoid Paying Too Much for Real Estate

Once an unregulated market adopts new rules – if not before – the cost of real estate can skyrocket. You can do a few things to avoid paying inflated rents and prices.

Purchasing real estate on speculation is risky and requires ample resources. Option property if you can, Abel said. An option is a contract where you pay a fee – either flat or periodical – in exchange for the right to lease or purchase the property at a fixed price during a set future period of time.

You can also option property contingent upon receiving a local permit to operate, said Clark, the Los Angeles attorney.

But, she added, “Take the time to get real.” Estimate how much you’ll need to allocate for initial expenditures. In some scenarios, you may need to rent property without operating there for nine or more months until you have a local permit.

“Anticipate what the zoning might look like,” she said. “If you’re going to farm cannabis in a greenhouse, look in agricultural areas where agricultural production in greenhouses is already allowed.”

If you’re looking at retail locations, avoid school zones. Common sense will allow you to identify potential locations before you meet with city planners.

Finally, if you’re operating under patchwork regulations now but are eager to scale up, sign a shorter lease until all new state requirements are released. Fricke signed a one-year lease on her new storefront but plans to sign a longer lease when she secures her permit.

It may be time to draft a new operating agreement if you – like Fricke of Michigan’s Holistic Earth – are planning to take a business partner to boost your liquid and tangible assets.

In an operating agreement, define each partner’s contribution, said Abel, the Michigan lawyer. Whether it’s capital, labor or intellectual property, there should be no question what partners bring to the table. Spell out how revenue will be allocated. One partner might think the goal is to turn a quick profit while another might want to invest in a long-term business strategy.

Also, be clear about your mission. Ask yourself, “Are there opportunities to expand product lines or manufacturing, and are we all aligned on how we’d like to grow?” Write that into your operating agreement. And define factors that can trigger dissolution and determine whether one partner can buy another out.

“It’s essential to create policies before a crisis or a dispute,” Abel said. “Because once there’s a dispute, it gets really messy.”

Invest in a 280E Expert and Solid Legal Counsel

New tax regulations may change the way you’re accustomed to doing business. For some, a new state excise tax will affect sales and operations.

If your state levies an excise tax on gross receipts – as Michigan plans to – consider a separate sales counter or suite for T-shirts, pipes, lighters or books so consumers aren’t paying an additional tax on that merchandise.

Fricke, of Holistic Earth, is strategizing how she’ll navigate new taxes and eyeing the law. She’s considered creating a separate business entity to sell ancillary or novelty products or moving the products into a separate suite. If those products aren’t included on the gross receipt for cannabis sales, businesses and consumers aren’t taxed on them.

To navigate the changed tax and legal landscape, hire an accountant and a lawyer who understand the state’s new regulations, and who know how to leverage tax-cutting strategies, specifically what you can write off as cost of goods sold under section 280E of the federal tax code, Abel said. Some recommend setting up a C corporation for a retail operation and an LLC for a farm or manufacturer.

“You need an accountant who understands 280E,” Abel said.

Develop a Strategy to Compete With Black-Market Operators

He noted that criminal convictions or other factors may disqualify them from participating in the newly regulated markets.

Fricke said it may be worth reaching out to black-market operators to try to bring them into the fold, but, she noted, “wherever you have overregulation you will see black-market activities.”

Abel is keeping a close eye on the California suit.

Fricke cautioned: “Suing people in this industry is a catch-22. You may put yourself on a record in a civil lawsuit, which could be used against you in a criminal court.”

Fricke prefers focusing on what she can control.

To compete with unlicensed operators, market your dispensary as a legal business that has passed safety checks and holds the required licenses. Create talking points on price points, consumer safety and background checks for employees.

Educate your patients on the regulations and requirements that allow your business to operate in the legal market. And set fair price points.

“Maybe police will focus on black-market operators, maybe they won’t,” Fricke said. “But in my business, I’m only concerned about one thing: the patient or consumer.”