Medical cannabis dispensaries will face increased scrutiny by the IRS and could be forced to pay tens of thousands – or even millions – of dollars in back taxes in the wake of a court decision that will further complicate life for MMJ businesses.

The US Tax Court ruled last week that dispensaries cannot deduct common expenses incurred while operating a dispensary – including costs for bags and storage jars – from their taxes given that they provide a drug that is illegal federally.

The case involved the Vapor Room, a San Francisco-based dispensary that recently closed due to federal pressure on its landlord.

“Congress in section 280E has set an illegality under Federal law as one trigger to preclude a taxpayer from deducting expenses incurred in a medical marijuana dispensary business,” the court wrote. “This is true even if the business is legal under State law.”

The government will no doubt use the rule as a precedent when going after other dispensaries, and the IRS will reportedly incorporate this decision into current and future audits. This could be enough to sink some, or many, dispensaries depending on how aggressive the government gets. Most medical marijuana centers are struggling financially and simply don’t have the cash to pay a huge tax bill.

Even if a dispensary is not audited, it will be difficult to deduct business expenses going forward, which will increase the financial strain on the business.

The tax issue has become a hot-button topic in the industry as of late. A handful of MMJ leaders have even banded together to form the 280E Reform Team, which offers tax seminars in medical cannabis states around the country (the next one will be held in Albuquerque on Aug. 25). The subject will also take center stage this November at the National Marijuana Business Conference, which will feature a panel discussion on MMJ taxes with experts Henry Wykoswki, Jim Marty, Greta Carter. 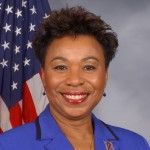 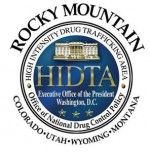