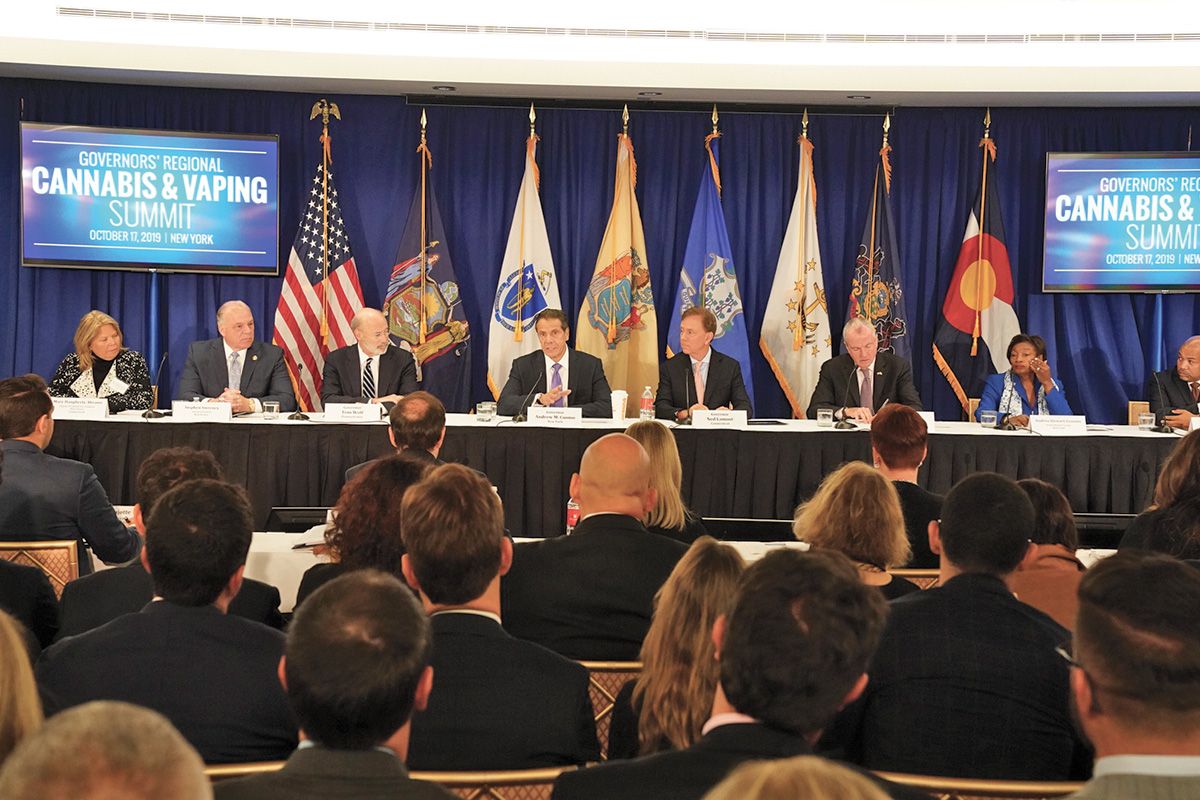 State marijuana laws reflect a patchwork of regulations, making it harder for cannabis companies wanting to expand their geographic footprints. But that might change with a grand experiment in the Northeast.

The governors hope their states can agree on core principles and uniform standards governing licensing, taxation, minority and small-business participation, product potency and other issues.

If—and it’s a big if—all five were to legalize adult-use marijuana, such regional coordination could unleash billions of dollars worth of cannabis-related business opportunities in one fell swoop. It also could serve as a blueprint for other states.

Cannabis companies would still need to spend considerable resources and money to apply for business licenses, but they might be able to use one application as a template for others in the region. Moreover, the laws and regulations would be similar from state to state, making it easier for companies to operate in multiple Northeast markets.

Noah Potter, a cannabis attorney at Hoban Law Group’s New York office, sees uniform tax structure as a way to achieve some market equalization. If neighboring states offered the same prices and tax rates, for example, there would be little economic incentive for customers to travel across borders to buy marijuana products.

Scott Rudder, president of the New Jersey Cannabusiness Association, said it makes sense to strive for a common regional platform in the absence of a nationwide regulatory system for marijuana.

It’s common, he noted, for states that share borders to work together on issues such as the environment and health.

So what are the chances of regional cannabis coordination succeeding? That’s hard to say.

The governors represented at the recent Northeast cannabis summit were Democrats, and many of their state legislatures are, too.

Those in attendance included Andrew Cuomo of New York, Phil Murphy of New Jersey, Tom Wolf of Pennsylvania and Ned Lamont of Connecticut, while Rhode Island Gov. Gina Raimondo was represented at the conference.

Consider New York and New Jersey. “In those states, the public-interest advocates have strong influence over the legislatures, and trying to craft a uniform cannabis code by interstate compact may prove difficult, particularly in the whirlwind environment of Trenton and Albany,” Unruh noted, referencing the New Jersey and New York state capitals, respectively.

For example, New Jersey legislators in mid-December passed a resolution to put recreational cannabis legalization on the 2020 ballot.

If one state legalizes, that will put pressure on others to follow suit out of fear they will lose out on economic development and tax revenues.

That could be true even in states such as Pennsylvania, where state Senate Republicans were adamant that they had no intention of considering a legalization bill.

Potter said Pennsylvania Republicans might not want to hand a victory to the state’s Democratic governor, but they might face a public backlash if New York and New Jersey legalize and they don’t follow suit.