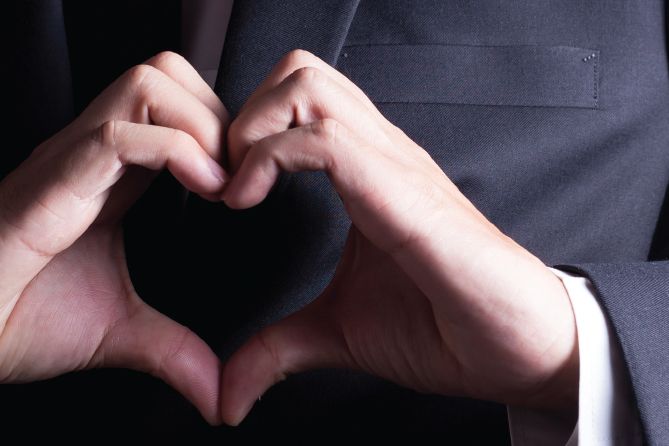 Picking a company for a partnership requires trust, face time and a clear understanding of its finances

As more states legalize medical and recreational cannabis, plant-touching companies are looking for partners to produce and peddle their branded products in a new market. But finding the right partner is a bit like dating.

Companies that choose their partners well could be married for life. But a poor choice could end in a messy, costly divorce.

The federal ban on interstate marijuana shipments means expansion-minded, plant-touching companies – from edible manufacturers and retailers to testing labs – must own licensed facilities in each state or partner with a company licensed to do business there. Partnering can be cheaper.

What should cannabis companies look for when establishing partnerships?

“The first thing we’re looking for is someone who is going to be a good brand steward for us – someone who knows our brand and appreciates our brand,” said Nancy Whiteman, co-founder of Wana Brands, a Colorado manufacturer of marijuana-infused edibles. Wana Brands has partners in Oregon, Nevada and Arizona and has plans to team up with companies in Florida and Illinois.

“A lot of it is just personal chemistry and integrity,” Whiteman said. “We look for people we would like to be long-term partners with and we feel the chemistry is good.”

Developing a relationship that both companies are comfortable with can take anywhere from two to six months of meeting with people and visiting their facilities. It also requires a good understanding of their finances, trust and face time – among other things. Below are tips for finding a suitable business partner.

When vetting potential partners, it’s important to learn whether they have the capital necessary to build infrastructure and acquire product inventory, such as edibles, vaporizers, etc.

“I always go on a diligence trip to a new market prior to consummating a licensing relationship,” said Chris Driessen, president of Organa Brands, a Denver provider of vape pens, edibles and other infused products. “During that process we require proof of funds equivalent to the capital and operating expenses for at least two years. This can range from a couple of million dollars to tens of millions of dollars, depending on the size of the market and opportunity.”

“We are able to get a pretty clear sense of both the integrity and the capital resources of our potential partners in the discussion phase,” Cathcart said. “Thanks to our experience across multiple U.S. states and several international countries, we know well what kind of capital, equipment and scientific expertise is needed.”

Perhaps the most important consideration is trust in the people you partner with.

“Most important to us, because we’ve had a bad experience, is: Are you good people? Are you somebody we want to do business with?’” Driessen said.

During the courtship phase, conference calls and emails are a good start. But when things start to get serious, spending face time with potential partners is imperative.

“You’ve got to show up,” Driessen said. “We sat in a farmhouse and talked. You want to learn what kind of men and women they are. Are they somebody you want to spend time with and break bread with? You’re looking for people who are like-minded with similar cultures and similar core values.”

Being on the Same Page

Cathcart said the best way to ensure a successful partnership is to make sure any potential partner shares your company’s vision and integrity.

Steep Hill, for example, looks for partners that uphold its mandatory principle of scientific integrity and share its values to test and label products accurately for safety. They also must be knowledgeable about best practices in medicinal cannabis, food and product testing.

“During the process of discussing the licensing agreement structure with prospects, we are able to get a pretty clear sense of the integrity of our potential partner,” Cathcart said. “If we uncover any red flags, we take a pass. We are only interested in working with best-of-breed partners, and we will pass up a relationship that only enables us to plant a flag in a new jurisdiction.”

The Berkeley, California-based testing lab operator licenses its technology to partners across the nation and overseas. The licensees often are teams of doctors, laboratory specialists and health care experts. Cathcart noted the company does extensive due diligence when vetting potential partners.

“When we’re working with prospective licensees, we conduct interviews and meet everyone on the management team,” Cathcart said. “We make sure we understand their sources of capital, who their investors are and what experience and capabilities they have.”

Though Steep Hill doesn’t require a certain set of skills, it does look for proven entrepreneurial success and an appreciation for scientific fields, even if they’re not related to cannabis.

At Steep Hill Arkansas, for example, co-owner Brent Whittington is also the owner and CEO of Moots Cycles, a premium bicycle manufacturer based in Steamboat Springs, Colorado. He previously worked at Windstream, a Standard & Poor’s 500 communications and technology company. Co-owner Brandon Thornton is also the vice president of pharmacy operations for Custom Pharmacy Solutions in Birmingham, Alabama.

Once they are chosen, licensees form their own third-party entity, which does business as Steep Hill in whatever location they’re in, such as Steep Hill Hawaii, Steep Hill Alaska or Steep Hill Maryland. The company also has licensees in Arkansas and California, as well as several company-owned facilities established before Steep Hill opted to pursue the licensing route.

NanoSphere Health Sciences Inc. – a Denver biotech firm that uses nanotechnology to deliver cannabis medications – also relies on licensing to expand its footprint. The firm recently executed an agreement with a California company and is currently in negotiations with potential partners in Florida, Oregon and Canada.

NanoSphere’s president and chief operating officer, David Sutton, pays close attention to what other people say about companies he’s considering partnering with. He also looks for transparency: Potential partners must be willing to open their books and demonstrate how their companies operate.

“A red flag would be a lack of transparency,” Sutton said. “If you’re not open to how you run your business, how you run your books, that’s a big warning flag for us. It usually means they’re doing something they feel they need to keep away from the public eye.”

Potential partners also must follow the state’s regulations to the letter, said Sutton, who recalls vetting companies in Colorado when he was first looking for partners. Many of them had started in the black market before the state legalized cannabis for recreational use.

“They still had shadows or hints of their past lingering in their current operations,” Sutton said. “They were not following the rules. They were skirting a lot of the regulatory requirements, skirting in testing and advertising.”

Sutton said he’s found that people who had never been in the industry and were just starting companies often make better partners than those who grew up in the black market.

“They’re coming from outside the industry and starting fresh,” Sutton said. “They bring a sense of organized business. They bring the values and the organization from corporate America or even mainstream America into cannabis, and it shows in how they account for things and how they manage their businesses.”