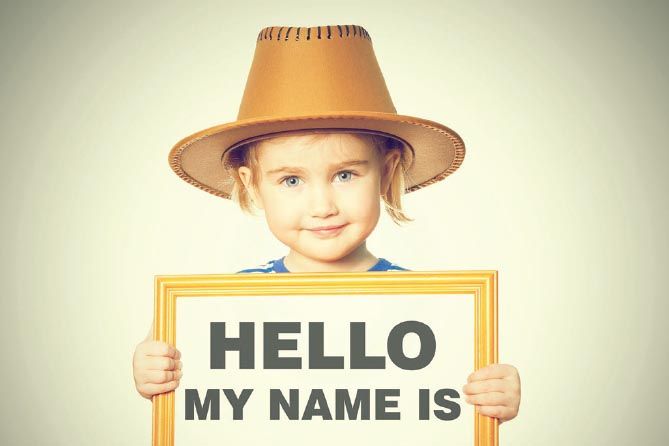 What’s in a name? A lot, it turns out, especially when it comes to marijuana.

As the cannabis industry morphs from an underground “stoner” culture into a mainstream business, marketing and branding experts say it’s critical that breeders, growers and retail shop owners be alert to how the general public perceives their products. This is particularly important if the industry wants to make marijuana more appealing to a wider audience and get state and federal lawmakers on board.

While longtime cannabis users may think nothing of names like AK-47 or Alaskan Thunder F#*$, such monikers can scare off uninitiated consumers and patients as well as raise eyebrows among lawmakers. Some strain names turn off people because they are offensive, sound scary or invoke deadly drugs.

Some companies are already taking action. In early March, Canndescent, a California grower with operations in Desert Hot Springs, announced it was abandoning traditional strain names in favor of an “effects-based” classification system using terms like “calm” and “cruise.”

“You shouldn’t need to bio-hack your body through a periodic table of ominous strain names like Durban Poison and Trainwreck just to buy some pot,” Adrian Sedlin, CEO of Canndescent, said in a news release.

Berkeley Patients Group came to a similar conclusion a while back. The California dispensary worked with a grower to come up with an alternative for the strain Green Crack. It’s now called Dream Queen.

“Green Crack is not very medicinal sounding, which is what we’re trying to portray,” said Victor Pinho, the dispensary’s director of marketing. “Dream Queen, which is well-used throughout the industry, takes the edge off a name like Green Crack. It’s a widely acceptable use of an interchangeable name.”

Berkeley Patients Group also has reassessed other products. It previously sold a hash wafer named Shiva Crystals, which some of its patients took offense to for religious reasons. Shiva is one of the principal deities of Hinduism.

“It was not super offensive, but it had a religious undertone that was offensive,” Pinho said. “That was a very high-quality product, and we had to work with the manufacturer to change the name to be able to carry that top-quality product.”

The dispensary ended up calling the product Hash Wafer.

Strain names typically reference the genetics of the two parent cannabis plants that created the flowers ultimately sold in dispensaries. The word “kush,” for example, is found in a number of strains that are descendants of indica plants originally grown in the Hindu Kush mountain range around Afghanistan and India. Chem and Dawg also are qualifiers found in many strains.

While there’s science and history behind what strains are called, many have names that perpetuate the industry’s counterculture image – think Trainwreck or Zombie OG. Marketing and branding experts say that could be detrimental to the marijuana industry moving forward.

“If formalized opposition occurs for any kind of legalization, the industry doesn’t want to give that opposition any fuel for a negative advertising campaign,” said Chuck Underwood, founder and principal of generational consulting firm The Generational Imperative. “The industry doesn’t want to give its opponents those high-octane names for its strains.”

Be Wary of Child-Oriented Names

Underwood said it’s crucial for marijuana growers and retailers to understand the needs and value systems of the five living generations of Americans.

Gen Xers (ages 36-52), for example, are the primary parent generation today, with the millennials (18-35) just entering that phase of their lives. Because they’re younger, marijuana use is more social than medical.

“Their decision to purchase and use will be recreational, but it’s a decision that will be made with their at-home children in mind,” Underwood said.

That brings up another issue with strain names: Monikers that potentially appeal to children. Kid-friendly names for marijuana strains are actually forbidden in Oregon. Last fall, regulators there approved a rule that forbids the use of certain cannabis strain names in the marketing and packaging of marijuana. So long, Girl Scout Cookies. Goodbye, Grape Ape. Ditto, Cinderella.

“Part of that is probably a legal discussion — Girl Scout Cookies probably has some sort of a trademark on it,” said Joe Hodas, chief marketing officer at Dixie Brands, a Denver-based manufacturer of marijuana-infused beverages and other products. “The other side is that those are things that kids like, but those are things that adults like, too. Adults are greater consumers of them.”

As the cannabis culture has developed, strain names that were funny 20 years ago don’t do the industry any favors today, Hodas added.

“Not all of them need to be eliminated,” Hodas said. “Just be cognizant that there is potential for strains to achieve greater success if they are more accessible to the public.”

Though genetics play a large part in what a strain is called, breeders should keep the female marijuana user in mind when naming their strains, according to social media industry veteran and brand innovator Kyra Reed, founder of Markyr Digital. Women, the primary decision makers in most households, account for 80% of buyers, according to Reed. Women, she added, expect a product’s name to reflect what it does.

“In marketing, you have to give your products names that speak to the outcome or the results that you want,” Reed said. “AK-47 sounds like you’re going to get annihilated. We have to educate and appeal to women and make the strains reflect the results. Sonoma Gold Rush, Girl Scout Cookies — what do those names mean? You’ve got to learn how to market and brand like the pros.”

As marijuana sheds its underground image and the stigma surrounding it evaporates, an increasing number of people who have never tried it are becoming more curious about the plant. Educating newcomers about the benefits and effects of cannabis is critical to the industry gaining widespread acceptance. But acceptance won’t happen if the products sound threatening or frightening. Reed points to the names Trainwreck and Sour Diesel as examples of poorly named strains.

“Why would you want to smoke something that’s got the word ‘diesel’ in it?” she said. “Raspberry Delight — now that’s an optimistic name.”

As the cannabis industry fights to gain acceptance from the masses, businesses also must focus on the larger goal of nationwide legalization and do what it takes to get there, Underwood said. Those efforts should include coming up with friendlier names for marijuana strains.

“Cannabis entrepreneurs tend to be very individualistic, very entrepreneurial, very self-reliant and more self-focused than they are industry-focused,” Underwood said. “They should be strategic and keep in mind all voters when naming their brands. When the day comes that legalization is where these entrepreneurs want it, then capitalism takes over, and then they can name their strains whatever they want.”