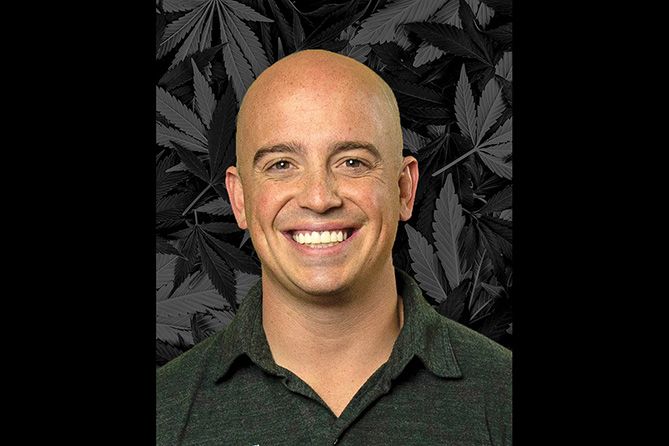 When Joshua Haupt released his controversial cannabis growing guide, “Three A Light,” in 2015, some people thought he was selling snake oil. Growers were struggling to yield 2 pounds of cannabis per grow light. Surely, 3 pounds wasn’t consistently achievable, they said, and anyone saying otherwise was trying to pull one over on new growers.

“The goal was to establish ourselves (“Three A Light” and SuperFarm) as industry leaders and people who are in the industry for the right reason, trying to push it forward,” Haupt said. “The notoriety we received from the book has allowed us to do exactly that.”

Today, Haupt runs the cannabis cultivation company SuperFarm, which has two facilities in the Denver area based on the methods outlined in “Three A Light.” He is also the chief revenue officer for Denver-based cannabis consultancy Medicine Man Technologies. The company now owns Three A Light and Success Nutrients, the line of soil amendments Haupt tailored specifically to his unique growing method for cannabis.

Haupt spoke with Marijuana Business Magazine about trends among growers, common mistakes in cultivation operations and where he’s seeing the most innovation in the sector.

What’s the No. 1 thing cultivators should be thinking about right now?

Cultivators need to anticipate what happened in Colorado. What happened in Oregon. What happened in Washington (state). The industry average for cost of production per pound is between $800 and $1,100. You’ve got to find a way to streamline your efficiencies. You need to be growing a pound for $400 or less. Otherwise, you will struggle, because that is where it’s going. Focus on efficiencies, big time.

When you’re consulting, what are some of the biggest mistakes you see growers make?

People think that if they get a license to grow cannabis, it’s basically a license to print money. It’s the exact opposite. It’s a license to lose an incredible amount of money.

There’s a lot of people who want to get into cannabis right now who don’t understand it’s an incredible amount of work. There’s a high risk to it.

Cannabis is far from cruise control. You need to be intimately involved with the details. We’re not making widgets.

You need to plan to lose money for the first couple of years. You really need to plan to spend as much as possible to create the infrastructure of your business, so that way it can run smooth and be consistent for years to come.

Where are you seeing the most innovation in the cultivation sector?

One-hundred percent in grow lights. Everybody’s trying to rebuild the sun. (They say), “We’re going to make a bulb that’s better than sun. It’s going to have different rays, different this, different that.” But they don’t realize that cannabis has been grown for millions of years. Inherently, it knows one sun. So, all we can do is try to complement Mother Nature. We can’t try to beat her. The best innovations that I’ve seen are ones that are having more pink, yellow, orange and red rays. Less blue rays.

What type of lights are those exactly?

Right now, there are more LEDs that are taking on a kind of a high-pressure sodium approach, where the light actually does produce heat. I’m a firm believer that photosynthesis occurs with a certain degree of heat on it. I imagine that a plant feels the sun touching it, that there’s warmth there, so it wants to kind of come out and continue to grow. People who try to build lights without heat in them are missing a very important component. I would suggest LEDs that are carrying a little bit of heat with them.

I look forward to when a quad-arc bulb comes out. But that’s going to be a hot bulb. You’re going to need to double your AC.

What should cannabis business owners be looking for in cultivators?

Find someone who is extremely willing to learn. Then I would look into their current processes: “Show me a garden you’ve done. Show me how you’ll go from the four-light setup in your basement to the 400 lights we’ve set up and we’re designing down the street.”

When you have four lights in your basement, you can be the grower who takes all the clones, transplants everything, moves them into veg, trims them. You do everything along the way.

With 400 lights rolling, you’ve probably got 15 flower rooms. You’ve got so much going on, you have to have efficiencies, and you have to have all of these things streamlined so you can educate them without your involvement. And they can, more importantly, do them to your standards. Get people who are willing to learn.