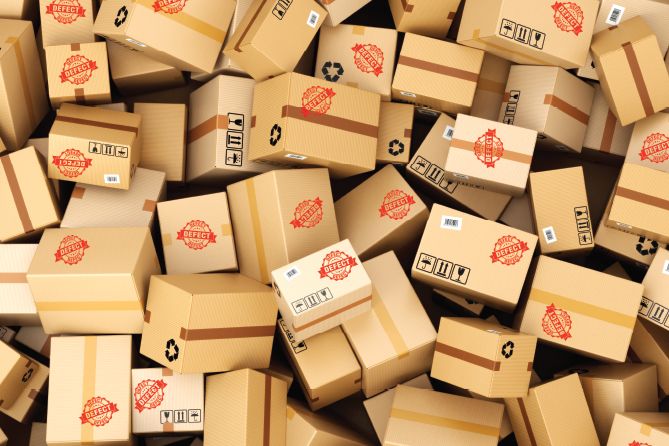 Product recalls increasingly may be a fact of life for those who sell marijuana products, meaning that cannabis business owners need to have a plan at their fingertips to cope with questions and concerns raised by regulators and consumers. It might even save your business.

A crisis can strike at any time. But a good recall plan can help growers, infused product makers and other businesses head off a public relations disaster – and prevent customers from abandoning a company’s products.

In recent months, marijuana products have been recalled in several states as well as in Canada. A variety of products – ranging from edibles and medical cannabis to vape pens – have been recalled for pesticide contamination, higher concentrations of THC than advertised, mold and mites, packaging issues and other problems.

Experts agree that production snafus and recalls are not going to go away, and probably will increase as more states legalize marijuana. So it is essential to have a recall plan in place before things go south.

“You don’t want your client’s company going up in smoke,” said Janet Vasquez, principal of JV Public Relations in New York. “It is imperative to be ready for anything conceivable, especially a recall because it becomes a public health safety issue.”

Why You Need a Plan

Having a recall plan may be a requirement for doing business.

“Most states have laws around cannabis recalls that specifically state as part of the application/license process that a recall plan is required standard operating procedure,” said Karen Freese, principal of Freese Branding + Consultancy in San Francisco.

Even if they are not mandated, it would be crazy not to have a road map in hand for navigating a crisis, she said.

“CEOs have a fiduciary responsibility, which includes insulating the company from liability and minimizing risk. If they don’t have a plan, they are foolish,” Freese said.

The cannabis industry may be more likely to face recalls than other industries, she said. Not only is the industry growing by leaps and bounds, but medical and recreational marijuana products are not tested in a uniform manner – and that can lead to recalls. Regulatory issues also are at play.

“The recalls to date for cannabis have been largely due to the states not having a clear understanding of what is healthy and unhealthy from a parts-per-million (ppm) for pesticides, molds, etc. when inhaled or when plant material is extracted into concentrates, which magnifies the impurities,” according to Freese.

“Another issue is that lab testing facilities statewide can use different testing equipment that can yield different results on the same test sample. The laws for testing are not as much complex as they are knee jerk.” She said some regulators “set the ppm limits super low because they don’t know and have a responsibility to protect the public.”

A recall plan should clearly outline a chain of command “in which relevant members of the C-Suite, lawyers and members of the risk management and communications departments are made aware of the situation,” said Aubrey Gordon, president of Sprocket Communications, a Denver public relations and social media company.

“Each person should have a defined role and a ‘tier’ when it comes to reviewing drafts of statements and media releases related to the crisis – which ensures that external communication properly reflects how the company wants to respond.”

Before a recall occurs, marijuana business owners must be prepared to answer questions posed by reporters, public relation experts agreed.

“Media training is definitely a staple with our agency, and when it comes to crisis situations – it’s a must,” Gordon said. “It’s always helpful to talk through would-be questions from media in advance – even better when we can videotape a mock Q&A and the spokesperson can hear themselves answering those questions.”

She added that well before a real crisis occurs, a company’s designated spokesperson – whether it’s the CEO, the head of marketing or the risk manager – should sit down with the PR team to practice answers and review tough questions. “It’s a good time to practice body language as well,” Gordon noted.

Vasquez even suggested releasing a video response from the CEO following a recall. The video could include a simple and straightforward example of what happened, an apology and a brief description of steps taken to address the situation.

“This is certainly more personable and has much more meaning than just words on a page,” she said.

What to Say After a Recall

Gordon said following a recall, a company should:

“Once the situation is fully assessed, you can look at giving more specific details, such as percentages and numbers,” Gordon said, referring to the amount of products covered by the recall. “However, those numbers should be presented as facts and not as subjective commentary. It’s important that the company sticks to the facts and leans into transparency.”

Freese said once items have been recalled, it is important to gather as much specific data as quickly as possible. That includes the items being recalled, product tracking codes or batch numbers, and why the recall was necessary. For example, the problem could have originated from a supplier, a lab, an extractor or an edible maker’s kitchen.

Also, consumers need to be told where they can make returns, how they can be reimbursed, or if they can exchange the tainted product for something else.

What Not to Say

“It’s important to stick to the facts and not go off on tangents,” Vasquez said. “Speculation and conjecture are rampant on the internet and on social media. We want the media and the public to hear it from the company’s executive’s mouth directly and use this as the primary source of information.”

Also, keep it simple and straightforward.

“In the first communication with media, we would recommend keeping comments broad and direct, avoiding language that feels defensive,” Gordon said. For example, in most cases the executive should avoid blaming overly zealous regulators for the recall.

It is especially important to work with legal counsel if the company is publicly traded, Vasquez said

“There needs to be strict adherence to compliance, and the company has a responsibility not only to the public that may be consuming their product, but also the added layer of shareholders and regulators,” Vasquez said.

That said, the company’s ownership structure shouldn’t matter when responding to a recall, Freese said. Regardless of whether the company is public or private, the most important thing is protecting the safety of consumers first, she said.

“Second is minimizing liability to the company. There’s plenty of attorneys who scour the news looking for class-action suits,” she said – a situation that can lead to costly legal bills.

It’s important to know why recalls in the marijuana industry differ from those in more mainstream industries. It will help you craft a plan.

For starters, marijuana companies – and the industry in general – have more at stake.

“Executives in more mature industries don’t need to be legitimized or to prove their product or service,” Vasquez said.

Even Wall Street investment bankers who have entered the cannabis field need to be counseled on how to navigate responding to a recall, she said. “There are so many restrictions even in the way one tweets in this industry,” Vasquez noted. For example, social media messages about marijuana could be viewed as advertising – something certain social media platforms frown upon.

Dealing with a marijuana product recall is more challenging than recalls in other industries, Freese said.

“Cannabis companies have the added burden of the naysayers and prohibitionists immediately jumping out to disrupt, cause doubt and spread misinformation. You don’t see that in other industries that have recalls,” she noted. “We are still fighting a stigma and federal classification of Schedule 1 drug. That is not a consideration with non-cannabis clients.”