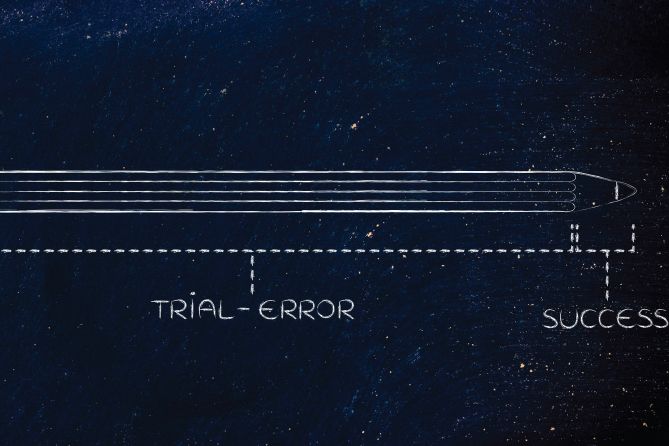 Failure is an integral part of Tim Moxey’s standard operating procedures. The co-founder of BotanicaSeattle has relied on trial and error since he and Chris Abbot put out their first cannabis-infused product in 2014.

Former classmates in Dartmouth College’s MBA program, Moxey and Abbot were acutely aware they knew nothing about the marijuana business when they decided to make a go of it. But that didn’t stop the duo from plowing ahead with BotanicaSeattle, one of Washington state’s leading producers of edibles.

The Seattle company makes infused chocolates, mints, cookies and fruit-flavored jelly and tart candies – products that were perfected through a deliberate process.

“When we do something, we see if it works. And if we see it doesn’t, we let it go,” said Moxey, who is the company’s CEO. “You’ve got to be comfortable with failure. We’re constantly refining it and changing it and rethinking through how we can get ahead.”

The company has succeeded by developing products that taste good and targeting a range of consumers, from newbies to sophisticated users. In 2016, BotanicaSeattle sold $3.7 million worth of edibles in Washington state alone. In 2017, the company rang up total sales of $5 million, including those for BotanicaSeattle and its Oregon unit, BotanicaPortland.

BotanicaSeattle’s infused brands include Spot, Proper Chocolates, Bond, Mr. Moxey’s Mints and Journeyman. It sells only products for recreational use that are designed to provide relaxation, help with sleep or relieve anxiety.

In addition to Washington state and Oregon, the company has plans to expand into Colorado this year. California’s huge new marijuana market is next on the to-do list, and the company plans to launch sales in Canada in 2019.

The recipe for BotanicaSeattle’s success starts with taste.

“For us, quality of the product is paramount,” Moxey said. “Edibles are the most precise and consistent way to consume cannabis, but only if it’s made correctly.”

That focus on quality requires plenty of tinkering and, at times, failure.

“We’ve tried lots for the mints, including some truly horrible tasting fruit flavors that didn’t work. But in the end, we realized that the mint versions we made were stellar, so we stuck to those,” Moxey said.

Moxey’s attention to taste reflects his experience at Nuun, a Seattle company he founded in 2004 that produces popular hydration tablets for athletes. Moxey didn’t like how sugary sports drinks were, so he concocted one that was better suited to athletes like him.

“Sports drinks didn’t taste good, and to be an effective sports solution, you need to drink it,” Moxey said. “We approached making edibles the same way – as food first and cannabis second. A lot of companies start with pot as the main ingredient and then work out where to stick it.”

The culinary team uses top-shelf ingredients like French chocolate to create the edibles, making sure the flavors are right before handing the recipes over to the production crew, which knows how to make the products quickly.

BotanicaSeattle also is particular about the marijuana used to produce the cannabis oil for its infused products. The company procures its cannabis from farms that are Clean Green Certified, a top certification for organically grown cannabis that is cultivated using sustainable, natural practices.

In addition, the company sources its restaurant-grade ingredients through the connections its culinary staff has cultivated over the years.

Because the market for cannabis is large and diverse, BotanicaSeattle offers several different product lines geared toward a variety of consumers, including first-time users and cannabis connoisseurs.

The company doesn’t do much market research — Moxey said it’s more fun to try something and see if it works. But it does consider customer feedback.

“You create brands that resonate with a target audience,” Moxey said. “Seniors are using it, so what products would a senior want and how is it different from what I would want in my 40s or what someone in their 20s would want?”

“The Journeyman products are made really well, taste great and pack a punch,” Moxey said. “It’s fun. Too many brands take themselves seriously, but we’re selling cannabis, and for some people, that’s about fun. We shouldn’t be taking life too seriously, but instead remember that, ‘Life’s a Journey, Man.’”

Then there are Mr. Moxey’s Mints, a popular edible that is geared toward newbies. The three different flavored mints – cinnamon, ginger and peppermint – are infused with either 5 milligrams of THC or CBD, as well as specific herbs like ginseng and ginkgo.

When adult-use marijuana first became legal in Washington state in July 2014, Moxey knew it was important to commandeer as much shelf space as possible in the dispensaries that planned to sell recreational products. So he sought to gain first-mover advantage in the fledgling market.

“When you open on Day One, there’s nothing on the shelf, so you want to take the shelf and dominate it,” he said. “The more of a presence you have, the more likely you’ll cling onto it as the market grows.”

Moxey said product quality is key to establishing a presence. He cited the launch of his Nuun Active tablets in 2004. The product was fighting for space with hundreds of other sports drinks. But Moxey said he was able to get the tablet into Whole Foods Markets and REI because it was a quality product that provides effective hydration and tastes good.

Moxey is banking on having the same experience for his edibles.

“Our mints are the No. 1 product in Washington state,” he said. “It’s easier when you demonstrate you’re good at something.”