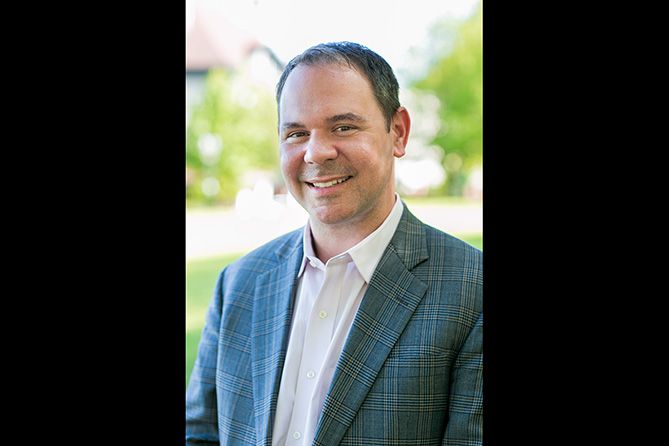 Troy Dayton wants to make the world a better place through cannabis.

The co-founder and CEO of  San Francisco-based investment group Arcview wants to make profitable investments in the cannabis industry, for sure, but there is also a large social component linked to his business philosophy.

For someone initially motivated to get into cannabis through the goal of eventual legalization in the United States, the cannabis plant must be a force for good. Therefore, Dayton said, investments must be socially responsible as well as profitable.

“I’m only interested in investing in companies that are helping to end cannabis prohibition and are building cause-marketing and corporate social responsibility into their businesses,” he told Marijuana Business Magazine. “If my work isn’t making the world a better place, what’s the point?”

Arcview functions through the membership of more than 600 accredited investors who are invited to invest in cannabis companies that apply to present to Arcview staff and then go through a rigorous vetting process.

What initially attracted you and Arcview to cannabis investing?

I became an adult in 1995. That was when I began focusing most of my efforts on legalizing cannabis. I did small stints in the first dot-com boom and the renewable energy boom. Ultimately, I gave up my dreams of being part of a big business boom in order to do what was in my heart: work to end marijuana prohibition.

It had really never occurred to me that the work to end prohibition would lead to the next big business boom—not until about 2009, when (Harborside co-founder) Steve DeAngelo and I thought up The Arcview Group. We believed that, if we could help capital and talent into the cannabis sector, that in the end would become the engine that would drive the rest of the political progress needed to free this plant.

What is Arcview’s investment philosophy?

As Arcview’s (general partner) Jeanne Sullivan often says, “If you want to go fast, go alone. But if you want to go far, go together.” This industry moves so fast, and it touches so many other disparate industries, that it is frankly hubris to believe that two or three people in a fund or one high-net-worth individual can effectively evaluate opportunities in a vacuum.

We believe in tapping a broad network for deal flow, deal evaluation, for filling out rounds and then for helping that company succeed. Because Arcview has been the conduit to capital for hundreds of companies, we know most of the entrepreneurs raising capital. Humility is a rare trait in venture capital, but it leads to really listening to your network as you evaluate opportunities.

Who makes up Arcview’s investor base?

Back in the day, it was pretty exclusively angel investors who were looking to place $100,000-$500,000 in the sector, and a few of the large companies in the space—which, at that time, were companies doing more than $10 million in annual revenue.

Fast-forward to today and, just like the industry has matured and larger players have come to the table, so has Arcview’s membership. We now have a mixture of Fortune 500 companies, billion-dollar-plus MSOs (multistate operators) and other public companies looking for acquisition targets, small and large venture funds, family offices and angel investors.

What would you say is the company’s/your biggest cannabis investment mistake, and what did you learn from it?

The biggest mistake is that, in the early days, we focused on our short-term revenue as a company instead of taking more upside in the companies that came through. We had the opportunity to get upside in companies like Eaze, Ebbu, Tokyo Smoke, MedMen, Harborside, MJardin, Pax (Labs)/Juul, MJ Freeway, Anandia Labs and many more.

But when they were coming through, we were a bootstrapped company and couldn’t sacrifice current revenue in exchange for upside. Luckily, we were able to still build the broadest portfolio in the sector with upside in more than 100 companies—but I kick myself every day for not figuring out another way to fund the company in the early days so we could have taken upside instead.

Which cannabis sectors are you and Arcview particularly excited about right now? And which ones should perhaps be avoided?

It’s hard not to be excited about the potential of the CBD market. The growth potential and the lack of legal barriers is remarkable, but there is a lot of hype snake oil in that market, so it is not for the faint of heart. This is also a very important time for anything involving solid IP. Things like genetics, finding uses for minor cannabinoids, creating products that have specific effects or changing the form of how cannabis is consumed.

I think cultivation should be avoided. I know it is where most of the money is being made right now, so there could be a momentum play there. But if you are investing for building long-term value, it’s not in cultivation. Cannabis will eventually become a commodity agriculture product. The move to non-flower products will accelerate that. So much of the profit potential for cultivators is reliant on very limited licensing.

I’m always a bit perplexed by this question because, ultimately, it’s about the risk/benefit analysis, and that is very specific to each deal. Many investors have hard and fast rules about the kinds of deals or founding teams they will or will not invest in. But, for me, it’s all about value. If there is “hair on the deal,” are the valuation and the terms properly adjusted for that hair? If so, it could be the perfect play. If a deal has everything just perfectly in place, you are probably going to overpay for that deal. So, the real art is in accurately assessing execution risk and making sure that that risk is adequately adjusted for in the terms.

That being said, here are a few things I look out for that may be unique to me. I don’t want to invest into a company made up of all Ivy League MBAs or people from Silicon Valley or from Fortune 500 companies. They almost always underestimate how challenging the cannabis sector actually is. I also wouldn’t invest in a company made up of all people who have been in the sector for more than five years. They almost always can’t see the forest for the trees. They are too familiar with how the industry is (currently, which means) it’s very hard to imagine the future very accurately. I like teams with both groups represented.

How is cannabis investment changing compared with a few years ago?