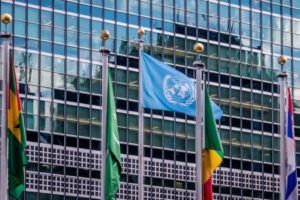 A meeting is scheduled for next week to discuss certain World Health Organization recommendations on cannabis and cannabis-related substances.

The United Nations Commission on Narcotic Drugs (CND) Secretariat earlier this month informed all permanent missions in Vienna about the meeting.

During the gathering UN member countries are expected to discuss the implications of recommendations regarding extracts and tinctures as well as CBD. The WHO’s CBD recommendation, if ultimately adopted, could lead to freer international trade in the cannabinoid.

According to an email the CND Secretariat sent to permanent missions in Vienna, the “first topical meeting of the intersessional considerations of the WHO scheduling recommendations” is scheduled for June 24-25. The email was obtained by Marijuana Business Daily.

The topical meetings, to be held behind closed doors, involve only UN-member countries and relevant intergovernmental organizations.

Next week’s gathering will be the first of a series of topical meetings to be held before December.

Member nations will have an opportunity to clarify and discuss unresolved issues stemming from the WHO recommendations.

That the CND is moving ahead with the plan is a positive sign for the cannabis industry, because it indicates the organization’s commitment to hold a vote on the recommendations in December. The vote was delayed from March.

The CND Secretariat also reminded the missions to register their delegates by June 16.

Two of the six WHO cannabis scheduling recommendations will be discussed in next week’s meeting:

The first recommendation, if adopted, would delete cannabis “extracts and tinctures” from Schedule 1 of the 1961 Single Convention on Narcotics Drugs.

Adopting recommendation 5.4 is not intended “to decrease the level of control of any cannabis related substance or narrow the scope of control,” the WHO previously clarified. It’s a change recommended mostly for consistency.

The main reason for the removal of “extracts and tinctures,” according to the WHO clarification, is to provide more certainty about the control “of all illicit products derived from cannabis, as cannabis preparations will be controlled in the same way as cannabis.”

If the recommendation is adopted, a footnote would be added to the cannabis entry in Schedule 1 of the 1961 treaty to clarify that preparations containing predominantly CBD and up to 0.2% THC are not under international control.

The CBD recommendation could have far-reaching implications, most likely easing international trade and control of CBD products.

However, many member countries and the European Commission are still unsure about the possible ramifications of approving Recommendation 5.5.

This was one of the reasons the expected March vote was postponed until December.

In its email about next week’s meeting, the Secretariat suggested participants consult available documentation about the two recommendations to be discussed this month.

Also, “to facilitate the dialogue,” the Secretariat sent an attachment with a list of issues to be considered for each of the two recommendations.

The list of “merely illustrative” issues, which was based on input received from member nations, includes economic, legal, administrative and other factors for each of the two recommendations.

Some of the proposed discussion issues surrounding Recommendation 5.4 include:

Suggested discussion topics for Recommendation 5.5 include: