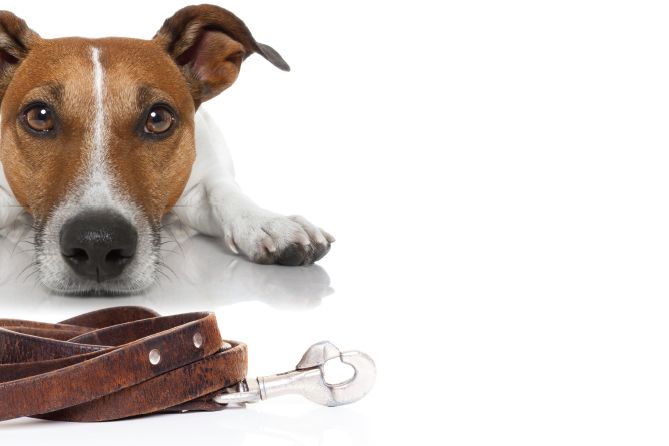 You may know dogs that need cannabis. They freak out when they hear thunder or fireworks. They flop pitifully in the corner with arthritis pain. Or they have nasty rashes that don’t go away.

It’s a little-known fact that people have been using cannabis products to treat their pets for years. All animals have cannabinoid receptors, even fish. And cannabidiol products are particularly popular with pet owners because they deliver therapeutic value without intoxication.

“Pets are the perfect patients for CBD,” said Alicia Whitt, a CBD sales specialist for Functional Remedies, a company in Boulder, Colorado, that sells CBD oils in more than 100 pet stores.

“With pets, there’s no placebo effect, because pets have no idea what you’re giving them and what it’s supposed to do. It either works or it doesn’t.”

There’s another reason why more and more cannabis companies are aiming for four-legged users. Pet owners in the United States spent more than $30 billion in 2016 on pet supplies, treatments and veterinary care, according to the American Pet Products Association, an industry group representing pet product manufacturers and importers.

Combine that staggering sum with overwhelming anecdotal evidence that dogs and cats respond well to cannabis therapies, and it makes sense that the marijuana industry is seeing a flood of new pet products.

But there’s no easy doggie door between the cannabis industry and the world of pet owners. Navigating the market for pet treats and nutritional supplements requires careful product development and a fresh approach to sales and marketing. Here’s what cannabis entrepreneurs need to know to do the same.

While there’s ample anecdotal evidence about animals and CBD, there’s a dearth of scientific research on this subject.

In some ways, however, pet owners and marijuana aficionados have a lot in common: They both build networks of passionate advocates who share advice and trade tips. That’s something cannabis entrepreneurs can capitalize on.

CBD producers who are succeeding in the pet market say they started by connecting with pet-owner shows and online message boards, then letting word of mouth spread their name. Producers say a few recommendations on pet-lover message boards can make a new pet CBD product boom.

“People might have a high-stress, high-anxiety dog, then they give them CBD and within seven days they’re walking with them. It’s like a different animal. And people tell everyone they know,” said Brian Tasker, director of sales for MYM Neutraceuticals, a company in Vancouver, British Columbia, that makes Dr. Furbaby CBD tinctures sold in both the United States and Canada.

Tasker recommends using firsthand experiences. He talks about his son’s bullmastiff, Eddie, and how CBD stopped the dog’s frequent vomiting.

“Make it personal. Humans and dogs, we all have the same ability to be treated by this,” Tasker said.

And don’t ignore veterinarians, still the most common source of pet medical advice, even though they’re unlikely to supply CBD products.

Few state veterinary boards have explicit policies on whether veterinarians can endanger their licenses by supplying CBD treatments. Broader legal uncertainty about CBD makes many veterinarians loath to touch it. But a handful of veterinarians are selling it, with no known case of veterinarians being sanctioned for doing so.

“I hear over and over again that clients come in and are angry we can’t prescribe cannabis for their pets,” said Dr. Sarah Silcox, head of the Canadian Association of Veterinary Cannabinoid Medicine.

CBD producers interviewed for this story report that even skittish veterinarians listen seriously when approached about offering a cannabis-based product. The key is to focus on the potential benefits to their four-legged patients.

Veterinarians say that any pitch should start with talk about safety.

“A lot of people sell (CBD) without actually knowing, ‘Is this safe for dogs?’” said Dr. Felix Duerr, a veterinarian studying CBD use for animal arthritis pain at Colorado State University. “Veterinarians worry first and foremost about the safety of animals, and we don’t know about the safety of all these products people are giving animals. So that’s why many vets won’t touch it.”

Another key to success in the pet cannabis market is to remember these products are not for people. Sounds like a no-brainer, but any serious attempt to sell cannabis products for animals will fail if that isn’t a primary consideration.

Dogs, for example, are 10 times more sensitive to THC than humans, said Dr. Lisa Parshley, a veterinary oncologist in Olympia, Washington, who has clients asking about treating their pets with CBD. That means trace amounts of THC that a human patient wouldn’t notice can give a pup a bad high.

And success in the pet-treat category can require more than quality CBD.

“The other ingredients need to be well thought out,” said Alexis Smith, manager of Teton Tails, a pet boutique in Jackson, Wyoming. Teton Tails carries a few CBD products but says it has declined entreaties from CBD makers offering products that included ingredients inappropriate for animals, or chemicals or dyes.

Any grain-based fillers, or sweeteners of any kind, are red flags – neither appears in an animal’s natural diet. And take a careful look at any peanut butter. Dogs love peanut butter, and it’s a common ingredient in dog treats, but an artificial sweetener found in some peanut butters, xylitol, is highly toxic in dogs and must be avoided.

“You’re looking for the full spectrum of healthy ingredients, not something made in China that doesn’t show a lot of thought about the animal consuming it,” Smith said.

It can also help to work with a brand that already has relationships with pet stores.

A Colorado company that makes “body part” chews – think bones and pig ears – has found success by adding CBD to its products already made for animals. BarknBig knows nothing about hemp production, and the company’s CBD maker knows nothing about pet products. They leverage each other’s expertise.

“We see a lot of CBD products formulated with grains and fillers, things that dogs don’t naturally eat,” said Erik Johnson, a partner at BarknBig. “The whole idea behind our company is to provide things that occur naturally, so this is a natural fit.”