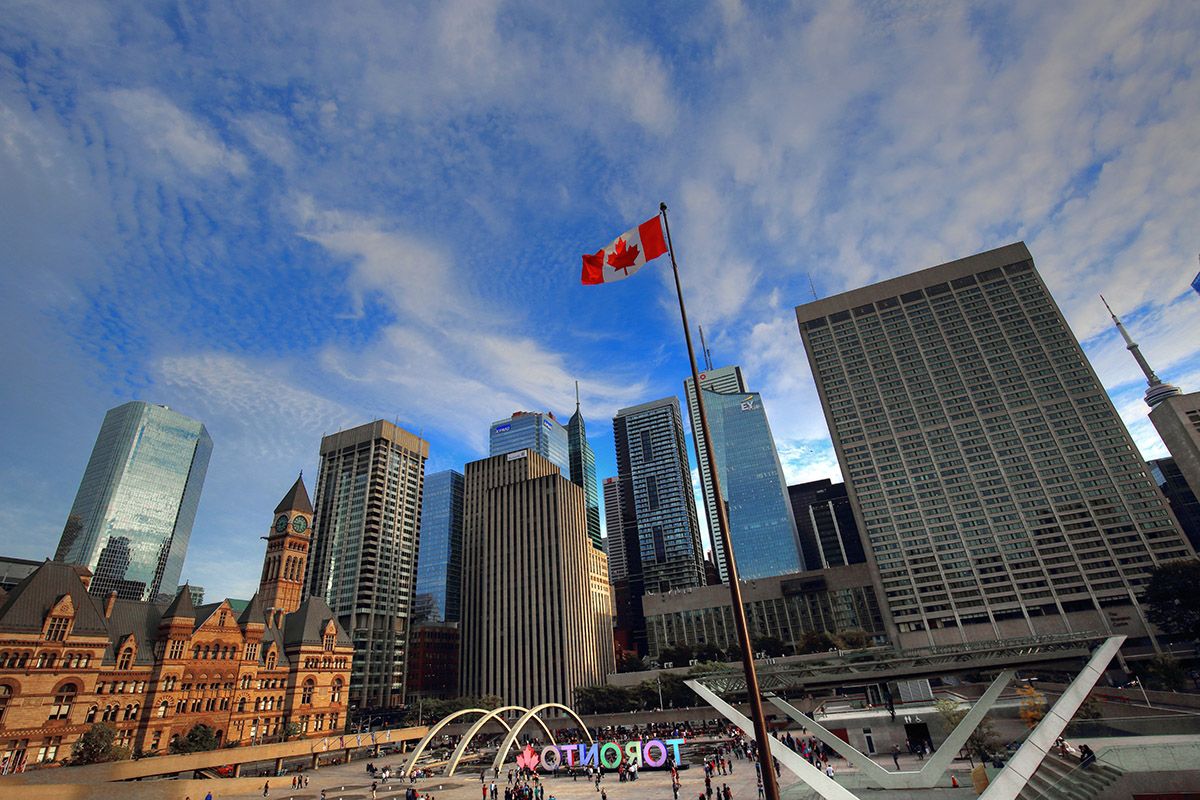 U.S. cannabis companies needing to raise a large pot of capital can’t list on the New York Stock Exchange or the Nasdaq. Both exchanges continue to bar U.S. plant-touching companies. Blame it on the federal government’s ban on marijuana.

The Canadian Securities Exchange (CSE), however, remains a welcoming public option. Roughly 70 U.S. marijuana businesses traded on the CSE as of early May. They include some of the best-known names in the industry, including Acreage Holdings, Cresco Labs, Curaleaf, Dixie Brands and iAnthus Holdings, to name a few. More recently, the newer NEO Exchange in Toronto has also started taking American marijuana companies, including New York-based Columbia Care, led by Goldman Sachs alumnus Nicholas Vita, in April, and Florida-based Jushi Holdings, led by former Deutsche Bank executive Erich Mauff, in June.

Listing on the CSE requires loads of work, money and time. But it can give your expansion-minded business the kind of capital that U.S. companies raising private rounds can only dream of.

“It comes down to the cost of capital. It’s having your stock freely traded, which puts a defined market value on your stock and almost creates a currency. To the extent that we want to be aggressive with M&A activity, you can use your stock, your paper, to complete transactions. And when your stock is performing, you don’t have to pay all cash,” said Ken Amann, the Chicago-based company’s chief financial officer.

Amann points to his firm’s $823 million all-stock acquisition in April of Origin House, a Canadian company with a large portfolio of brands and a major California presence. “That would have been a tough lift in cash,” Amann said. “The only reason we can do that is because we’re listed on the CSE with a market cap in excess of $4 billion. That gives us the ability to do a transaction of that size.”

Hadley Ford, CEO of multistate cannabis company iAnthus Holdings in New York, which listed on the CSE in 2015, agreed that it’s better to pursue acquisitions with Canadian shares than U.S. greenbacks. “If you’re going to be acquiring people, you can use cash, but there’s a big tax associated with that. You have to pay fees, and your stock usually trades down any time you need cash. It’s more efficient to use shares for acquisitions.”

U.S. companies typically take one of two routes to list on the CSE: initial public offerings (IPOs) or reverse takeovers (RTOs). Unlike the United States, where securities trading is regulated at the federal level by the U.S. Securities and Exchange Commission, Canada gives that responsibility to provincial securities regulators.

In an IPO, a private company applies with the CSE and to the provincial securities regulator in the province where the business is located. Once the exchange and the regulators sign off, the stock begins trading on the CSE.

In an RTO, the private company is acquired or merges with a public shell company already listed on the CSE, or alternatively a “shelf company” that is specifically created to go public but has no operating history. The private company then gains majority ownership of the ensuing entity and its listing through an exchange of shares or other assets.

Each route has advantages:

Time: While either method can take 18-30 months, the RTO is generally quicker, mainly because the paperwork is reviewed only by the CSE. An IPO requires longer regulatory review and comment periods.

The time of close to financing—or how soon your shares can begin trading after the deal has closed—is also shorter in an RTO because the company can begin trading when the transaction is announced and can potentially complete the capital raise in a private placement. In an IPO, you cannot begin marketing your company’s shares to investors until the preliminary prospectus is filed with provincial securities regulators—and you cannot raise capital until the final prospectus is filed.

Costs: IPOs cost more because they require more due diligence than RTOs. Why? Canadian securities regulators must approve the transaction, and there are liabilities attached for the issuer, underwriters and other parties, including such risks as the IPO underperforming or the company getting sued.

One of the biggest costs of an IPO is the underwriter’s commission, which is usually 5%-7% of the offering and is subject to negotiation between the issuer and the underwriter.

Liabilities and Dilution: In an RTO, cannabis company executives must scour shell companies for any past hidden liabilities (such as lawsuits) and must give up a percentage of shares to the shell company’s legacy shareholders, meaning stock dilution.

To avoid having to register and report to the SEC, U.S. companies must obtain Foreign Private Issuer (FPI) status, which is accomplished by establishing a business entity incorporated in at least one Canadian province.

With FPI status in hand, the IPO-minded company can focus on drafting the preliminary prospectus, which has all the disclosures that appear in the final prospectus, except for pricing details, number of shares and other material facts that change or are requested by regulators during the review process.

Drafting the preliminary prospectus involves numerous company executives and other experts. C-suite executives craft the business description and source key financial and nonfinancial data such as revenue, profits, debts and assets. Auditors prepare necessary historical financial statements and disclosures. Underwriters determine details about the securities offered, including price, how many shares should be offered and what types of shares, such as common or preferred.

After completing the preliminary prospectus and filing it for regulators to review, the underwriters conduct a “road show” that markets the securities to institutional investors and other investment groups.

Once the preliminary prospectus is filed, provincial securities regulators review and comment on the disclosures and will probably require the issuer to make changes or additions. For example, a regulator could ask for more information or clarifications about risks that are listed, audits, financial numbers, acquisitions or equipment purchases the company has made.

Finalizing a prospectus involves working with your lead underwriter to valuate your company and establish a price for the securities you plan to offer. To valuate a company, underwriters consider growth and earnings projections, price-earnings ratio, cash flow, balance sheets and other factors.

After accepting the final prospectus, provincial regulators will issue a receipt that, when received, will allow underwriters to start selling the securities. Once the listing is granted, listing conditions must be fulfilled and the securities must be posted for trading within 90 days.

The final settlement, or closing, generally occurs one to two weeks after the final prospectus is filed and regulators issue a decision document. At closing, your company’s securities are issued, the proceeds from the issues are delivered and shares begin trading on the CSE

Beyond assembling your team and record preparation, the first big step in an RTO is identifying a suitable shell company that has been scrutinized for undisclosed liabilities or other red flags.

Similarly, a cannabis business leery of shell companies with hidden histories can instead find a shelf company to merge with. Shelf companies are businesses established with all the requirements for going public, such as an appropriate number of shareholders, but unlike shell companies, they have no operating histories and, thus, no potential baggage.

This is the route iAnthus took to listing on the CSE, a process that started with establishing a business entity in British Columbia in 2013.

The main reason iAnthus went with a shelf instead of a shell company was because executives “didn’t want to have to deal with some security that came out of the woodwork with a shell company—some convert that no one knew about or some liability from a mining accident 10 years ago that wasn’t properly disclosed,” said Ford, the company’s CEO. “We wanted to keep it very clean, so we used a private company that met listing requirements rather than using a publicly traded vehicle.”

It was also important, Ford noted, to structure the merged entity in a way that it would be allowed to use the Canadian process for acquisitions in the United States without having to pay taxes.

Once the merger portion of the RTO process is done, the resulting company must prepare an information circular—a “prospectus-level” document—that includes many of the same drafting and review procedures required in an IPO. Unlike a prospectus, circulars are not reviewed by provincial regulators, just the CSE.

RTO-minded firms have the option of doing a private placement to offer securities to certain potential investors. This is done to ensure that the post-RTO entity can meet CSE listing requirements and has enough working capital to operate as a public company after closing.

The deal must also be approved by a majority of the shell or shelf company’s shareholders. This allows the cannabis company to file approval documents with the CSE, which in turn issues a final bulletin announcing the listing. Private placement funds are then released from escrow, and common shares of the resulting issuer begin trading on the CSE.

With the odds of federal legalization growing, major U.S. exchanges could soon be open to plant-touching companies. Does that mean public-minded marijuana businesses are skipping the CSE and waiting for U.S. markets to open?

“I don’t think it’ll peter out any time soon, even if the Nasdaq and NYSE open up,” said Scott Hammon, partner and chief operating officer of the MGO|ELLO Cannabis Alliance, an international business services firm headquartered in California.

“But you are seeing people rethink or re-evaluate, whereas 12 months ago, there wasn’t a reason to re-evaluate because people thought (federal legalization) would happen at some point. But some point is more like five years down the road, rather than maybe 12 to 24 months.”