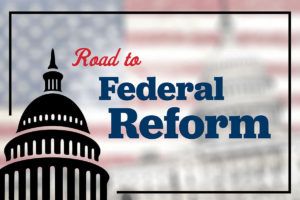 (This is the first in a series of stories from Marijuana Business Daily considering the current U.S. federal marijuana reform landscape.)

That’s a lot of distractions for federal lawmakers.

And they represent some of the big reasons why prevailing wisdom might suggest major cannabis reform at the federal level – which would open up massive new opportunities for marijuana businesses nationwide – is dead for 2020.

Cannabis industry observers say that while it’s unlikely the Republican-controlled Senate will pass a major piece of marijuana reform this year, they expect continued momentum, building on a historic 2019 in which:

The Cannabis Trade Federation, for example, spent $790,500 on lobbying through the first nine months of 2019, compared with $170,000 for all of 2018, according to Washington DC-based OpenSecrets.org, which is operated by the nonpartisan Center for Responsive Politics.

Why the MJ industry should stay engaged in lobbying

Banking reform, which would make it easier for cannabis-related companies to obtain the financing they need to run and expand their operations, seems to have one of the best opportunities of moving toward the finish line.

The Oregon Democrat noted that, amid all the distractions and discord in Congress, cannabis has seen increased attention and become an area for some bipartisan agreement.

Regardless of the progress or lack thereof this year, experts say, cannabis-related businesses must stay engaged in advocating for the kind of marketplace they want, because federal legalization might not be too many years away.

That means educating your congressional representatives on what the industry has learned from state regulations – what’s worked well, what hasn’t, how things could be better – according to David Mangone, director of policy for The Liaison Group in Washington DC, whose clients include the National Cannabis Roundtable.

“I think those conversations are starting to happen,” he said, “but not at the same level as other industries,” he said.

Here are some developments cannabis businesses will track carefully this year:

When is it likely that marijuana becomes legalized nationwide?

Michael Correia, director of government relations for the Washington DC-based National Cannabis Industry Association, predicted 2022 as the magical date for nationwide legalization during a recent discussion about reform on the social media site Reddit.

“When I began this job in 2013, I expected legalization to be an eight-10 year process, and I am in Year Seven,” Correia wrote in an email afterward to MJBizDaily. “I was having fun on Reddit, but actually believe it could be possible.”

A lot of variables would need to align though, Correia acknowledged, including the Senate flipping to the Democrats in 2020.

What follows is a list of potential outcomes this year as U.S. federal lawmakers consider legalization scenarios.

1) The full House could pass the MORE Act – but there’s no or little chance in the Senate.

Descheduling marijuana, of course, could lead to a massive transformation of the industry and additional business opportunities.

Still, eight House committees must pass or waive their jurisdiction to the MORE Act, and that process could take months more.

“It would certainly pass (the full House) but not with the margin we saw with the SAFE Banking Act,” Mangone said.

The MORE Act has only one Republican co-sponsor in the House at this point.

However, Sen. Michael Crapo, a Republican from Idaho who is chair of the Senate Banking Committee, has little incentive to champion a bill. After all, he represents a state that hasn’t even legalized medical marijuana.

But Crapo held a hearing last year on cannabis baking reform and, most recently, asked for input for a Senate version of a banking reform bill his staff is drafting.

“I think Crapo is sincere and genuine in trying to get a bill across the finish line,” Mangone said.

Crapo has floated some ideas, however, that might make the bill unpalatable to Democrats, such as a 2% THC potency cap on cannabis products for businesses to remain eligible for financial services.

If a version does advance, experts don’t believe Sen. Majority Leader Mitch McConnell, a Kentucky Republican, will allow a vote unless he thinks he can score political points.

For example, Mangone said, Republicans want to help Colorado Sen. Cory Gardner in what could be a tough race against the current Democratic frontrunner, former Colorado Gov. John Hickenlooper. This could be one way for McConnell to score points since Gardner is considered a leading marijuana advocate among Republican senators.

3) More cannabis hearings might occur, especially in the House.

In addition to multiple Energy and Commerce hearings, experts say other issues such as veterans’ access to medical marijuana are likely to receive hearings.

Even if the 2020 session is unproductive in terms of getting a measure across the finish line, Correia wrote, the marijuana industry should pay careful attention this year since these are “exciting times with the Democrats wanting to address many issues related to cannabis.”