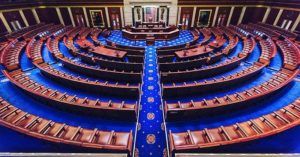 Even if the measure passes the full House, the Republican-controlled Senate currently is seen as a formidable and unlikely barrier to cross before the 2020 elections. The bill is being carried in the Senate by California Democrat Kamala Harris.