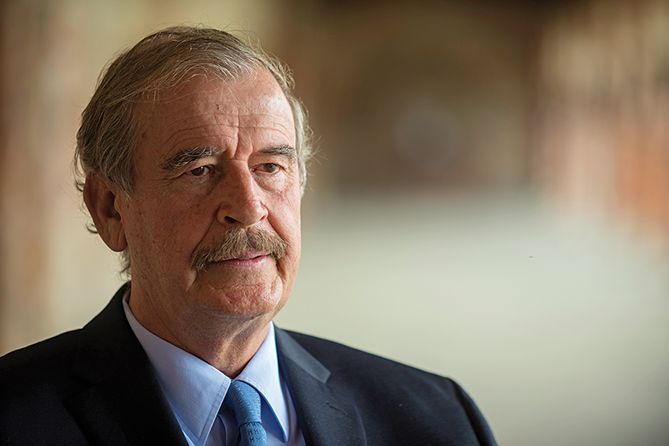 For years, former Mexican President Vicente Fox was bullish on launching a legal medical marijuana market in the country he led for half a decade. And now? He’s less optimistic. “I moved from very optimistic time-wise to neutral, because I don’t see things happening. But it will happen very soon. I don’t have any doubt,” Fox said.

The former president has had a sour taste in his mouth since earlier this year, when the current government revoked key industry guidelines used to issue dozens of medical licenses. Among the permits scrapped was one held by the Mexican subsidiary of Khiron Life Sciences—one of the companies where the former president sits on the board of directors

Fox—also a former CEO of Coca-Cola Latin America—said the lesson businesses and regulators can take away from the experience is the importance of maintaining constructive communication to make sure successful legislation is converted into successful public policy. Marijuana Business Magazine caught up with Fox in Toronto to discuss how (and why) businesses should be active participants in drafting rules for Latin America’s heavily regulated cannabis sectors.

How can businesses work with governments to advance or improve regulations for cannabis?

The “how” is a complicated question, but the “must” is necessary to building healthy industry and healthy economic sectors.

Usually, governments do not know much about business, markets, products and especially cannabis, which is so new. So we must connect with authorities. We must influence their decisions, because once they make a decision, they convert that decision into public policy, or even a law going through Congress. And then it’s very difficult to change.

So, at the very beginning, we should approach authorities in every new market we enter and try to be part of forming of the industry and public policies.

What’s the holdup with the medical cannabis sector in Mexico?

How exactly is that holding up the industry?

He’s not receiving visitors. He’s not promoting dialogue. He’s not working with industry. That’s taking a lot of time and delaying the most important regulatory decisions.

There are billions (of dollars) coming into the medical industry (globally), and Mexico is not benefiting from that. The sooner we can sit down with this guy, the better. We want to let him know our experiences in other parts of the world. What business is like there, and how we can work within the regulations.

What important decisions still need to be made in Mexico?

The regulations. The law approved the medical use of marijuana. To operate a law, you always need regulations. You cannot move into the market without regulations. That’s what we’re waiting for. That’s the bottleneck that’s delaying the whole industry.

Once the regulations come to be, (the country) will immediately proceed with recreational use. So, both will come to be very soon.

How can businesses lay the groundwork to commercialize their medical cannabis products before the regulations are active?

You forecast, envision, get your distribution channel ready. Who’s your retail partner?

Then, when the products are ready, you can put them in the distribution channel. Clinics, too.

We’re very confident things will happen. We have such high confidence and conviction this is going to happen that (Khiron is) already investing a lot of money opening offices, hiring executives, holding a lot of seminars and culture-building with doctors, hospital directors, health authorities and citizens.

In Mexico, we are doing everything we can to be prepared and ready to start as soon as the regulations are released.

Let us know what you thought about this special international report by emailing magazine@mjbizdaily.com.