The Washington Liquor Control Board has begun publishing all sales activity on its site in an effort to help banks and credit unions keep an eye out for possible illegal activity – and decide which marijuana businesses are okay to do business with. 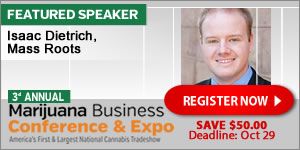 The move helps entrepreneurs get an idea of how much revenue a particular MMJ business is bringing in, which could help them develop their business plans. It also allows existing shops to get some insight into their competitors.

“The more information that’s out there, it helps (banks and credit unions) know their customers and gives them an opportunity to identify behavior that’s not what they thought it would be,” a spokesman for the Washington Department of Financial Institutions said.

Sales data isn’t immediately obvious; to find it, first go to the Liquor Control Board’s site, and then open the link for Marijuana Sales Activity by License Number. That leads to a spreadsheet. The sales data isn’t listed by store name, so to figure out who’s selling how much, cross-reference license numbers with the Marijuana License Applicants link, which leads to another spreadsheet. To look up violations, click Marijuana Education and Enforcement Data.

The site lists several fines the state has already handed out for various regulation violations, such as failing to use or maintain a tracking system for marijuana plants.

In February, the U.S. Department of Justice and Treasury Department came out with joint memos that outlined guidance for financial institutions wanting to do business with companies in the marijuana industry. Though some credit unions are reportedly granting accounts to cannabis businesses, many banks remain hesitant to follow suit since marijuana is still illegal under federal law.