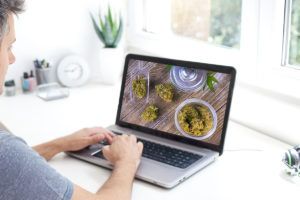 California-based Weedmaps has lived up to the pledge it made in August of dropping unlicensed marijuana retailer ads from its site by New Year’s Day.

But there’s a caveat: The self-published nature of Weedmaps’ platform, combined with its lack of vetting ads before they go live, has given illicit businesses an avenue to keep at least a limited presence on the site, several industry insiders said.

The end of 2019 marked a key milestone for the online advertising giant – and for its critics in the legal California marijuana market who have demanded the company stop running ads for illicit competitors.

Jan. 1 was the deadline Weedmaps had set for itself to require all its California clients to submit valid state license numbers.

In an emailed statement to Marijuana Business Daily, Weedmaps said that “hundreds of our retail and brand partners” have provided state license numbers, but the company did not offer specifics on how many ads were dropped or how many businesses are currently advertising on the site in California.

“This was the right decision,” a Weedmaps spokesperson wrote to MJBizDaily. “However, the severe shortage of licenses in the state of California at the local level is real and will be detrimental to this industry at large.”

According to Sacramento-based consultant Jackie McGowan, Weedmaps apparently has scrubbed its site of roughly 2,700 underground marijuana shops and delivery services in California.

By McGowan’s tally, on Dec. 31, there were 5,610 listings on Weedmaps in California for various marijuana retailers.

There are 1,181 legal retailers in the entire state, including licensed shops, delivery services and microbusinesses, although not all of the latter engage in retail.

That means Weedmaps could still be carrying ads for up to 1,700 unlicensed marijuana retailers, McGowan said. She suspects many of them are illicit dealers, but how many remains unclear.

“They are semi-living up to their self-imposed mandate to remove these listings,” McGowan said. “They are failing to conduct due diligence on the authenticity of license numbers unlicensed businesses are supplying to their site.”

“The same licensee often has multiple listings,” the source said, noting that at least one delivery company has “several hundred” listings and that doctors, CBD stores and other businesses are included.

McGowan noted that the site has been in near-constant flux since Jan. 1, with many ads changing in various ways.

One workaround that illegal shops have found is to simply poach state license numbers from legal companies and pass them off as their own, as a way to keep their contact info on Weedmaps for customers to use.

That’s an issue Hayward-based Garden of Eden ran into last year, according to the company’s attorney, Pamela Epstein.

Epstein said Weedmaps should adopt stronger filters for the self-publishing ads to keep illegal retailers off the site, adding she believes the company’s approach thus far has proved more reactive than proactive.

Another workaround some shops have found, McGowan said, is to change the store name and to use keywords such as “hemp” or “CBD” to alter the retailer’s profile.

For instance, one Weedmaps ad on Jan. 2 – for a retailer identified as Kush 20 House in Pasadena – displayed an adult-use retail license number that actually was the distribution permit number for Kushy Punch, a permit that state regulators revoked in November.

By Jan. 6, the name on that listing had changed to Kush House CBD, it was identified as a CBD store, and no state license number was displayed. The store’s menu had also been taken down and its hours adjusted to a 10 p.m. closing time instead of the previously listed 1 a.m. close.

But the address remained the same: 1644 E. Walnut St., Pasadena.

Weedmaps indicated that it’s been addressing ads that mislead consumers and has urged legal shops to contact the company if they find their license numbers are misused.

But Weedmaps also reiterated that its ads are self-published.

“If an advertiser’s license information is flagged, we reach out to that advertiser to notify them of the discrepancy and request they review and correct any errors in their information,” a Weedmaps spokesperson wrote in an email.

“If the advertiser does not take action to correct the information, they are removed from the platform upon completion of the review if they do not provide a valid license number.”

Attorney Epstein confirmed that Weedmaps addressed the misuse of Garden of Eden’s information twice since October on ads that wrongly included her company’s information.

The L.A.-based United Cannabis Business Association (UCBA), one of Weedmaps’ most vociferous industry critics, offered an olive branch when asked for comment.

“We are glad to see that Weedmaps has begun working to remove unlicensed listings,” UCBA Executive Director Ruben Honig wrote in an emailed statement. “The removal of these shops … gives Weedmaps the opportunity to work as partners with Californians and the legal industry.”

Adam Spiker, executive director of the L.A.-based Southern California Coalition, said he’s “going to take them (Weedmaps) at their word and hope for the best.”

“I hope … they were true to their word. Because it will help the legal industry, and it can use all the help it can get. It’s dying,” Spiker said.

Despite Weedmaps’ efforts, McGowan said state regulators should take a stronger stance against the company and its advertising policies since a law that took effect last summer authorized the Bureau of Cannabis Control (BCC) to fine companies such as Weedmaps up to $30,000 a day per violation.

Regulators not acting yet

The BCC jumped into the Weedmaps fight in 2018 by sending the company a cease-and-desist letter regarding its advertising for unlicensed marijuana companies.

But Weedmaps claimed protection under federal law, and state regulators have taken no action since then, despite the BCC’s new weapon of hefty fines.

The power to levy fines against unlicensed companies such as Weedmaps was established last summer by Assembly Bill 97, and can apply to any company that the BCC deems to be engaged in commercial cannabis activity.

BCC communications chief Alex Traverso wrote in an emailed statement on Jan. 2 to MJBizDaily: “If the state finds that Weedmaps advertises illicit operators, then it will be treated like any other enforcement action. The Bureau does not provide comment regarding ongoing investigations.”